Married women often hold on to their wedding dresses as a memento of the happiest day of their lives. But when Katie Swantek recently laid eyes on hers for the first time since her wedding, it was like a punch to the gut.

In May 2019, the Nebraska mom lost the love of her life and the father of her child. She and her husband, Brett, a volunteer firefighter, were kayaking in the Loup River when an undertow sucked him underwater, killing him. His body was found 10 days later. 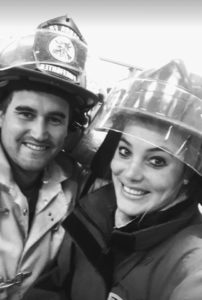 Katie was left to raise their 3-year-old son, Lane, alone. The months since Brett’s death have undoubtedly been the hardest of their lives. But Katie says the worst day came when while organizing her storage rooms, she found her old wedding dress. 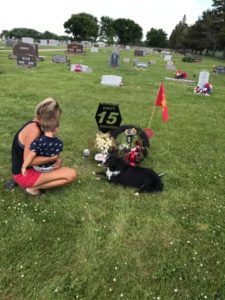 The widow didn’t think twice about slipping the dress on, which still fit. She spent the rest of the day wearing the gown, watching her wedding video, and crying.

“I was the happiest girl on the planet the last time I wore that dress,” Katie wrote. “Now, I found myself more depressed than ever while wearing it—being faced with the reality of no longer having the husband that I married when I wore it.” 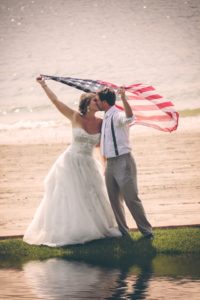 But through the darkness of her grief, an idea came to her — a glimmer of hope after loss. Katie remembered a classic “Friends” episode and called up her friend and wedding photographer, Miranda Helmuth. Then she invited a group of her married friends over, asking them to bring their wedding dresses. 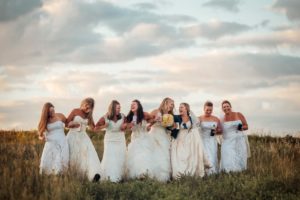 Katie wanted to make new, happy memories in her wedding gown. And she knew there was no better way to do so than to have a photo shoot with all her closest friends wearing theirs alongside her. 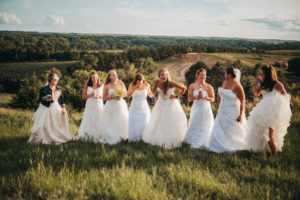 “When eight girls showed up in their wedding gowns last night to just be silly and drink beers and eat pizza with me, I think I was the happiest bride on the planet again!” Katie wrote. 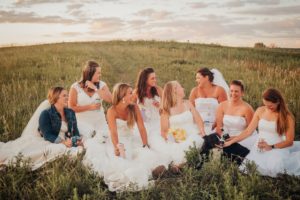 The group laughed and enjoyed each other’s company as Miranda snapped photo after photo — perfectly capturing the essence of that “Friends” episode in which Rachel, Monica, and Phoebe wear wedding dresses to cheer themselves up.

Katie also posed alone for incredibly touching shots, wrapped in the American flag that was presented at Brett’s funeral. 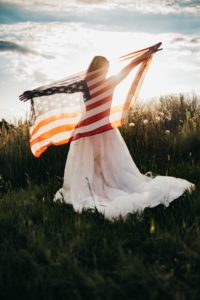 “The last time she held that small flag, her husband was on the other end of it,” Miranda wrote.

“I will never be the same; we undoubtedly loved each other so much. And he told me that everyday,” Katie added. But she says the photo shoot, as well as her supportive friends, have brought her immense comfort. 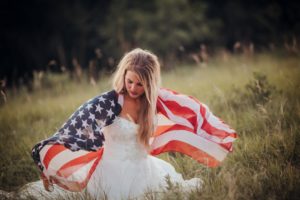 It was needed and it was fun and there wasn’t a time when I felt like I needed to break off and cry because I had all of this awesome support around me. Had [Brett] not passed away, I know he would have said, ‘go do it, if that’s what you want to do and you think you can get the people together then do it. 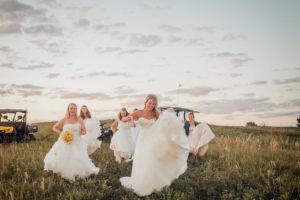 While Katie will still feel the sting of her loss whenever she looks at her wedding dress, she’ll also smile, remembering the beautiful day she spent with the wonderful ladies in her life.

Check out footage from the shoot in the video below, and don’t forget to share.