With the constantly rising cost of college tuition, parents start saving for their kids’ education as soon as they are born. Not only that, but the kids themselves are often holding down jobs throughout high school in an effort to save as much as they can to avoid going into debt for their degree.

12-year-old Jaylin Clyburn is way ahead of the game when it comes to saving for school. Earlier this summer he decided to start his own lawn mowing business to start saving for college – little did he know that it would explode and he’d end up with some very high-end clients.

Jaylin decided to start mowing lawns as a way to save money for college because he “didn’t want to burden” his mom financially with the cost of tuition (we could end the story here since he’s the sweetest 12-year-old ever, but it gets even better!). He decided he wanted to cut grass because it would help the community in the process of helping him save money.

He started off like most other kids would by posting an advertisement for his service on Facebook. His ad caught the attention of a man named Joe Lalino who decided to go out on a limb and hire him to tend to his yard. Jaylin spent four hours making sure Joe’s lawn was perfect on his first visit, and the two struck up a friendship/mentorship. 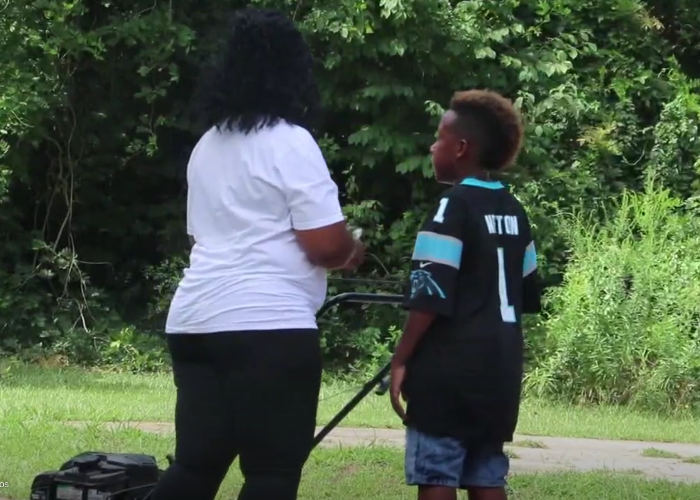 Joe helped Jaylin make some flyers for his business and taught him to put them everywhere, in doors, in newspaper boxes, on car windshields, anywhere he thought he could get a new client. Joe wanted to help Jaylin succeed, and it worked because soon enough the news was reporting Jaylin’s story and he was getting all kinds of new business.

One of his best new “clients”? The Carolina Panthers. Once word of Jaylin’s business (and his love for Cam Newton) made way to the team, head coach Ron Rivera arranged for him to come “work” at the stadium and get a little surprise. 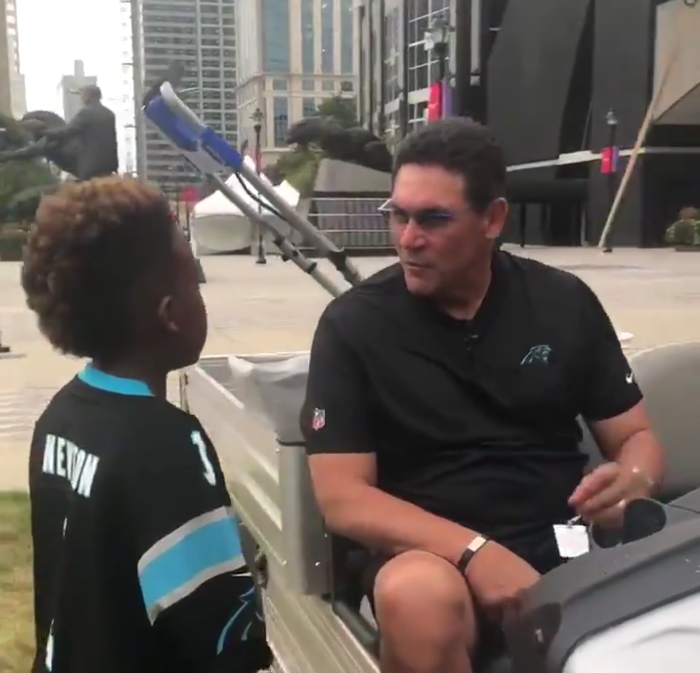 The team was so impressed by the superfan’s work ethic they made him a “member of the grounds crew” and partnered with their sponsor, Lowes, to gift him with a brand new lawnmower (complete with a Carolina blue handle).

As if that wasn’t enough, Jaylin also got an official grounds crew shirt, a hat, and a football signed by his hero, Cam Newton. 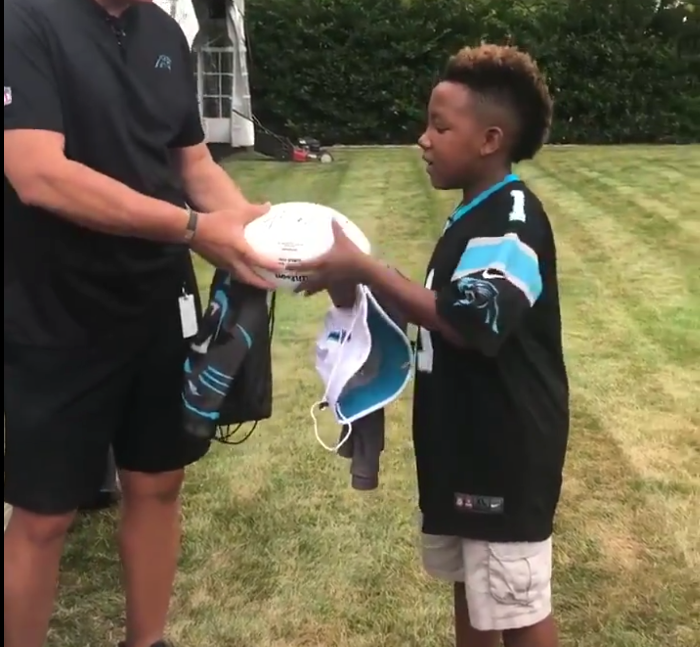 According to Jaylin’s mom, the 12-year-old “hasn’t stopped talking” about his visit with the Panthers coach since it happened. He’s over the moon about his new equipment and plans to continue to work throughout the school year “as long as he doesn’t have homework”. He’s well on his way to saving for college, too, because after only one summer he’s already banked around $900!

Check out the video below to watch Jaylin’s surprise from the Panthers. Don’t forget to share the story with your friends!

12-year-old Jaylin Clyburn started mowing lawns to save for college this summer.@Lowes and @RiverboatRonHC heard his story and got him all new equipment for his growing business ? pic.twitter.com/PmlcdiQXH8