The mainstream media would have us believe that the world is falling apart, but we are here to highlight this simple truth – where darkness abounds, the light shines brighter still.

This was certainly the case recently when a UK bus driver stopped dead in his route to come to the aid of an elderly man walking along the sidewalk. The driver, Jackie Downie, noticed the old man walking with a cane and had shoelaces that were not tied. Fearing the elderly man would fall during his stroll, Downie stopped his bus and leapt to the aid of the unnamed elderly gentleman. Without hesitation, Downie bent down to tie the senior citizen’s shoes for him. 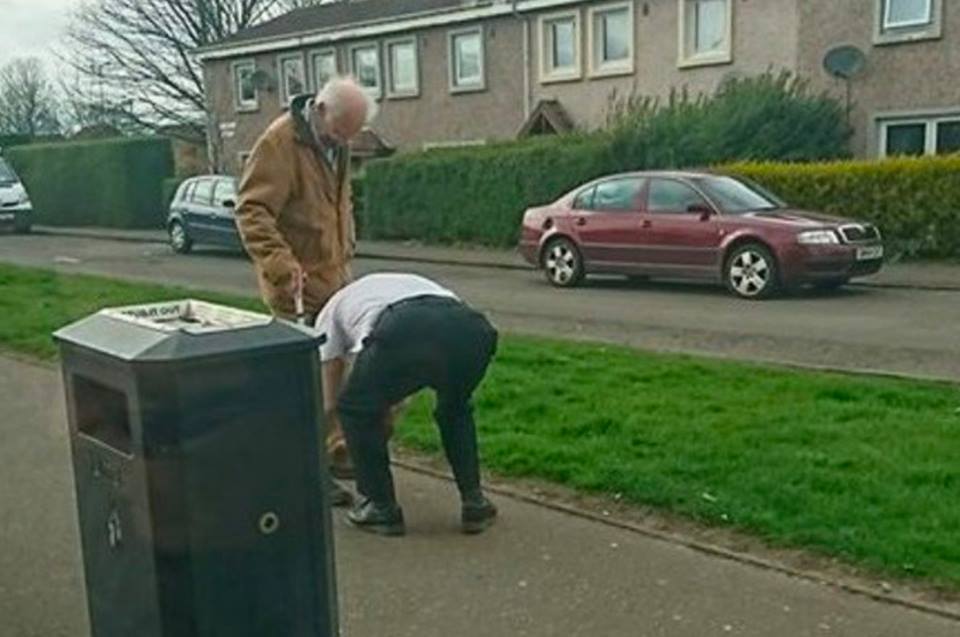 Commuter Leah-Ashley Brown captured the photo below of the sweet moment and posted it to Facebook where it is spreading like wildfire. People couldn’t get enough of his simple gesture for the elderly man.

Gemma Mitchell said, “Jackie Downie, such an amazing Gentleman. He goes to the bowling club my Dad goes too. Known him for years and he ALWAYS buys everyone a drink. Well done Jackie.”

Jennie Brown said: “Good to see. Only takes two minutes but I bet this gentleman appreciated for rest of his day.”

Strangers and old friends alike continue to laud the bus driver with praise and affirmation. We’re sure Downie never meant to become internet famous, but we couldn’t be happier with the reason.

Share and start a kindness movement. It may only take a few minutes to make someone’s day!