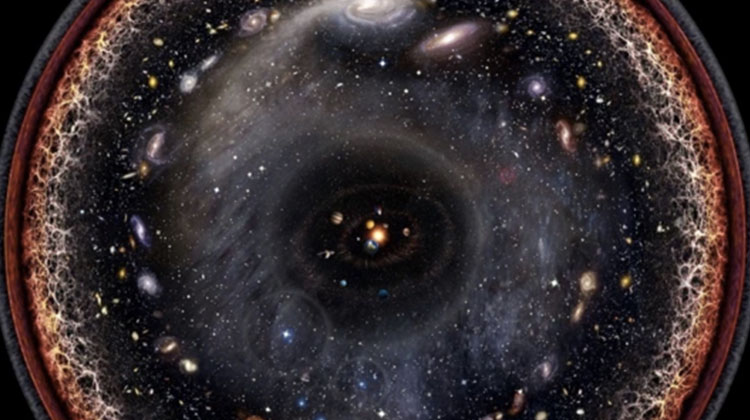 Space is incredible. It’s sheer beauty and enormity is enough to make anyone feel small, but it’s this characteristic that makes our very existence on earth more miraculous still.

What if the vastness of space could fit in one image? As far fetched as the idea sounds, artist Pablo Carlos Budsassi was able to do just that.

The breathtaking image below is Budassi’s illustration of the known universe. 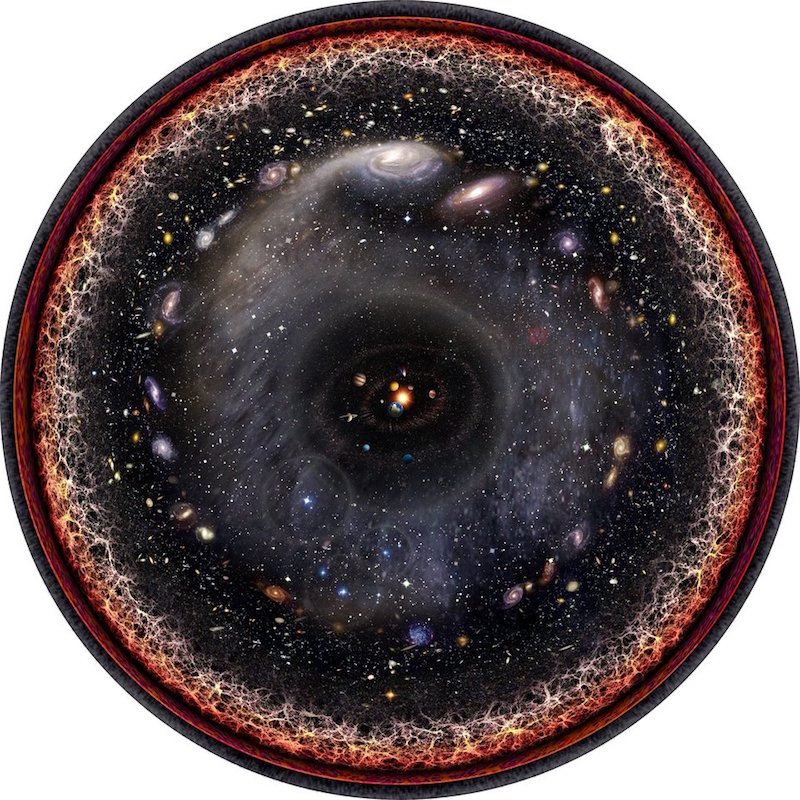 Our sun and solar system are at the center of the stunning disc of color. Encircling them are the inner and outer planets; the Kuiper belt, Oort cloud, Alpha Centauri star, Perseus Arm, Milky Way galaxy, other nearby galaxies including the Andromeda galaxy, the cosmic web, cosmic microwave radiation, and, at the very edges of the image, quark-gluon plasma we’ve yet to see beyond.

Using special maps and images from the Hubble Space Telescope, Budassi was able to dream up his beautiful illustration. Pictured below is a closeup of the original rendering.

I think I can see my house from here… 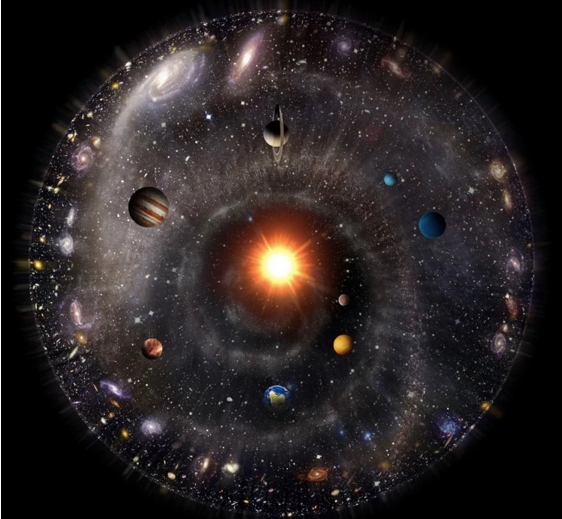 With the sun in the middle, Budassi moved outward from the 9 planets of our solar system to the observable galaxies beyond, asteroid belts and black holes included.

To fit the entire known universe into a single illustration is truly a breathtaking feat.

The idea for the illustration struck Budassi while making crafts for his son’s upcoming birthday party.

“When I was drawing hexaflexagons for my son’s birthday souvenirs, I started drawing central views of the cosmos and the solar system,” said Budassi, “That day the idea of a logarithmic view came, and in the next days I was able to [assemble] it with Photoshop using images from NASA and some textures created [on] my own.”

Budassi’s insight puts the beautiful uniqueness our world, and our existence in it, into perspective. I for one am thankful to be here.

Here’s the Takeaway: Look closely. You are a tiny, tiny speck in a grand universe.  In other words, life is not all about you!  It’s a freeing perspective that should lead you to relax and enjoy where you are.

Share with your friends if you were inspired by Budassi’s breathtaking illustration of the known universe!