With the threat of Hurricane Dorian looming over the East Coast, many have been forced out of their homes in South Carolina, leaving everything behind.

Amid the fear and chaos, hope can still be found in everyone who’s stepped up to help evacuees however they can. Jermaine Bell may only be six years old, but he’s one of them. In fact, the little boy from Allendale is making headlines with his selfless decision to make evacuation just a little easier for the hurricane’s victims. 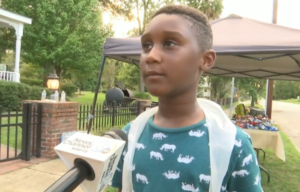 Jermaine turns 7 years old this weekend, and he had big plans for his birthday celebration. His mom and dad have been saving up for a while to take him to Disney World. But when Jermaine, wise beyond his years, heard about the impending devastation, he came up with a better way to use the money. So he told his parents to cancel the trip. Then he got to work making signs to hold and set up along the side of Highway 125. 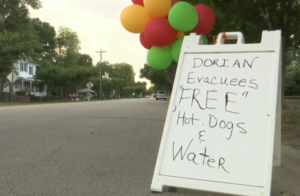 Jermaine bought hot dogs, chips, and bottles of water with the birthday money. And he handed all of it out to close to 100 evacuees traveling on the road — for free. 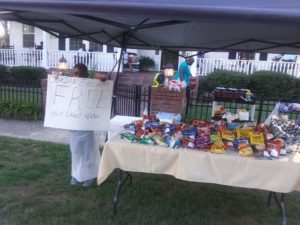 When reporters asked why Jermaine would give up a coveted trip to Disney, he had this to say, “I wanted to be generous and live to give.”

“He actually even prayed for a family while they were here in reference to their house being okay when they got back, so that was really tear dropping,” said Aretha Grant, Jermaine’s grandmother. She helped her grandson give out food and water, and says he’s been a blessing to evacuees. 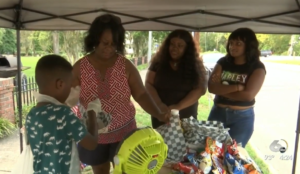 While Jermaine would still love to go to Disney World sometime soon, he knows he’s doing the right thing. His money was much better spent easing the journey for people less fortunate than him. Clearly, this is a kid who cares a ton about others. And his compassion definitely isn’t going unnoticed.

Learn more about the little hero in the video below, and share to give him the recognition he deserves!

Each year, Emily Domenech visits Arlington National Cemetery in Virginia with her family to honor their hero, her grandfather John Domenech. John was an Army colonel who served in World...

This Little Boy Was Living In A Garbage Dump — Until The Internet Stepped In!

Aaron Murphy is no stranger to poverty. The young humanitarian has devoted his life to "blessing strangers" in Latin America, using nothing but the power of his millions of social...

‘I don’t even recognize myself. I look tired. I look like I’ve let myself go. I look angry. I look really rushed.’: Mom realizes ‘there is only so much of me and I need to find balance’

Get more stories like this in your inbox! Sign up for Smile, our free daily good news email read by over 825K people! “I Never Knew Being A Mother Would...