Imagine going with your family to purchase a small dog – like a chihuahua – and bringing it home fully prepared to care for the tiny pup. Then, as time goes by you realize it’s not a chihuahua at all, it’s actually a great dane.

Steve Jenkins and Derek Walter found themselves in a similar situation when they adopted 3-lb pig, Esther. They thought they were bringing home a miniature pig but ended up with what the world now knows as “Esther The Wonder Pig”. 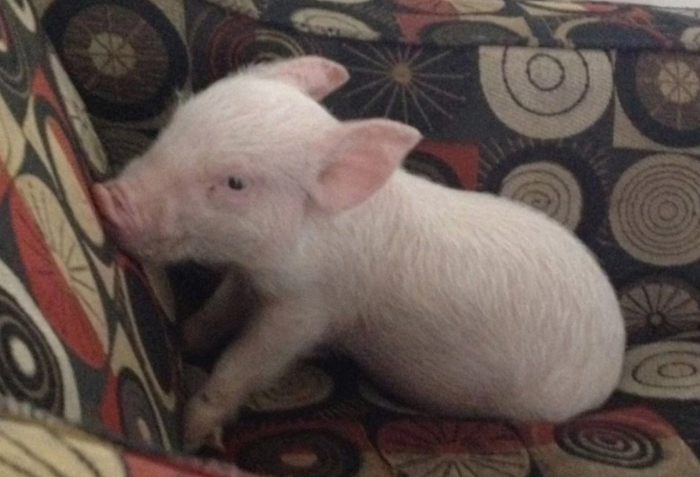 In 2012, Steve got a call from a friend asking if he’d be interested in adopting a micro piglet. He didn’t hesitate to say yes, because how hard can it be to take care of a tiny pig? He figured it would be like owning another dog, and was told she would not grow to be more than 70lbs.

However, after adopting sweet Esther, Steve and Derek took her to a local vet who gave them some troubling news – they hadn’t adopted a micro piggy at all, they had adopted a commercial pig who could grow to be 250lbs. Except, the vet was wrong, too. 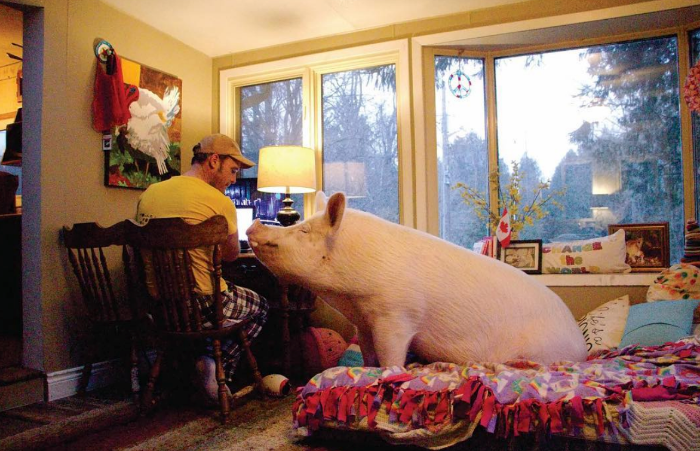 Today, Esther is an amazing 650lbs! She is still their “pet” and has formed a strong bond with Steve, Derek, and their other animals. The guys fell in love with her and decided they had no other choice but to just make room for her in their home.

Over time, they realized just how smart Esther is. She has become completely domesticated and can open doors, cabinets, and the refrigerator. She’s also potty trained to either use a litter box or go outside. 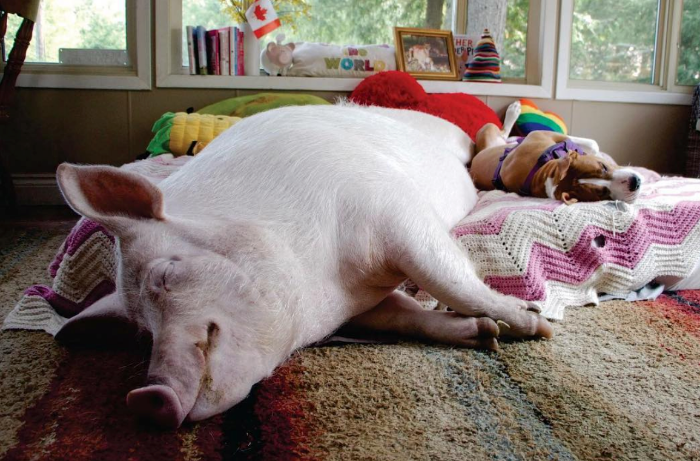 Since Steve and Derek’s lives were changed for the better thanks to Esther, they decided to write a sweet children’s book about her, “Esther the Wonder Pig”, which became a NYT bestseller. In fact, Esther and her book are so popular that they are headed to Hollywood where her book is being adapted into a movie! 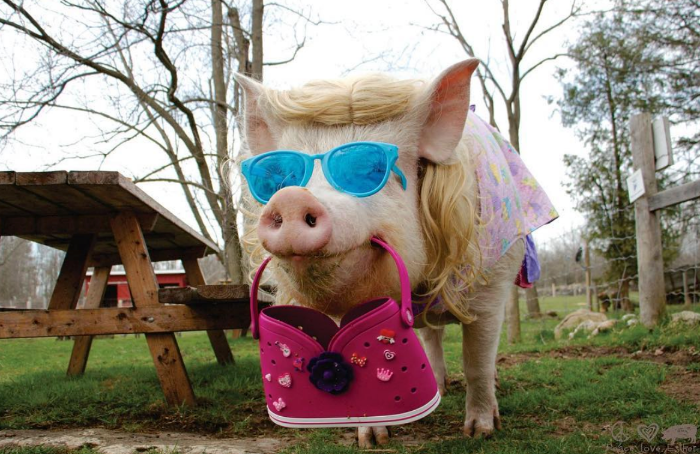 Esther’s presence in Steve and Derek’s lives has been nothing short of a blessing. The silly, sweet pig has been surprising them over and over again since day one and doesn’t seem to have any intention of stopping!

Follow Esther’s adventures on her Instagram page and be sure to spread her story and the joy she brings by sharing this with your friends!