Every parent knows that feeling of dread when they realize they’ve misplaced their child’s most beloved toy.

When Allison Kuykendall of Oak Hill, Virginia took her kids to the Doubletree by Hilton Richmond Midlothian in Richmond, Virginia, her youngest daughter Juniper brought along her favorite stuffie, a raggedy dog toy called Ruff Ruff.

Juniper never goes anywhere without Ruff Ruff. They’re practically inseparable! Allison says they spent the weekend at a soccer tournament, but when they got home they realized the worst had happened. They left Ruff Ruff behind at the hotel!

Allison called the hotel and explained what had happened. She hoped against hope that maybe they’d find the toy and return it to her devastated toddler. Instead, the hotel went several steps further! A few days later they received a package in the mail. 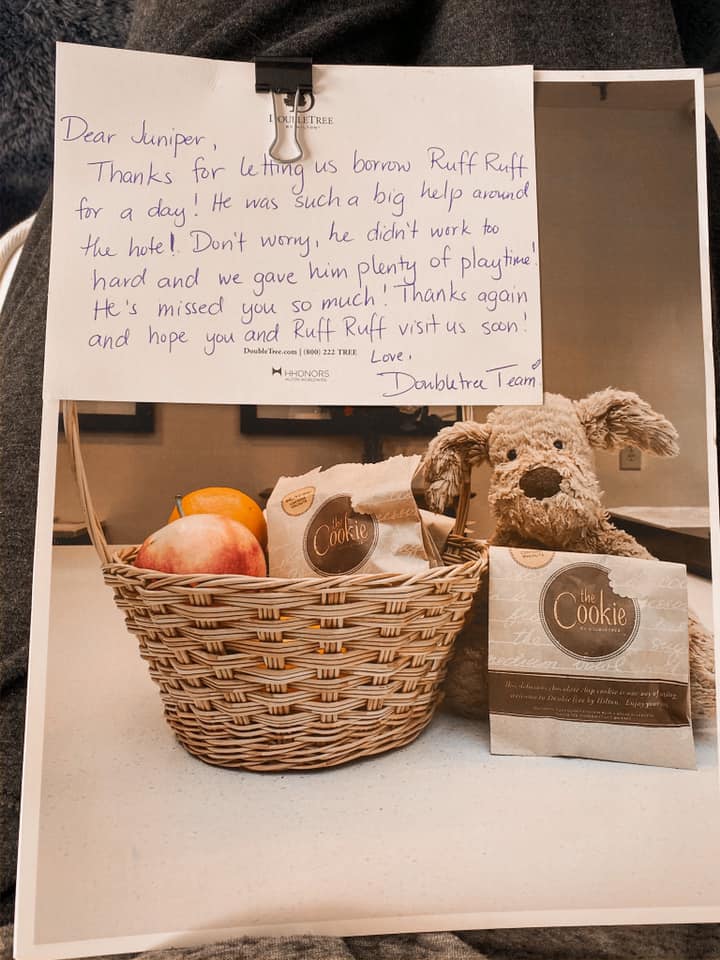 Ruff Ruff was inside the box! Unexpectedly, there were a few other items included in the Doubletree package as well, including a personal letter to Juniper and several photos of what Ruff Ruff had been up to during his unplanned vacation away from his family.

The pictures are flat-out adorable! The staff clearly had a lot of fun showing off Ruff Ruff’s trip. 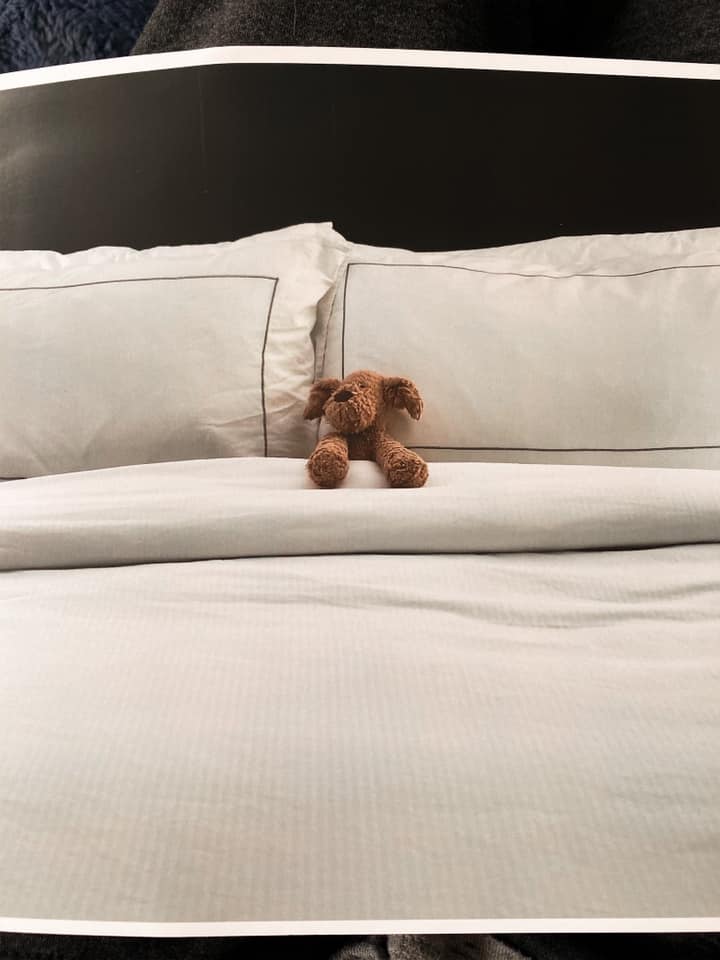 The letter inside said:

Thanks for letting us borrow Ruff Ruff for a day! He was such a big help around the hotel. Don’t worry, he didn’t work too hard and we gave him plenty of playtime! He’s missed you so much! Thanks again, and hope you and Ruff Ruff visit us again soon! 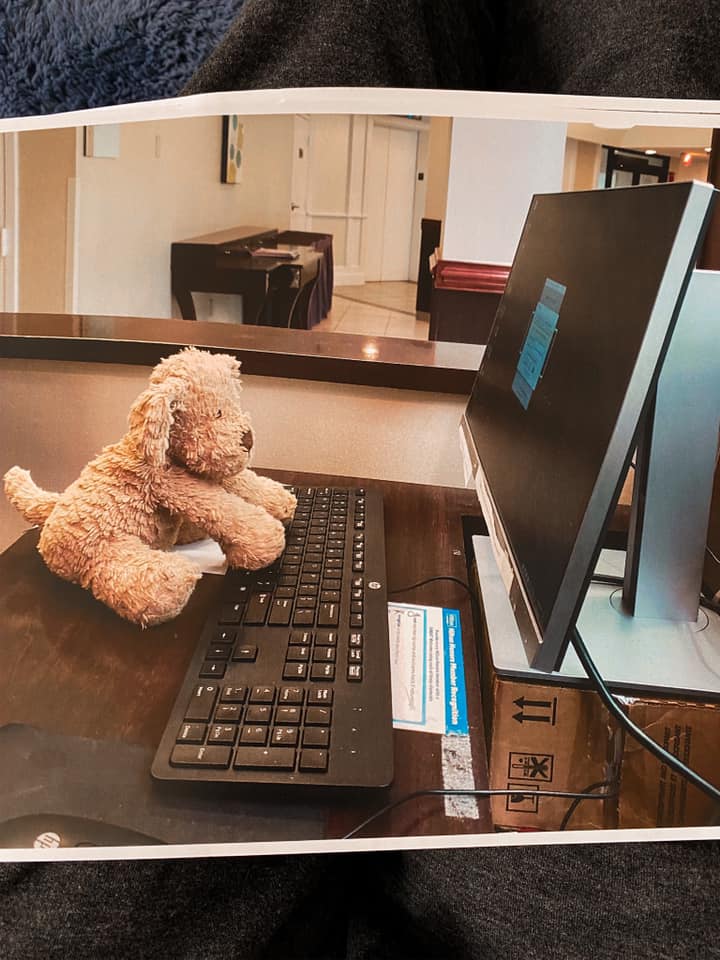 Allison shared the series of cute pictures of Ruff Ruff “helping out” at the Doubletree on Facebook.

“As many of you know, she loves her ‘Ruff Ruff’,” she wrote. “He goes everywhere she goes. Sadly, we realized we left him behind last weekend at our hotel in Richmond during the girls’ soccer tournament. I called the hotel when we got home to ask if anyone had seen him. A few days later we get a package and much to her surprise Ruff Ruff was delivered safely back into her arms. Hilton Double Tree Midlothian went above and beyond the call of duty. They sent her a personal letter with photos of all that Ruff Ruff did while he was away. Thank you, Doubletree by Hilton Richmond Midlothian!!” 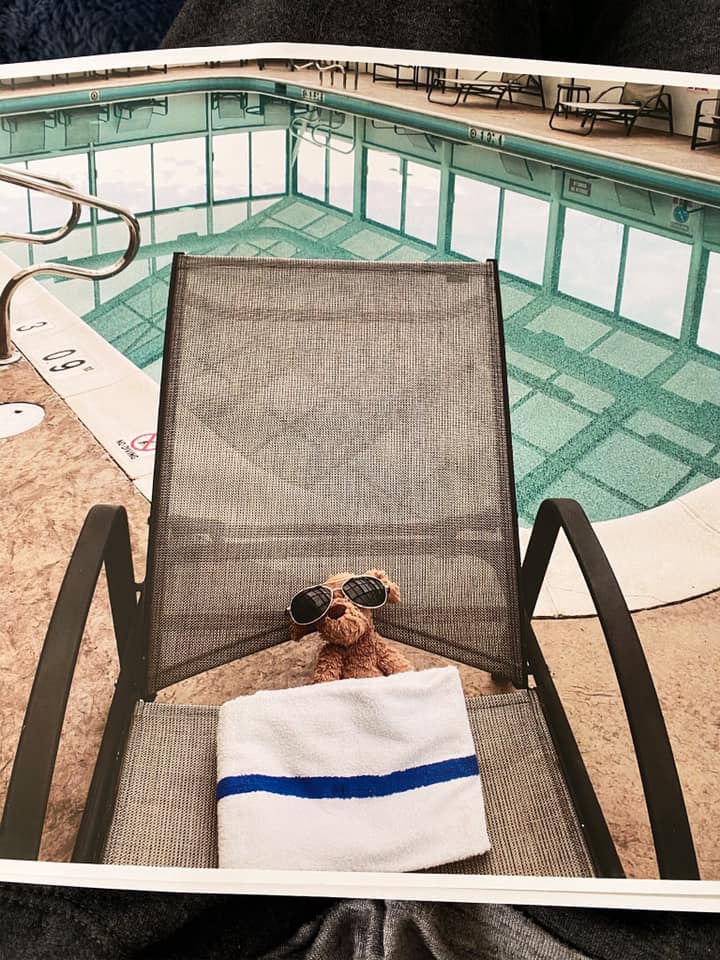 To add another note of fun to this story, Allison’s Facebook post soon went viral! Thousands of people from all over were touched by the hotel’s dedication to making one little girl smile. Let’s face it, they could have just stuffed Ruff Ruff into a box and shipped him home. Instead, they went out of their way to create a story for their young guest and her family!

Just look at Juniper’s reaction to seeing what Ruff Ruff had been up to during his absence! 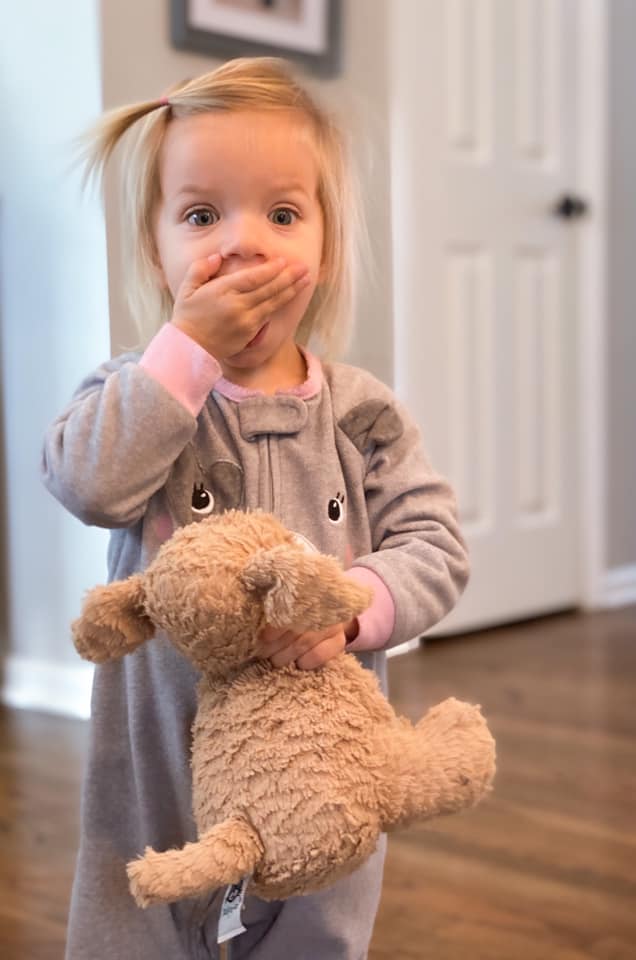 Now that’s some amazing customer service! We’re so glad Juniper and Ruff Ruff have been reunited. Now she’ll always remember the time her toy got VIP treatment at the Doubletree, instead of remembering they left him behind. Great job, team!