Christmas photos are a fun way to get the family together and into the holiday spirit.

But if you ask Tyne Owen of New South Wales, Australia, they’re also perfect for making a grand gesture. In 2013, Tyne arranged a Christmas Eve photo shoot with his girlfriend Jamie and her family. The couple sat front and center while other members stood behind them, wearing cute shirts that spelled out “Merry Xmas.” 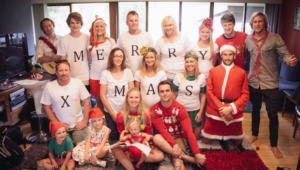 Little did Jamie know that following the first photo, her family would secretly and swiftly rearrange themselves. She didn’t notice at all when two women switched places behind her, or when others covered their letters with paper hearts. 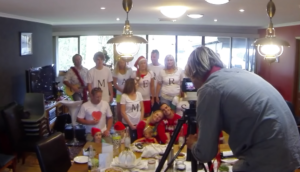 Jamie smiled innocently at the camera, completely unaware of the new message orchestrated by Tyne. 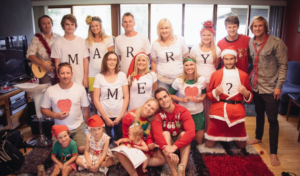 But the words came out of her own mouth when she took a closer look at the photo. Tyne got down on one knee, holding out a ring box as Jamie read the question aloud, “Marry Me?” 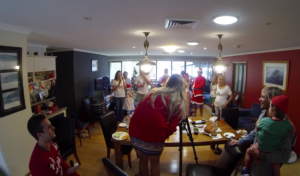 Jamie could barely hold herself together as the tears flowed. While joyful, the moment was also tinged with grief. Earlier that year, the couple learned they were going to be parents. Then, at 20 weeks, their unborn baby passed away. Jamie had unknowingly suffered from antiphospholipid syndrome during her pregnancy. The immune disorder caused a blood clot to form in her placenta, cutting off the baby’s nourishment.

Such a loss could have driven the two apart. In fact, Jamie gave Tyne the chance to leave. He refused, and their relationship only grew stronger as they coped together.

The wedding would mark a new chapter in their lives. They could finally move on, though they’d never forget their first daughter. Through her sobs, Jamie said yes. 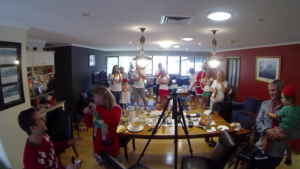 The bride-to-be wasn’t sure she’d ever be able to carry another baby to term. That was before she gave birth to Lenni. Tyne and Jamie tied the knot in 2014 and welcomed their second daughter into the world a year later. 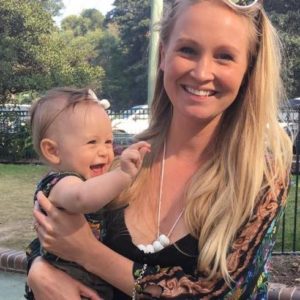 What a beautiful way to reaffirm love after loss — not to mention adorable! We wish all the happiness in the world to this family. They certainly deserve it.

Watch the proposal unfold in the video below, and share this sweet moment with your friends!