When you finally get to meet your idol, the person you’ve looked up to for so long, it can all become too much.

In March, Houston Rockets player Chris Paul got to show his softer side after defeating the Atlanta Hawks at the State Farm Arena in Georgia. The NBA star celebrated his team’s win by giving one young fan an unforgettable experience… and making him burst into tears. 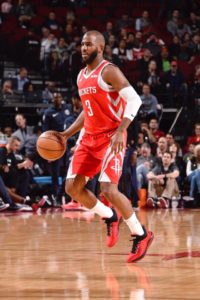 Local Shaun Graham caught the whole thing on camera as Paul took off his game-worn shoes, signed them, and approached a little boy wearing a CP3 (Chris Paul #3) jersey. Paul then handed them to the boy and offered to sign his jersey, too. That’s when the poor kid lost it. 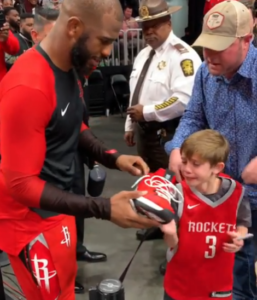 Starstruck and completely overwhelmed, the adorable boy sobbed as Paul signed his jersey. It’s not every day that you come face-to-face with your biggest hero — who then showers you with gifts! 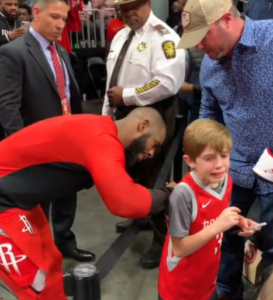 The kid was so grateful that he threw his arms around the athlete, making the most of those few precious moments. Paul, in turn, smiled and comforted him, saying, “Don’t cry, man!” 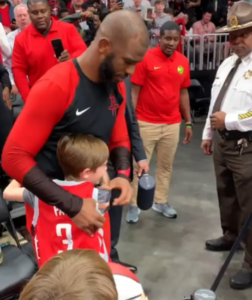 Before parting ways with his biggest fan, Paul took a photo with him, leaving the boy with one last gift — and a memory he’ll cherish forever. Thousands watched Shaun’s footage as it made its way around the web, making fans fall in love with the point guard even more. 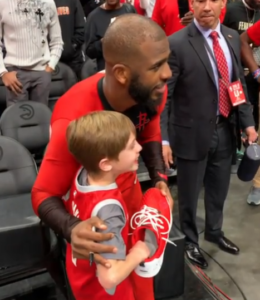 “I always appreciate seeing professional athletes taking opportunities like these,” one Reddit user wrote. “It’s such a small thing for them to do but that kid will remember it for the rest of his life. Makes me feel the warm and fuzzy feels.”

Another added, “The greatness of this man flies in the face of sports figures who prefer to sell their autograph. What a terrific role model for kids.”

We couldn’t agree more. The world needs more role models like Chris Paul. Watch as CP3 makes his fan’s day (and probably his entire year) in the clip below. Don’t forget to share this sweet moment with your friends.

What an amazing moment at the game tonight. This is what I love about the NBA. Way to take time @cp3 and make this kids day. Tears of joy can only flow when you meet your favorite player. I could only imagine what I would have been like at that age meeting any of my favorite players.