There is so much love in this story, it’s overwhelming! When 5-year-old Gideon Robinson was diagnosed with leukemia, he had no idea that his time in and out of Rady Children’s Hospital in San Diego would come with an unexpected blessing… his now “fiancé,” nurse Sarah Richardson!

Well, Sarah isn’t exactly Gideon’s fiancé in real life; the 30-year-old nurse is a little old for her toddler patient, but that didn’t stop little Gideon from popping the question in an adorable proposal!

Sarah– who was the first nurse to treat Gideon after his diagnosis– has displayed over-the-top kindness for her young patient, treating him to Legos and plenty of attention.

When Sarah told little Gideon she’d be taking some time off work to spend the holidays with family, Gideon asked if that meant she had a husband and kids. Sarah clarified that she wasn’t married, but she was waiting for her boyfriend to hurry up and propose already!

When Gideon heard this, he decided to beat him to it.

He crafted a ring out of pink and white pipe cleaners and a heart-shaped purple plastic rhinestone. He even crafted a box out of construction paper. 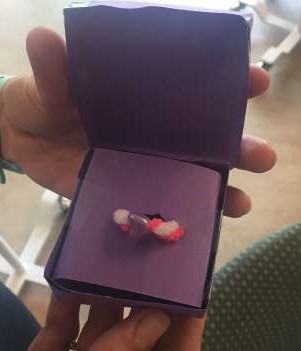 “Sarah is really nice and pretty and always gets me Legos because she knows I love playing with them,” Gideon told Today.

“She really knows the way to his heart!” Gideon’s mom said. “Even if she’s not assigned to his room, she’ll come and bring him Legos.”

When the big day came, Gideon was beside himself. “He was so excited, running around all day telling everyone he was marrying Sarah,” said Mom. “He was very anxious for 3 p.m. to come around.” 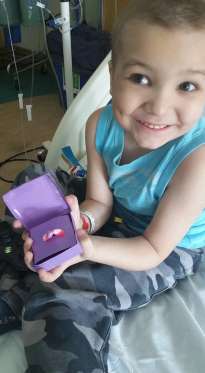 Gideon finally popped the question in front of about 20 witnesses, including the hospital’s music therapist, who played Gideon’s favorite song– “Happy” by Pharrell Williams– as he proposed.

Everyone thought the proposal would be sweet for little Gideon, but no one realized how much it would mean to his beloved.

“We didn’t expect for [Sarah] to be so touched by Gideon’s proposal,” said Gideon’s mom. “We were just making a cute memory together, but didn’t think it would be as special of a moment for her as it was for us.” 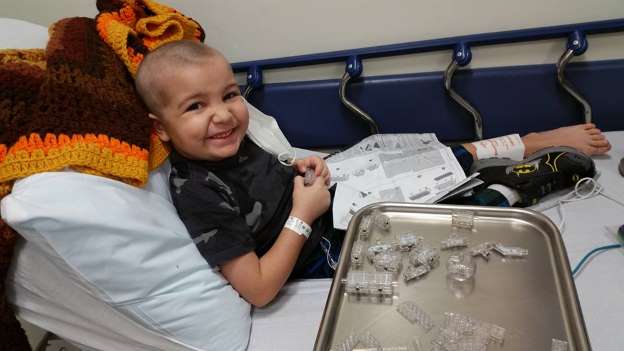 For more like this, check out the story of a patient under anesthesia asking her handsome nurse to marry her and the time a little girl with leukemia “married” her favorite nurse.

Watch the moment below, and SHARE this sweet story to spread the love today!