Even the simplest gestures can make a huge impact — and in more ways than one.

It was just a normal, boring Monday in April for Robert Gooch as he waited at a local Chick-fil-A for the food he was picking up for his coworkers. But as he stood near the cashier, he overheard a conversation that made his entire week. 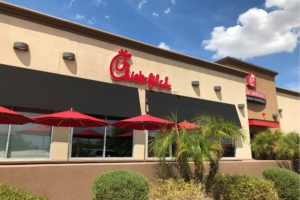 A man who appeared to be homeless walked up to the counter, clutching a $5 bill. It was all he had. He wasn’t sure if he could afford anything on the menu, so the employee taking his order started giving him suggestions. The man eventually found something within his budget. But before he could tell the employee, Karina, what drink he wanted, Robert heard her say, “don’t worry about it because your breakfast is on me.”

Robert was so touched by the woman’s generosity that he snapped a photo and shared her good deed on Facebook. He says he did it because “it would have been so easy to turn around and ask the manager to step in or for help but she didn’t she just said hey it’s on me.” 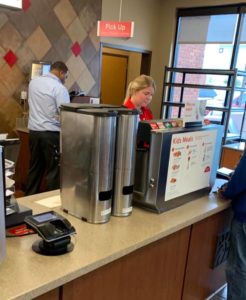 “I’ve been in customer service for a long time,” Robert wrote. “I’ve been through some of the best trainings such as Dale Carnegie and yet a girl name Karina in a Chick-fil-A in Jackson, MS, in a 3-minute conversation with a customer has managed to teach me the value of humility and taking care of your customers. It’s not just the nuggets that make this place successful. It’s people like Karina.”

Hundreds shared the post, commending Karina and the restaurant for their excellent customer service and “love of people.” 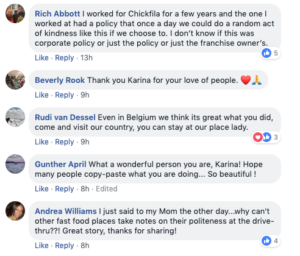 The way this sweet woman treats her customers, struggling or not, tells us all we need to know about her character. Thanks, Karina, for brightening more than one person’s day with your kind spirit. You really went above and beyond!

Share this story to inspire other acts of kindness.