Photo shoots are a great way to celebrate special occasions with your loved ones. After all, they create lasting memories while everyone looks their best (whatever that might mean)!

Rachel Perman understands how sweet these moments can be as a professional photographer and mother. So when her twin daughter and son had a birthday recently, she created two magical shoots to honor them — because there was a time when she didn’t know if she’d survive long enough to see the day. 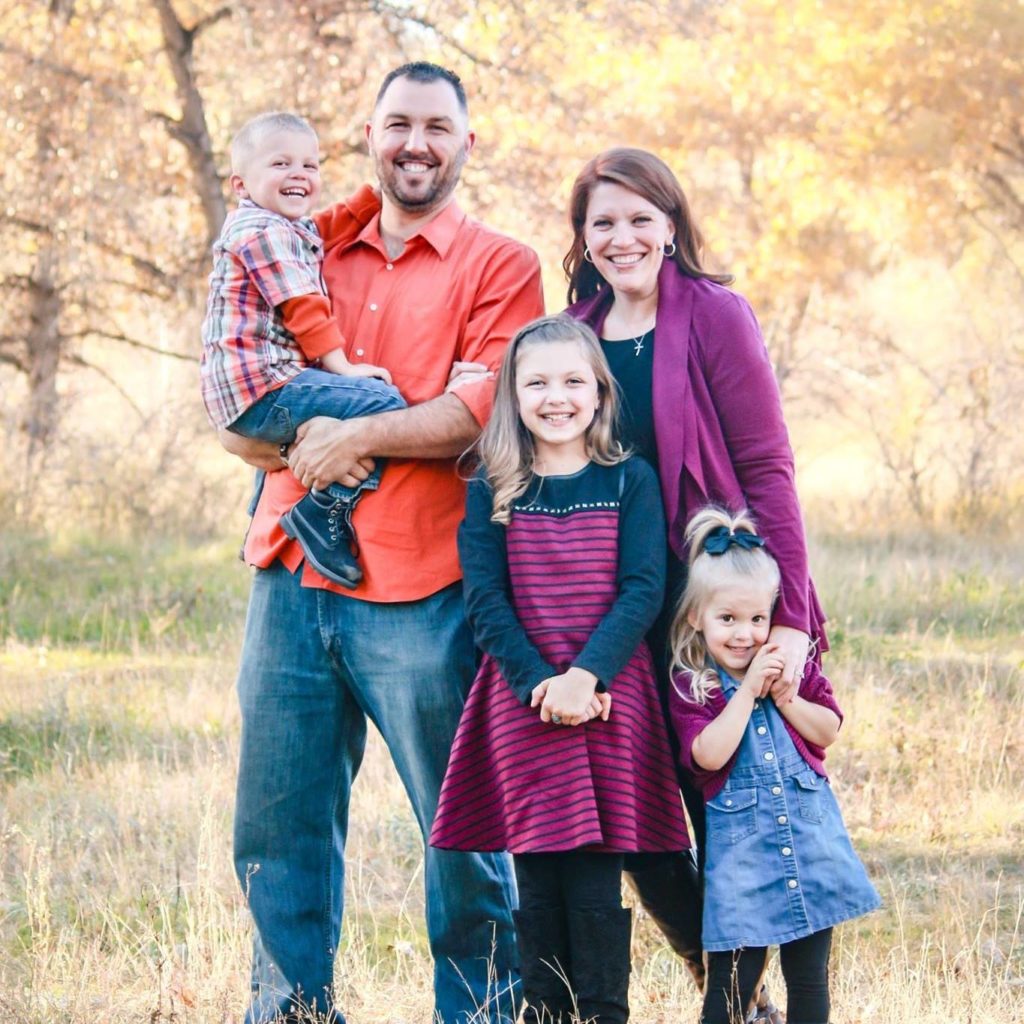 When Rachel had her twins, Emilee and Elijah, she was elated, as were her husband and 5-year-old daughter. But the elation turned to fear when Rachel was diagnosed with cancer not long after giving birth. At the time, Rachel told InspireMore, she wondered if she’d get to see her babies reach their sister’s age.

Thankfully, she did! She beat cancer and watched her littlest ones grow. And when their birthday and her health milestone hit, she knew she had to celebrate life in all its forms. So she set up shoots that highlighted the twins’ favorite things: Disney’s “Up” for Elijah and unicorns for Emilee. 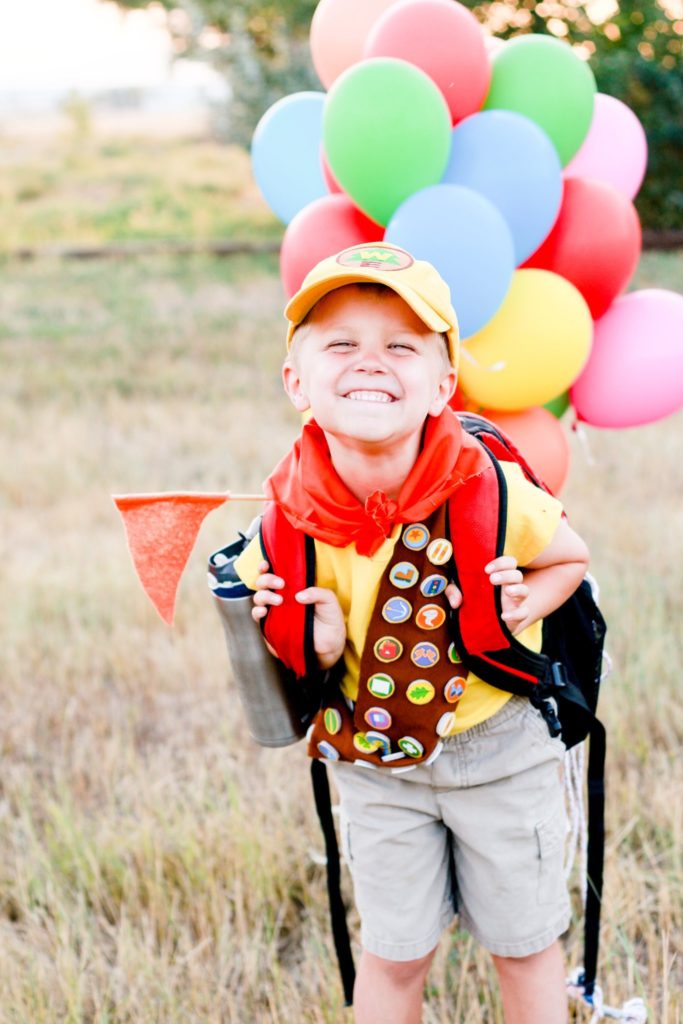 There’s no such thing as too much “Up” in Elijah’s world. In fact, according to Rachel, “Elijah is borderline addicted to ‘Up’ and has been for several years. It’s the only thing he draws and colors (the house with balloons), and the only books he wants to get at the library, and the only toy he wanted when we were in Disney World last year.” 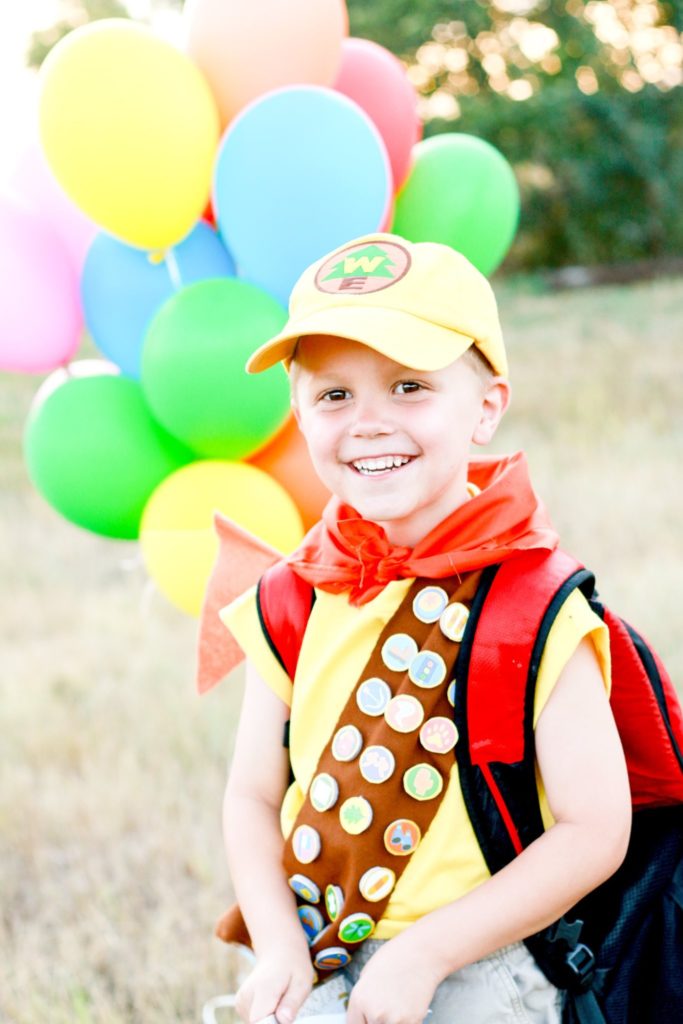 In other words, “Up” was the perfect theme for him, and what Rachel pulled together is simply incredible! She gathered the scout uniform and colorful balloons — and even recruited his great-grandparents to surprise him by playing two special characters. 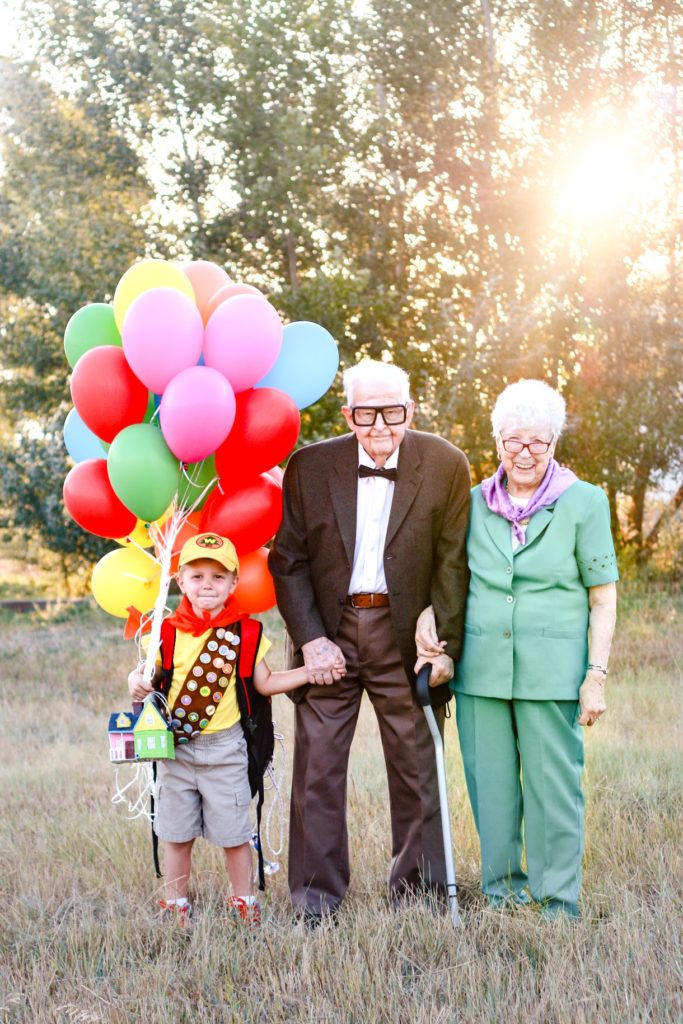 Richard and Caroline Bain are 90 years old and were “thrilled to participate” in the shoot with their great-grandson. 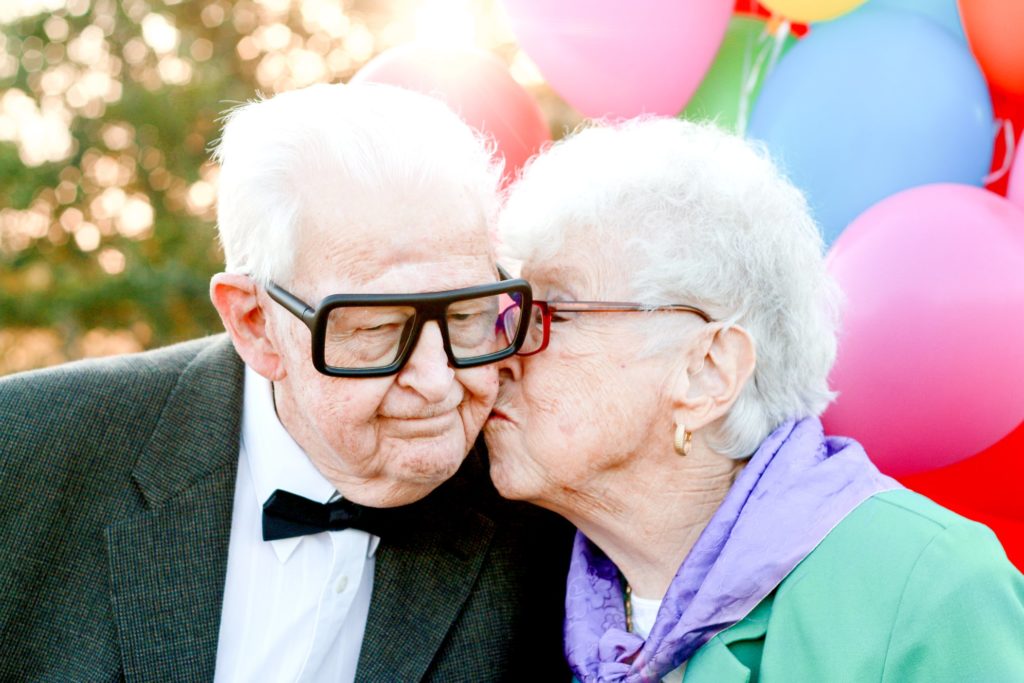 Richard was so excited he started researching his character even though he’d never seen the movie. He “even went to the thrift store to get the jacket and hose,” Rachel explained. “He said ‘I noticed in a photo Carl had a hose over his shoulder.'” 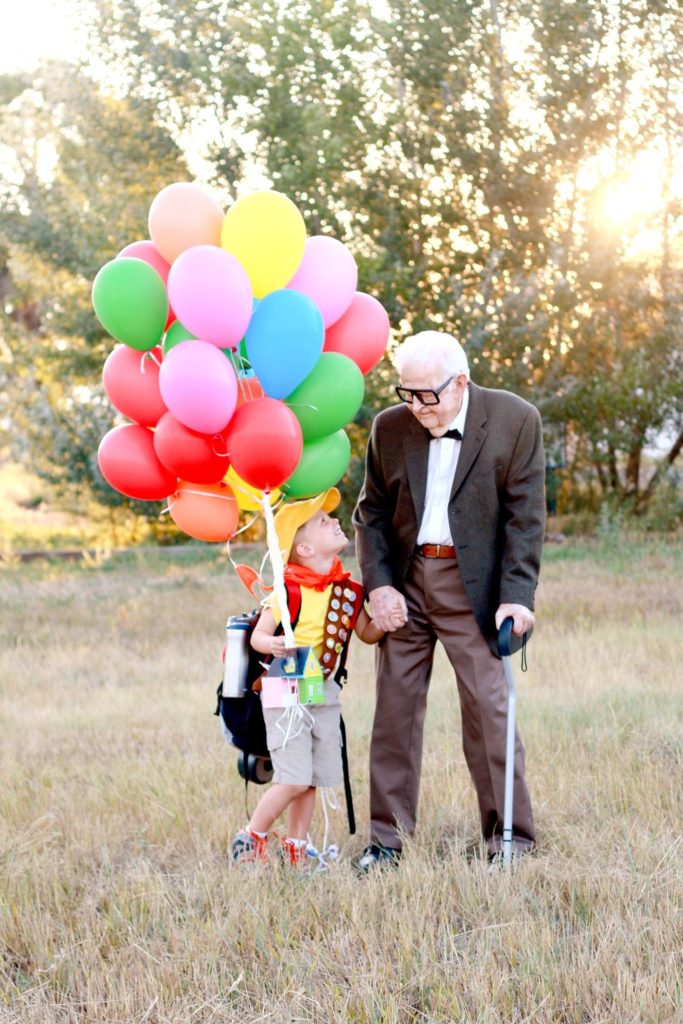 Emilee needed a different approach because she “loves all things girly and princess.” So Rachel decided to center her shoot around a unicorn. The tricky part was finding someone who would let her put a horn on a horse, but once she did, everything came together beautifully! 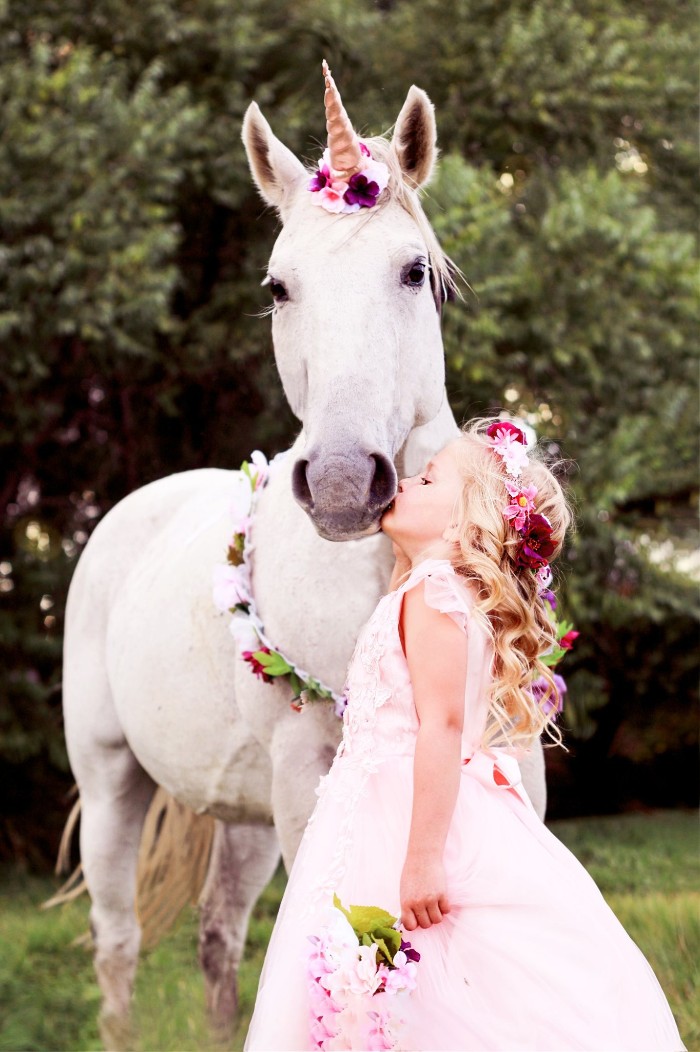 “The kids loved the shoots,” Rachel said. They always see her leaving to take other people’s pictures, so this was an extra special moment for them, and they just couldn’t get enough! 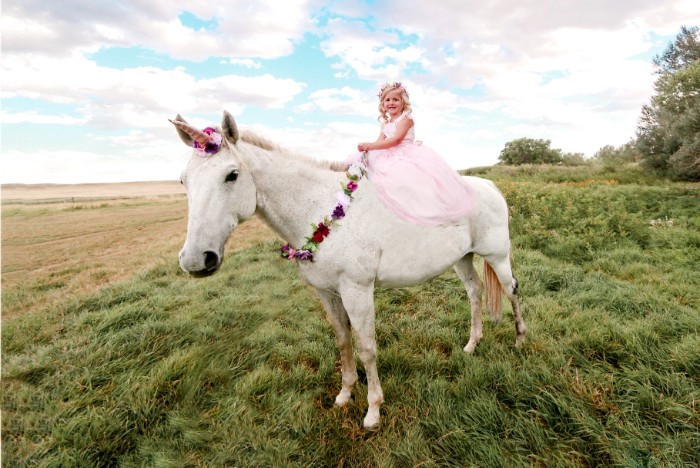 Rachel shared the photos on her business’ Facebook page, and they became instantly popular. News outlets from all over reached out to her to get the story. Rachel said she had “no clue” she’d go viral, adding, “It’s been fun to see how many people are touched by it.” 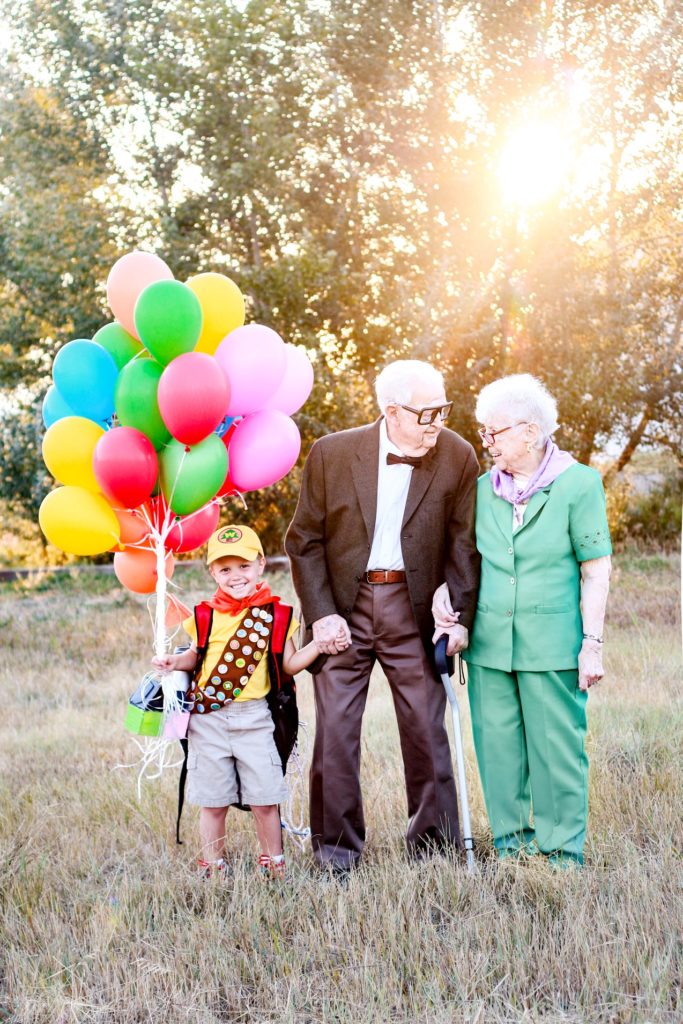 The fame hasn’t gone to the kids’ heads either because Rachel is using the experience as a valuable lesson. She told them they are “good at bringing happiness” to their family and now they’re “making the nation happy too.”

Check out more photos in the video below, and be sure to share this amazing shoot with your friends!

UP-LIFTING: This 5-year-old boy loves the movie "Up," so for his birthday, he asked to do a themed photoshoot with his 90-year-old great-grandparents ?https://cbsn.ws/2ZSg3qv