This past weekend, a man in Clay County, Florida was driving on the highway, when suddenly two strangers drove up to him, frantically waving for him to stop. He pulled over his car, and the wide-eyed couple told him to look at the front of his car. When he saw what was lodged in the grille, he totally understood why he’d been stopped… It turns out, there was a bald eagle with his head sticking out!

Mom Billi West was one of the people in this story who flagged the man down when she saw the eagle stuck on his car. “This man turned in front of Zach and I– and we pulled him over. Cut in front of cars to stop him and waived him down.” she wrote in a Facebook post. “He had no idea he hit a bald eagle on 17.” 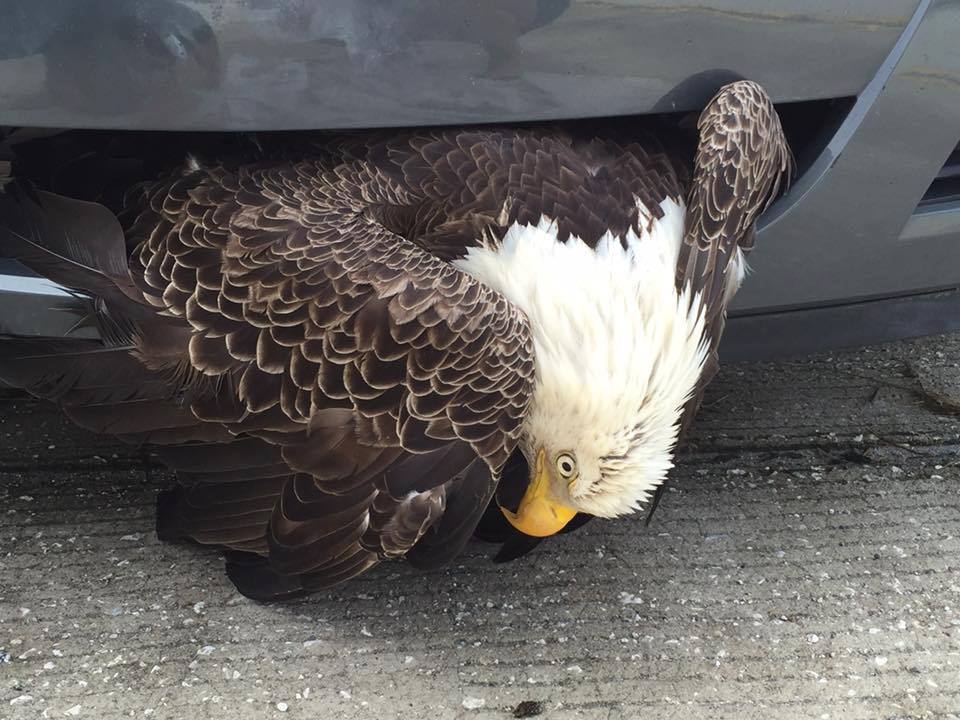 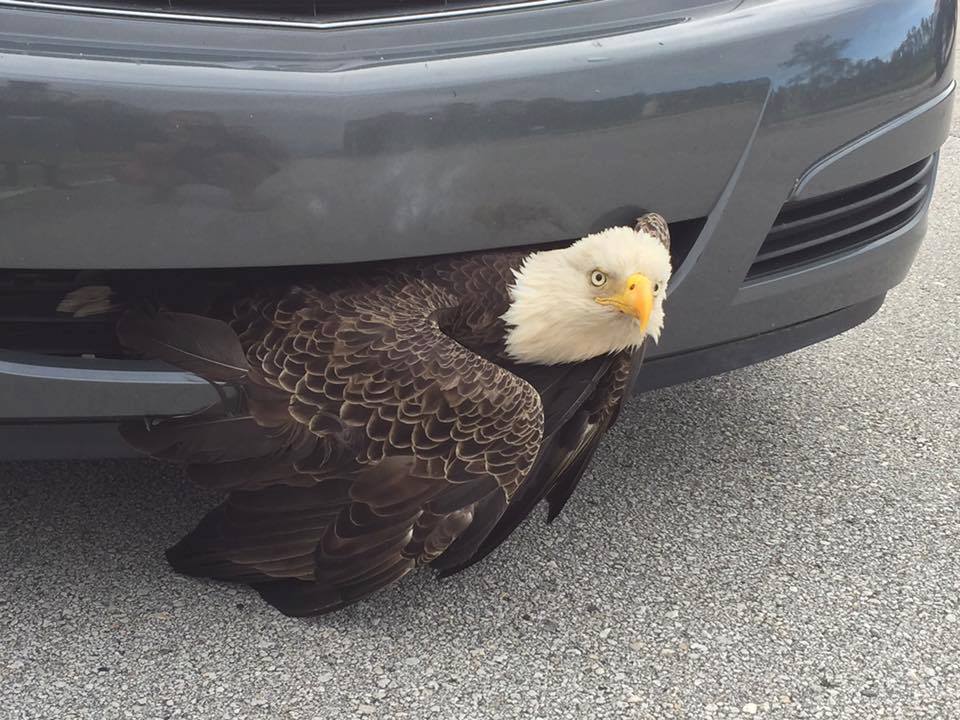 Thanks to Billi as well as team of deputies and firefighter’s, the bird was rescued and is in good condition… Although it wasn’t easy to get the poor creature out of there! Check out photos of the rescue: 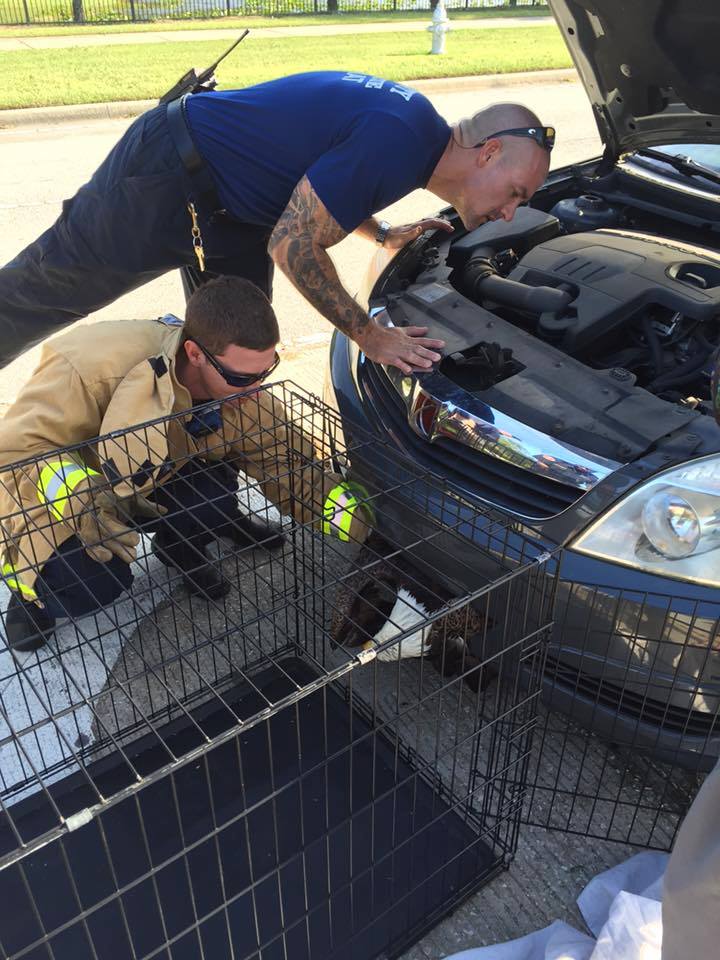 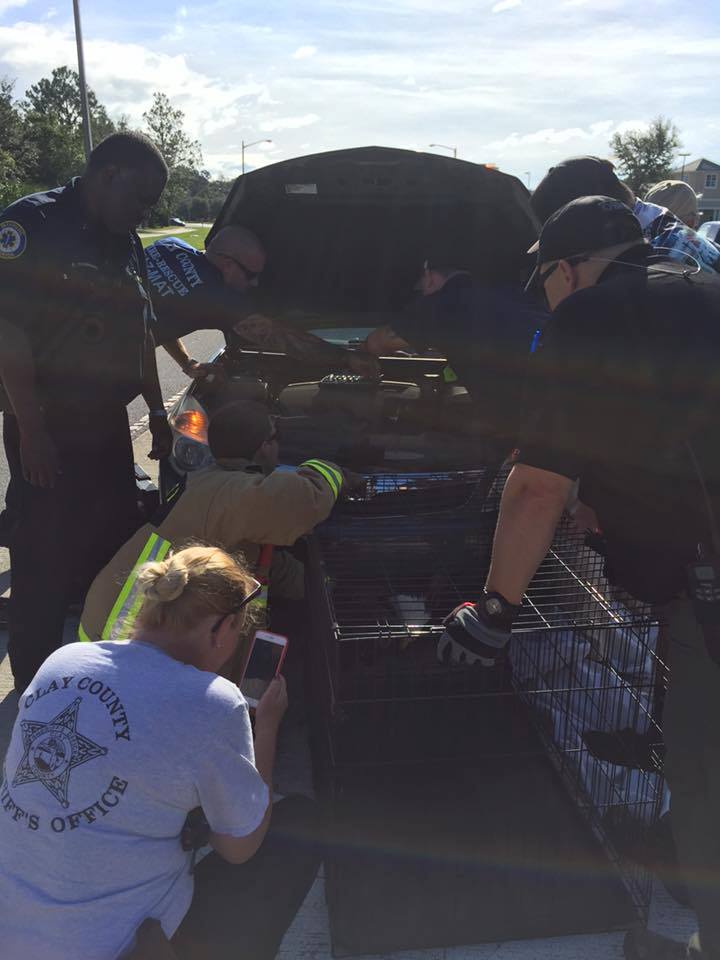 “A citizen had a bald eagle fly in front of his vehicle and the bird became lodged in the grille of the vehicle.” wrote the Clay County Sheriff’s Office in a Facebook post.”Clay County Sherriff’s Office and Clay Fire Rescue personnel responded and rescued the eagle from the grille. The bird is alive and was turned over to the B.E.A.KS. Wildlife Sanctuary. Great job by all involved.” 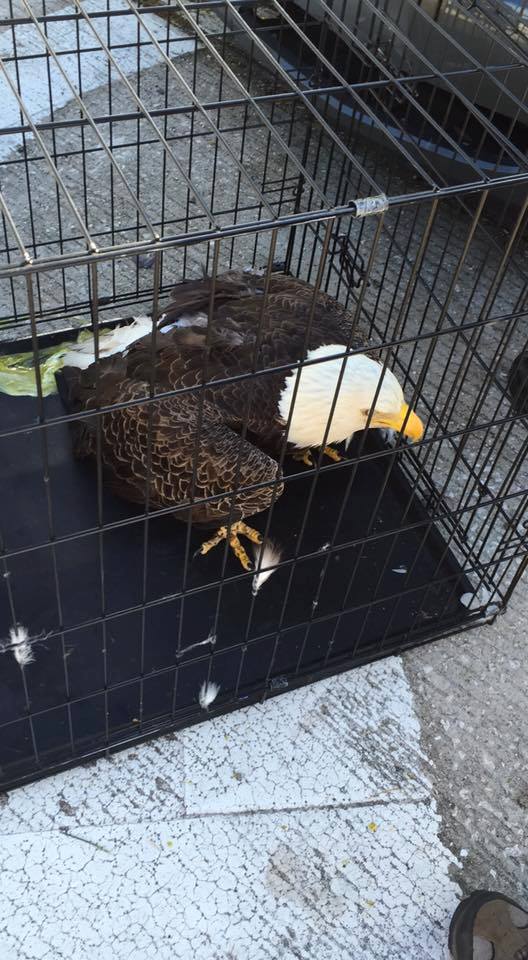 Billi said that the bird is doing “great and will be released.” 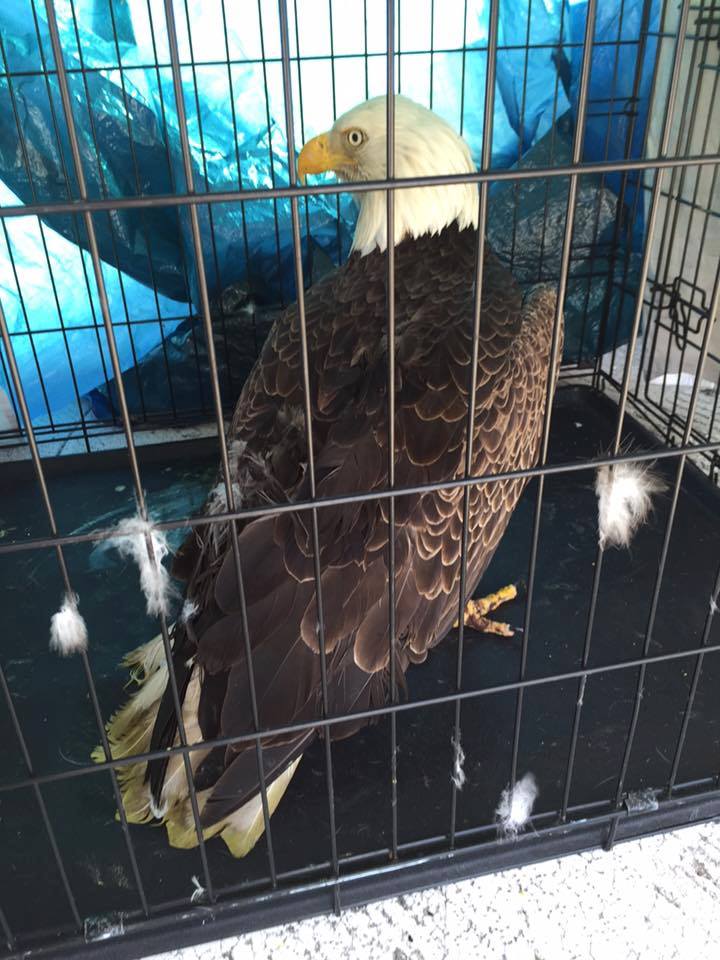