At a certain age, we all learn life can be unfair. For Austin Booth of Florida, that knowledge came as soon as he was old enough to understand his condition.

He was born with congenital heart disease and has heart failure, so he can’t get a transplant. But the 12-year-old still greets every day with positivity. 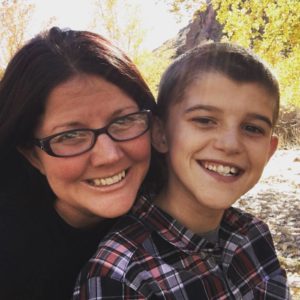 His mom Angelia helps him maintain that attitude by doing everything she can to make his dreams come true.​​​​​ One of his biggest goals in life: scoring a touchdown during a football game.

Because of his health problems, Austin can’t handle much physical activity. So Angelia put out a call on Facebook to see if anyone knew how to make his dream come true.

The post caught the attention of Jason Parmeter, coach and manager of the Keystone Heights Youth Football Association. His wife Cristin is fighting her own battle with muscle cancer, so he was moved to invite Austin and Angelia to his team’s recent Saturday game.

There, players presented Austin with his own jersey and made him feel like a part of their group. Fast forward to before halftime, and it was Austin’s turn to shine! He made his way onto the field and was passed the football — then another player picked him up and started running. 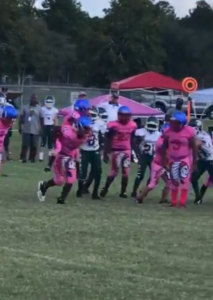 The crowd cheered as the two moved closer and closer to the end zone, flanked by Keystone Heights and opposing Argyle Forest players. And at long last, Austin scored his touchdown! 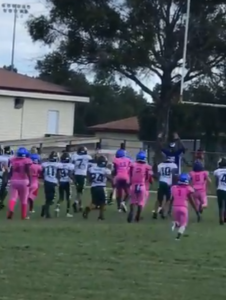 To Austin and his mom, this was an unforgettable moment. No one knows how much time he has left, so Angelia will always be grateful she got to see him this happy. “This was so much bigger than football,” she said.

He can’t make it far at all: About 100 feet, he’s out of breath. And they carried him across the field like it was nothing. He just smiled like there was no tomorrow. And I loved it. 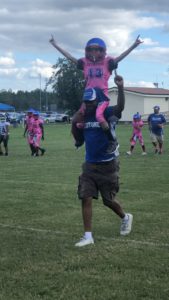 Life can be unfair, but in the midst of hard times, you can still find incredible moments like this one. Thank you, Jason and the entire Keystone Heights team, for including Austin. And great job, Austin, for pursuing your dreams!

Watch him score an epic touchdown in the video below, and share to spread the joy.

At 10- A touchdown much bigger than the sport of football. How this score united two teams, & made a young boy’s dream come true. It’s a story you’ll only see on @ActionNewsJax. @BachmanANjax @TenikkaANjax @NewsGriff @PascaleHead pic.twitter.com/IhQnXj0E71