We’ve all experienced those unfortunate mishaps in public: tripping, falling to the ground, or making an unfortunate oversight that draws all eyes to us. For one embarrassed honor guard member, it was forgetting to tie his shoe before a prestigious event.

At the start of a Fourth of July parade in Texas this year, Officer Jerrick Wilson held up the U.S. flag proudly as the Arlington Police Department’s Honor Guard lined up. That’s when he realized the laces on one of his shoes was untied. 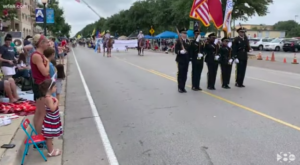 But lucky for him, Josh Brown was waiting nearby with his family, ready to jump in and offer a hand. While the little boy says he felt pretty nervous when another officer approached him and asked for his help, he did a great job of fixing Wilson’s shoes. 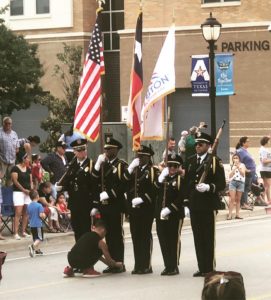 The sweet gesture didn’t go unnoticed — by the grateful Wilson, other parade-goers who cheered, or the thousands who saw it on social media. Local Wendy Collins Smith snapped a photo of the touching moment and shared it on Facebook, writing, “We need more of his type in the world!” Others couldn’t agreed more. 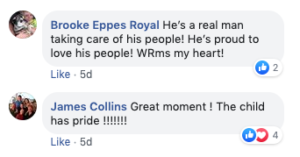 Of course, Josh’s grandfather, Pastor Dennis Wiles couldn’t pass up the chance to commend his grandson for helping police and honoring his country. 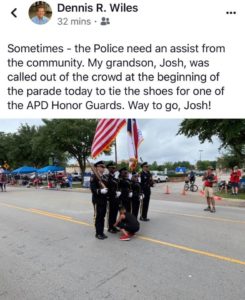 And the next day, Wilson got the chance to thank Josh in person. “I had a long way in the parade to go and it definitely saved me from dealing with a headache of worrying about my shoe coming off while carrying a U.S. flag,” the officer explained. 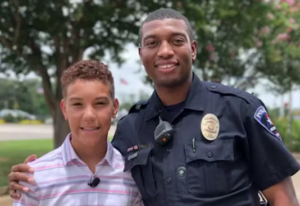 Police Chief Will Johnson expressed his gratitude as well on Twitter, adding he had a special gift to present to the little boy — his Chief’s Coin.

As Wilson put it, it was a small gesture, but it meant so much to so many people. Josh wants to be an officer as well when he grows up. With an entire police department in his corner, we’re sure he’ll be wearing a badge in the future.

Learn more about what happened that day below, and share to help give Josh the recognition he deserves!