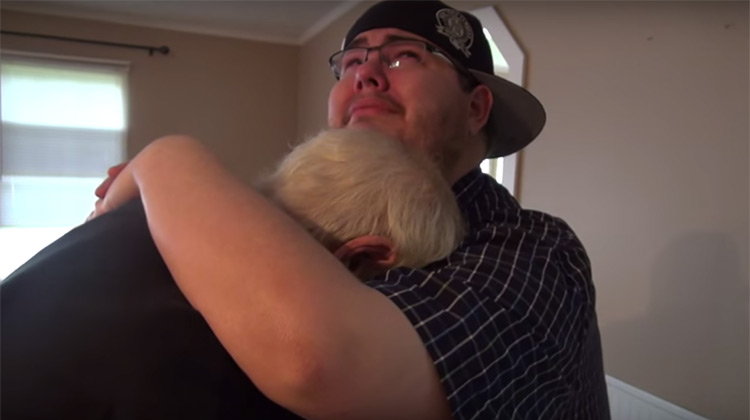 ‘Angry Grandpa’ Breaks Down When Son Hands Over ...

Charles Green, affectionally known as ‘Angry Grandpa’ has been lighting up the internet since 2010. From electricity bill meltdowns to phone call pranks, Angry Grandpa has a knack for the showing off his ‘grumpies.’

When his son, Michael invited him along on a house hunting expedition, he had no clue what was coming next.

Michael and his girlfriend Bridgette weren’t really in the market for a house – they were going to surprise Angry Grandpa with the new pad.

“For the past few months, Bridgette and I have been taking Grandpa house hunting with us,” Michael wrote on Youtube. “The idea was to make him believe we were searching for a house for us when in reality we were just having him choose his own.”

Assuming that they were searching for his son, Angry Grandpa had a lot of great things to say about the place. He walked from room to room, exclaiming that the house seemed to have it all.

In that moment, Michael revealed the truth behind his ruse.

Watch below and share for the most beautiful father-son moment we’ve seen in ages.