For someone living with cystic fibrosis, Ethan Payne sure has a set of lungs.

The 15-year-old from Macon, Georgia, was diagnosed with the disease when he was just 18 months old, but he hasn’t let it get in the way of his dream of singing. In fact, the charming teenager recently auditioned for “American Idol,” where he caught up with his old buddy… judge Luke Bryan! 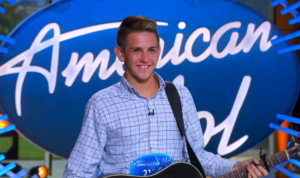 When Ethan was 13 years old, the Make a Wish Foundation granted his wish of meeting his idol, Luke Bryan. 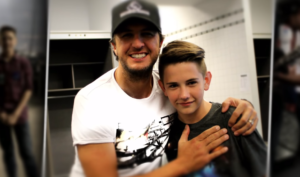 Not only did he get to take photos and play guitar with the country star, but he even got the chance to perform with him onstage in front of thousands of fans. Bryan left him with an incredible parting gift when it was time to go home — his guitar! 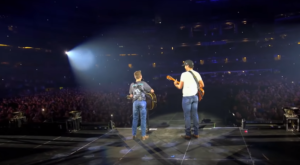 Ethan brought that same guitar to his audition years later, where he explained his disease to the judges and how it affects his lungs. “There’s no cure for it, but singing is definitely my cure for it,” he said. Then he coaxed Bryan up for an impromptu duet of the country singer’s hit, “Do I.” Of course, Bryan couldn’t say no. 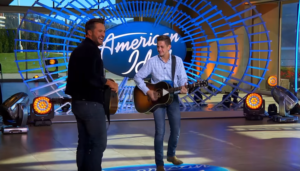 Ethan’s obvious talent shined through as he harmonized with his hero. His voice is a perfect fit for country music, not to mention very impressive considering his trouble breathing! 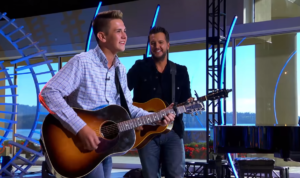 The bond Ethan and Bryan formed years ago was clearly still present in the way their energy and vocals complemented each other. Plus, they obviously had a blasting performing together once again. 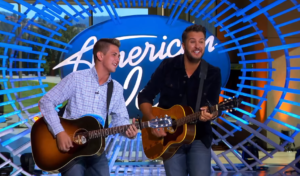 Unsurprisingly, all three judges loved Ethan’s voice. What they admired even more was his ability to overcome adversity.

“You, young man, you’re an inspiration,” Lionel Richie said. “I’m hoping that the whole world understands what they’re watching here because it really is a fabulous, fabulous blessing.”

Then Ethan heard what he’d been hoping and wishing for: “You’re going to Hollywood!” 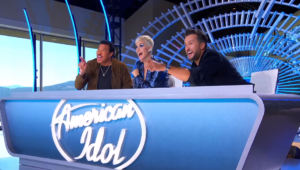 After all the difficulties he’s faced because of his condition, Ethan deserves such an amazing opportunity. We can’t wait to see more of what he can do, and we wish him the best of luck. Watch Ethan and Bryan’s unexpected yet sweet duet in the video below, and share the teen’s talent with the world.