When asked to name the most iconic musician of all time, many people come up with answers like Paul McCartney and Madonna.

And that’s fine. We’re all entitled to our own opinions. But if you ask me, the correct answer is obviously Beyoncé Giselle Knowles-Carter. Beyoncé is basically the Midas of music, but instead of gold, everything she touches turns into straight-up platinum. She somehow tops herself with every song, album, and video she releases. She was even nice enough to grace her husband with her professional presence during this year’s “On The Run II Tour.” We love a generous legend.

Beyoncé really is just a monument to talent and power, which is why one Alabama swimmer named Christian Strycker has learned how to harness her energy with a warmup routine that has made the internet lose its entire mind. 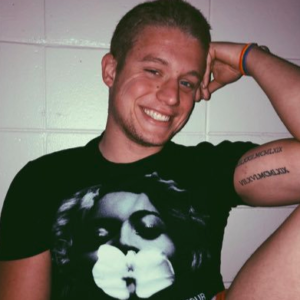 When Beyoncé played Coachella this year and officially changed the event’s name to Beychella from that day forward, there was one segment of the performance that really stuck out. The dance breakdown to “Everybody Mad” is now one of the best moments in pop music history. (That’s a fact, look it up.) 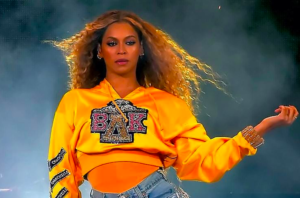 And that’s why Christian decided to turn it into his pre-heat ritual. As you can see in the video below, he doesn’t need music to totally slay this choreography. Beyoncé has taught him well.

He could have just done some regular old stretches but everyone knows that’s for peasants and Beyoncé deserves better. 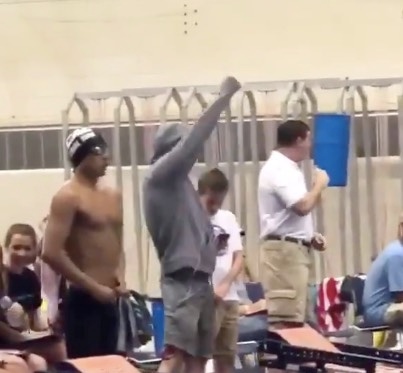 Christian will also have you know that he’s not a bandwagon Beyoncé fan. Oh no. He’s been killing her choreo during swim practices and meets for months now. Check out his recreation of her iconic “Single Ladies” video choreography from back in March.

Beyoncé, I am looking for a summer job, or even a life-long job, and was wondering if you’re hiring. I’m cute and sassy. DM me. #Beyonce #OnTheRunTourII pic.twitter.com/4xlgBxP0Ik

Wow. Honestly, Christian is really making me feel like I need to up my game.

If you’re at all skeptical of how on point Christian was with his moves, just watch the side-by-side video below and get prepared to be blown away. Share his hilarious (and epic) ode to Beyoncé with all the other music lovers you know. Everyone could use this in their life.