On May 21, 2014, the Deputy Sherriff of Franklin County, George died in the line of duty. Deputy Sherriff Cruz Thomas, died in a vehicle crash while attempting to pursue a traffic violator. But Thomas wasn’t only a police officer, he was also a father to an 8-month-old little girl named Taliya.

Now Taliya is 3 years old, and for her third birthday, she wanted to do something special to honor and remember her Daddy. So the precious toddler teamed up with Mary Lee Photography for a birthday photo-shoot in his memory. 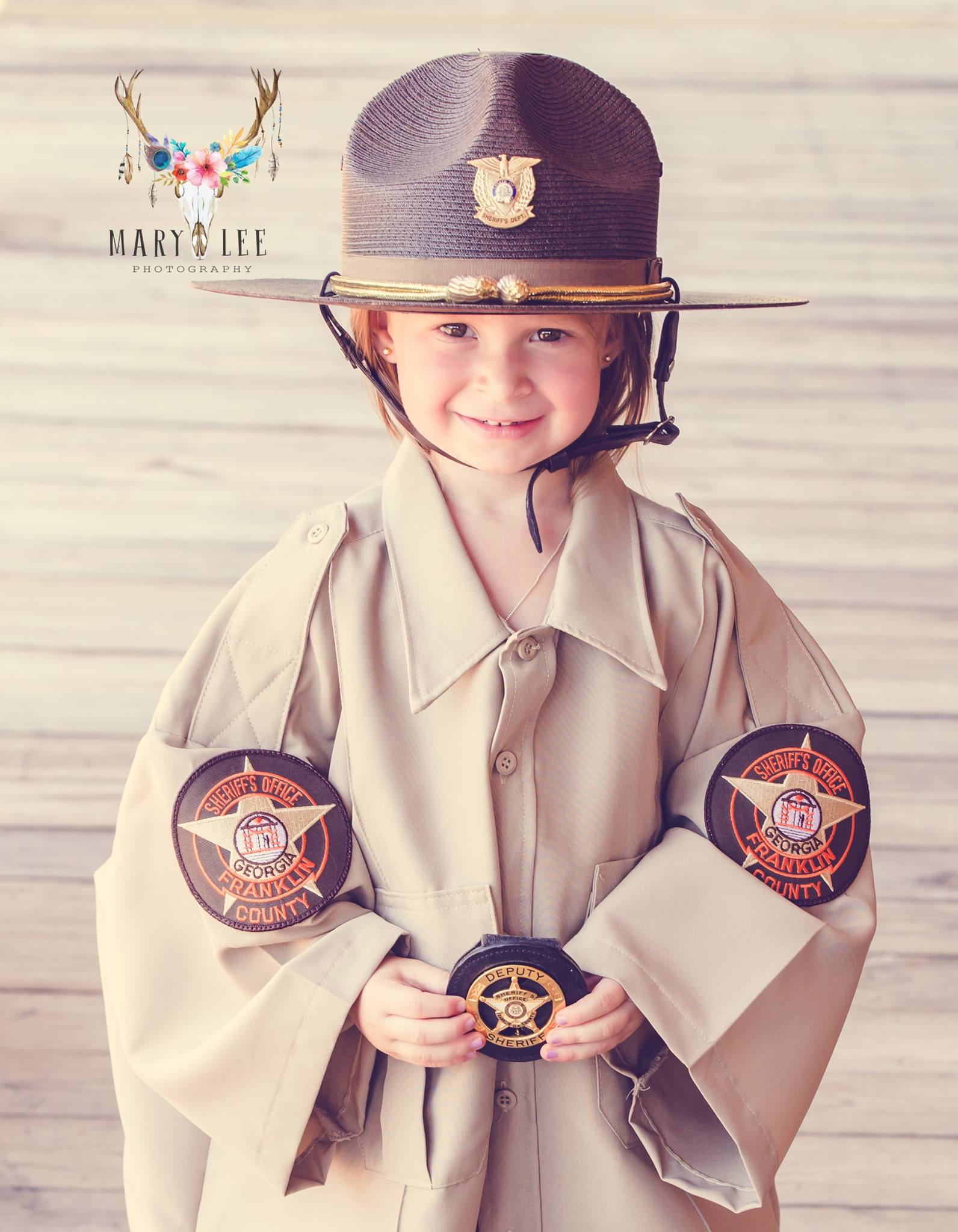 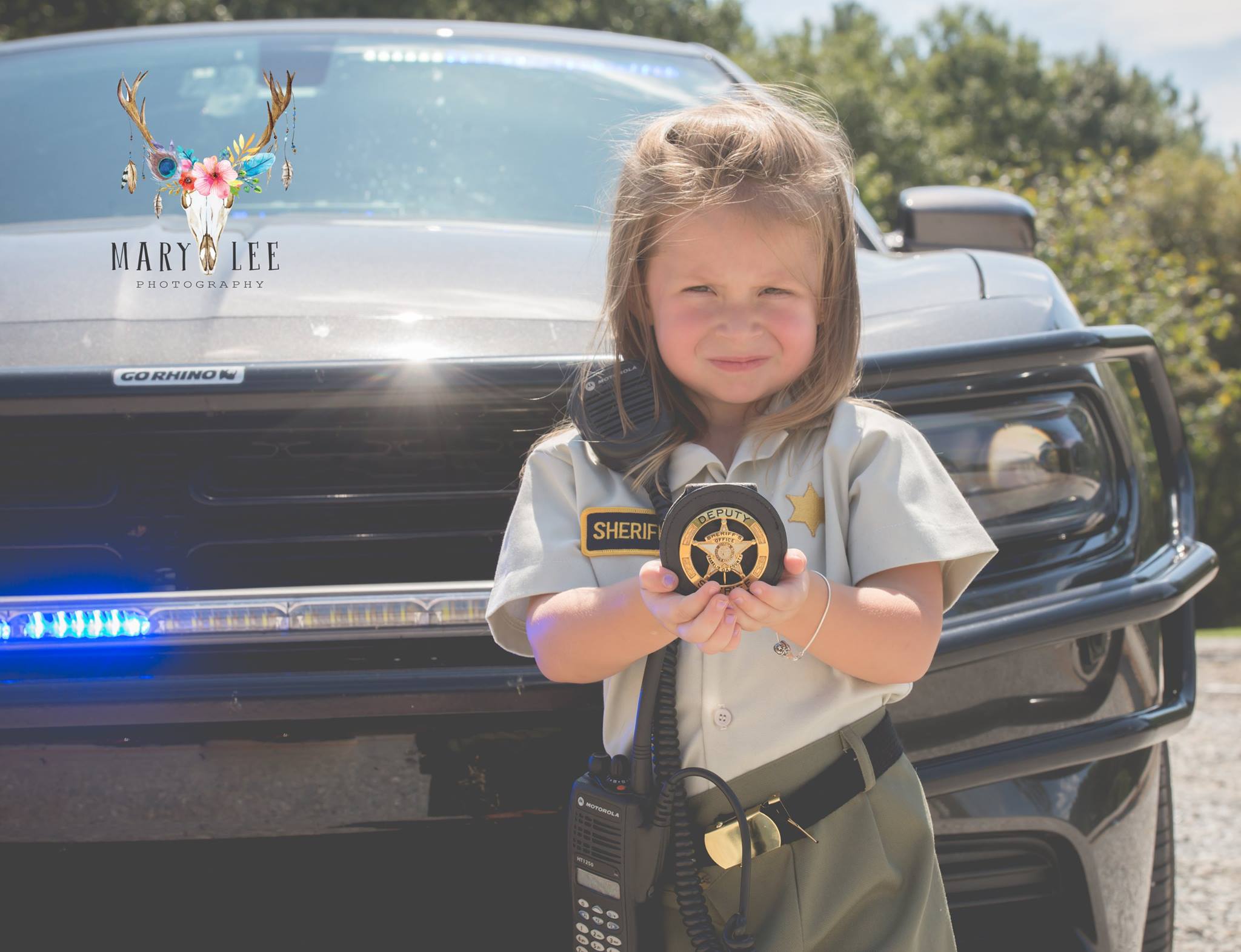 The photo-shoot was complete with Thomas’s badge and uniform, which is too big for little Taliya, but– at the same time– couldn’t be more fitting. 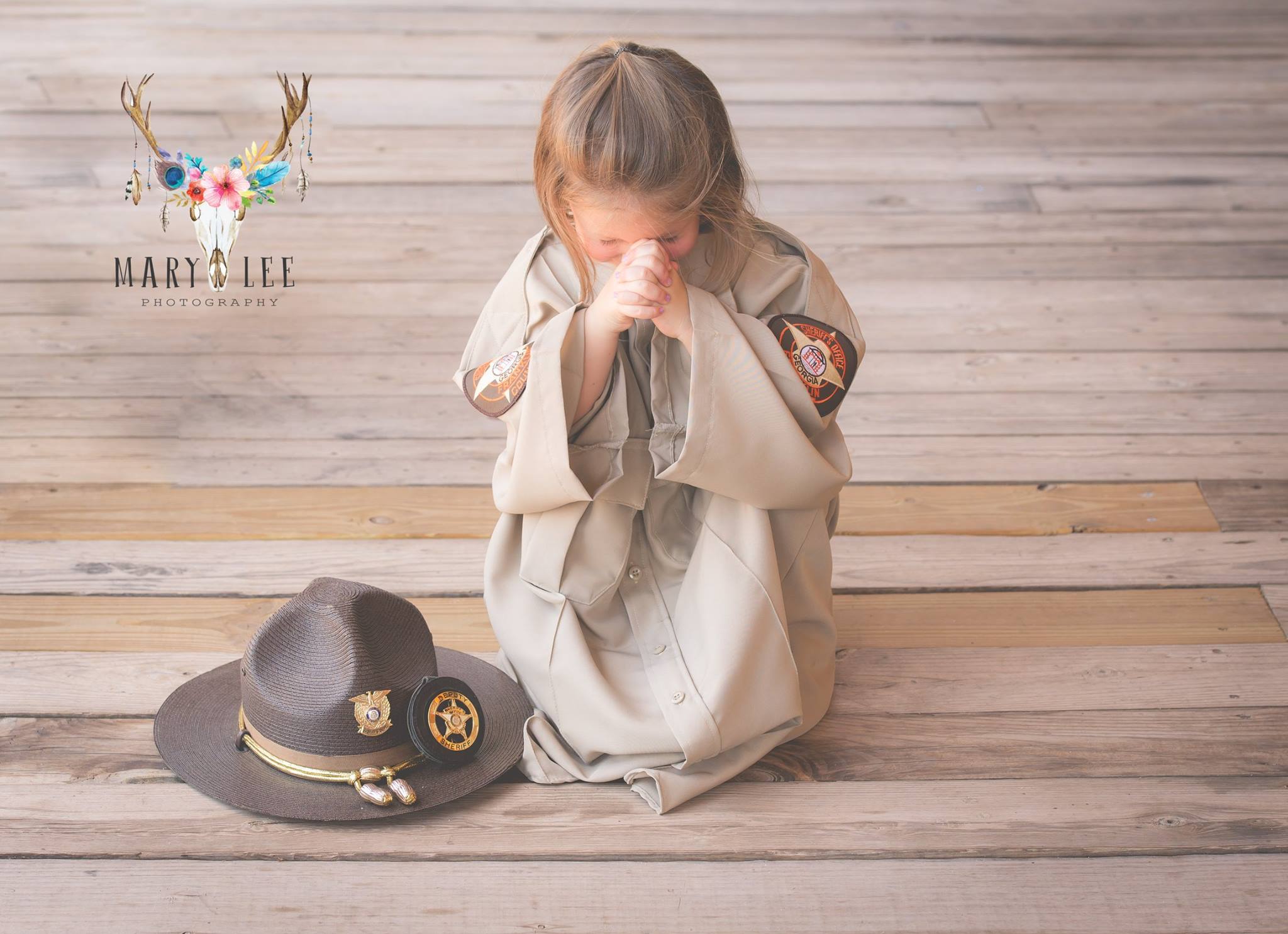 This isn’t the first time little Taliya has used her birthday as a way to remember her daddy. Taliya has made it a tradition to release balloons on her birthday, sending them to Dad in heaven. 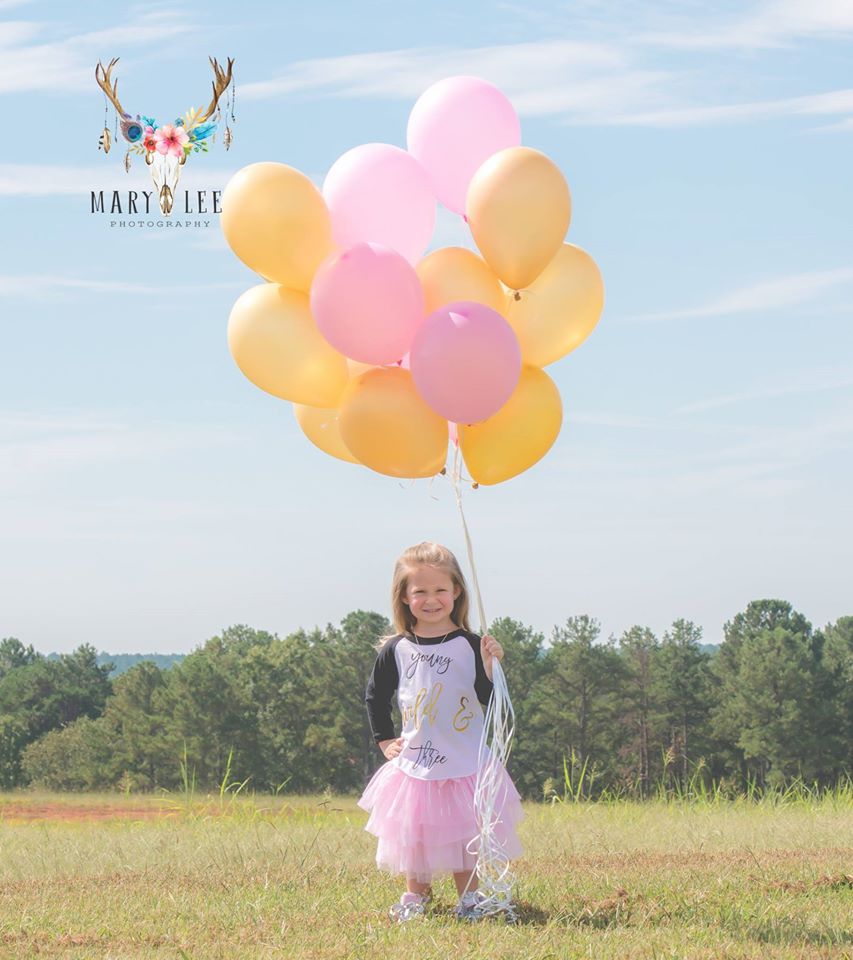 Photographer Mary Lee told Fox 5 Atlanta that she and Taliya were met with an unexpected visitor while on the shoot. A yellow butterfly flew around Taliya, staying with her at several locations. “She said, ‘that’s my daddy sending me butterfly kisses from heaven for my birthday.'” Lee told Fox 5. “She is such a smart little girl.” 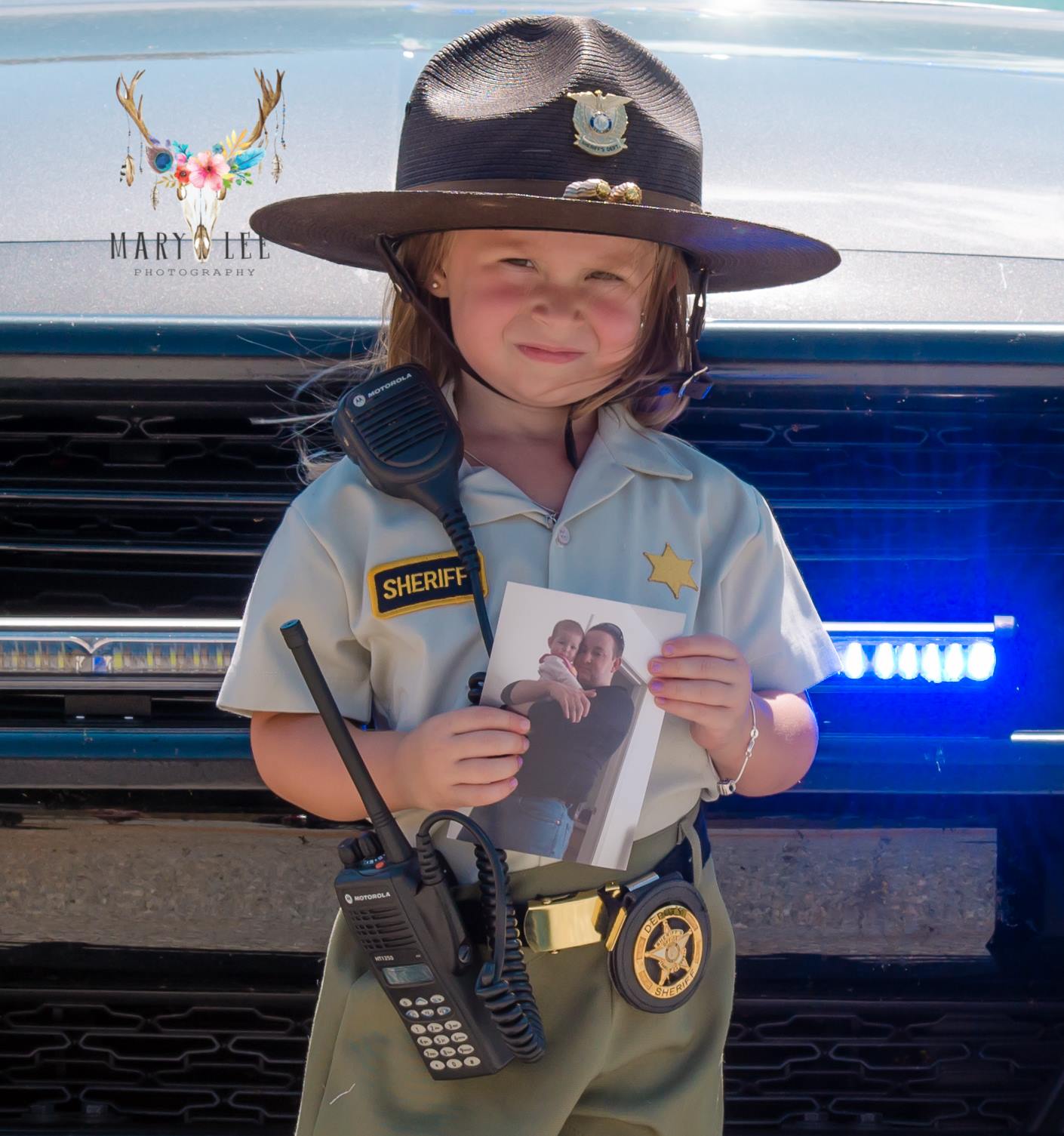 Despite the tragedy of her father’s death, Taliya’s beautiful photos are touching the world with a message of hope and love.