The death of George Floyd has sparked protests across the country from heartbroken communities who have decided enough is enough.

While there are countless stories about the riots, not enough highlight the peaceful protests that brought people together. That’s why we’re sharing 11 powerful moments of love and unity that took place amid the protests.

1. In Temecula, California, a protester and a sheriff shared a touching embrace. 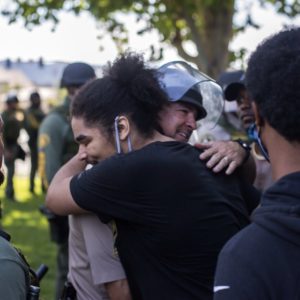 2. There, protesters also held a moment of silence to honor George Floyd.

A beautiful moment of silence for #GeorgeFloyd at the peaceful protests in Temecula. #JusticeForGeorgeFlyod #BlackLivesMatter pic.twitter.com/tY5xI8IKB0

3. In Newark, New Jersey, protesters danced together in the streets, spreading joy along with their message…

Put this on the news. pic.twitter.com/YfXB2x6bcz

4. … as did the people of Morristown.

5. Voices rang out among protesters in Canton, Ohio, in a moving rendition of “Lean on Me.”

Peaceful protests in Canton, Ohio breaks into song. What a beautiful thing this is to see. #unity pic.twitter.com/9T8KUmHl8a

8. Musicians joined forces with protesters in downtown San Diego, turning a chant into a song.

9. Others knelt during a vigil for George Floyd at the Lincoln Memorial in Washington, D.C. 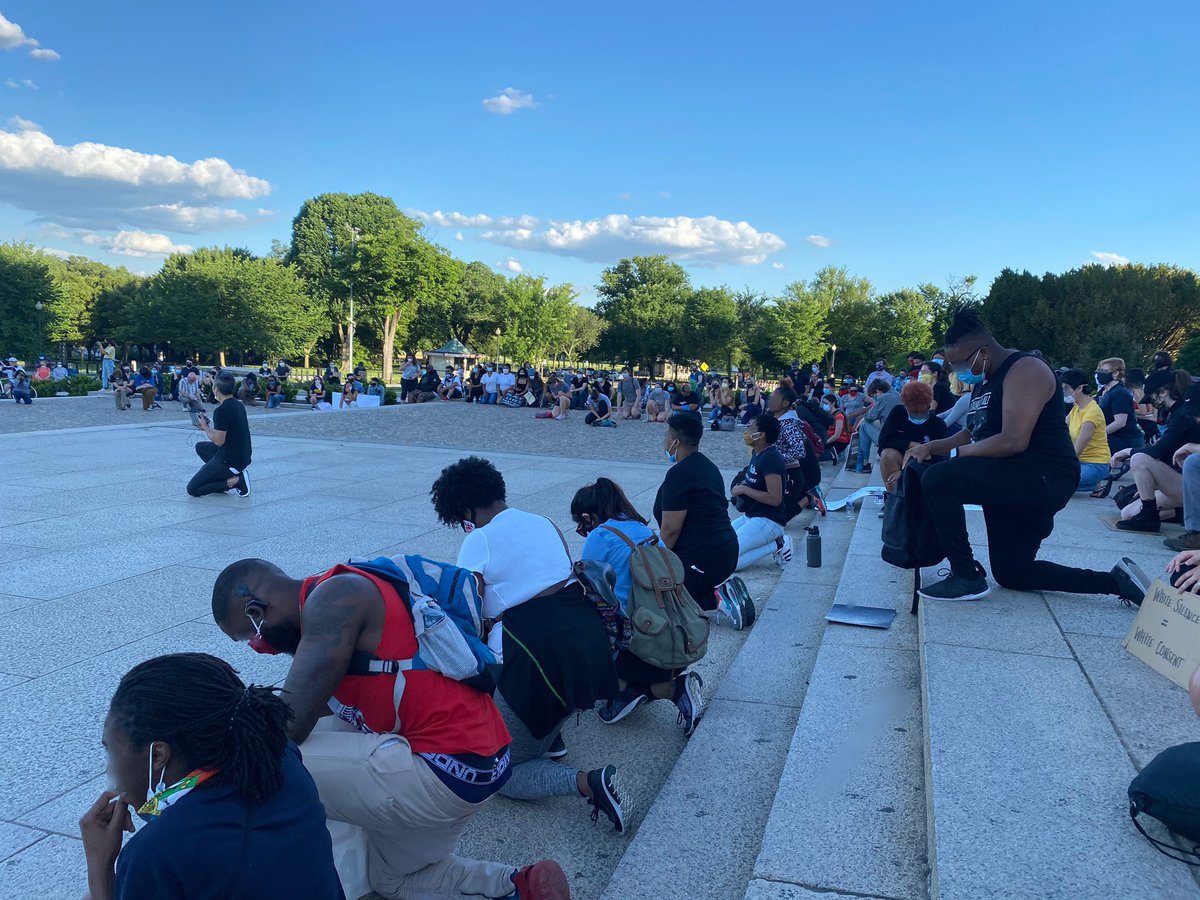 10. The streets of Santa Monica were silent for a few moments, but the message came through loud and clear.

Proud of you Los Angeles. This is from a protest in Santa Monica. This is the way. #GeorgeFloydProtests #ICantBreathe pic.twitter.com/hCTQPwkSlY

11. Finally, this protest turned into a loving celebration.

this is what needs to be shown on the news we need more positive things to look at not just focus on the negative but the positive sides too during these dark times🖤 #PeacefulProtests #GeorgeFloyd pic.twitter.com/RzSuT43NFA

We hear you, we love you, and we stand behind you. Thank you for making your voices heard.

Share in support of all the brave people out there fighting against racial injustice.