Cats are tricky. Sometimes they won’t have anything to do with their humans, and the rest of the time they won’t leave them alone!

When Rebecca and Alex May brought home two cats from a shelter in London, England, they had no idea one of them would be on the clingy side. Ziggy is a sweetheart and wants nothing more than to be on her family. Yes, we do mean “on.” 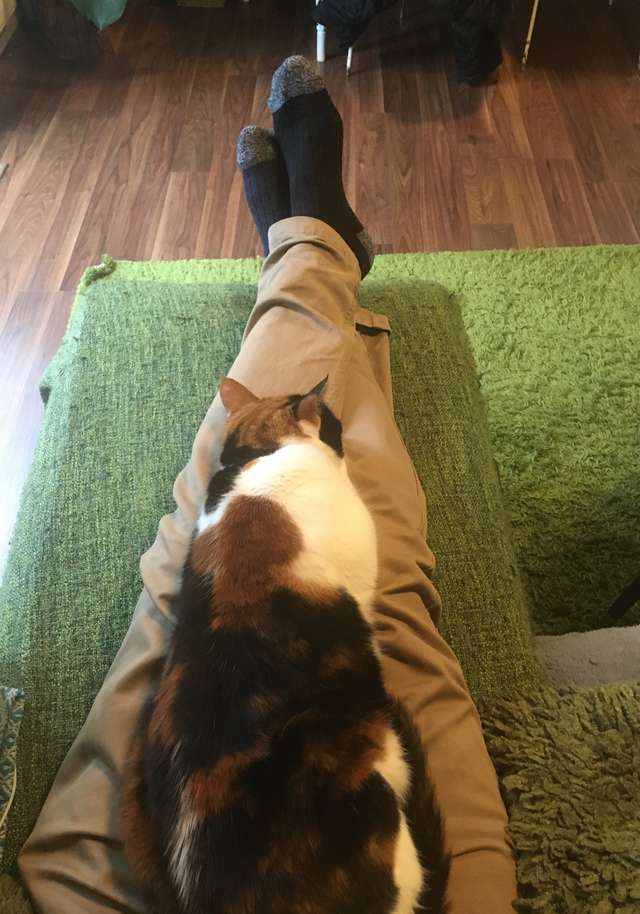 “When she bonds with someone it’s just really intense,” Rebecca said. “She absolutely has to be sat on you.”

Ziggy is obsessed with finding a comfy lap to settle down on — and she refuses to take no for an answer. Now that her parents work from home more often, it’s become a bit of a problem. While they’re trying to field phone calls and focus on their computers, Ziggy climbs all over them.

“She will sit squarely on your back or balance precariously on your arm or shoulder,” Rebecca explained. “She just has to be on you.” 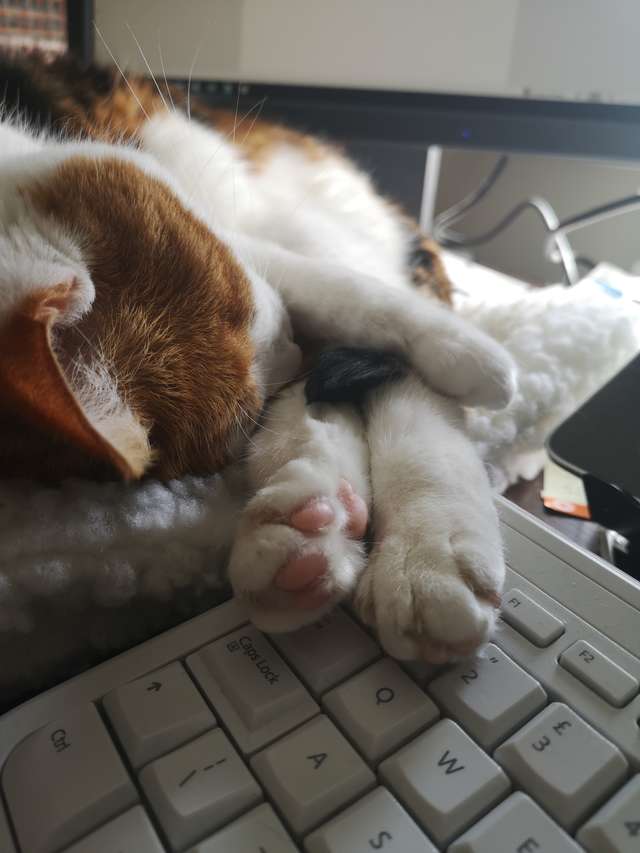 After trying a few unsuccessful ways to lure Ziggy away from their laps, they came up with a brilliant solution. They took a pair of sweatpants, stuffed them with blankets, and added a heating pad so it would be warm. As a final touch of realism, they threw in a “stomach” pillow and some tennis shoes.

Incredibly, it worked! Ziggy immediately honed in on the fake lap and crawled up to take a nap. Rebecca thought it was so cute and funny that she uploaded a picture of Ziggy on her faux human to Reddit, and it quickly went viral.

“Our cat has become SUPER clingy now that we both work from home,” she wrote. “We had to improvise.” 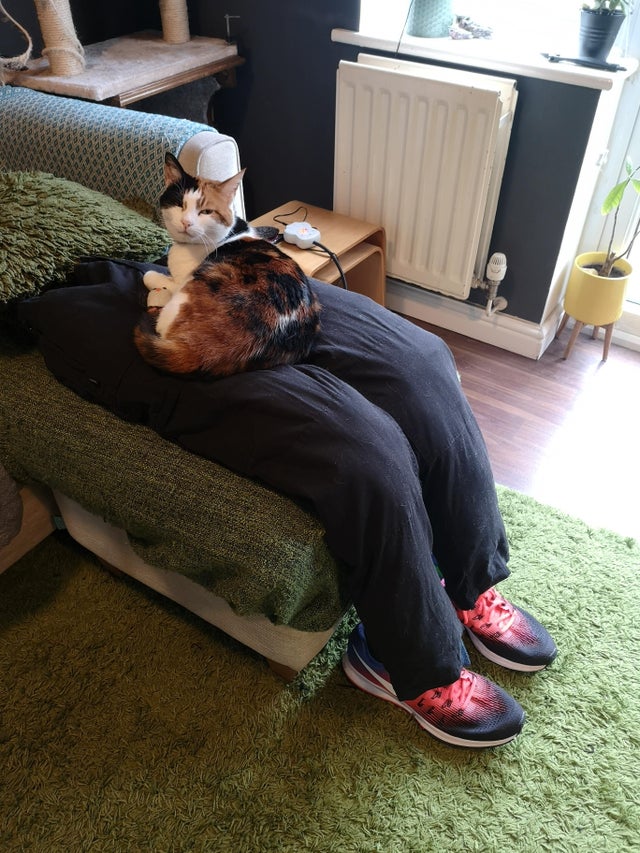 Rebecca said having the fake legs around is “a bit too scary to keep up all the time,” but when they need to get things done, they can put this together in no time! What Ziggy doesn’t know won’t hurt her, right?