Tennis icon Serena Williams is one of the strongest competitors to ever to play the game, but her husband wants everyone to know that she’s a tough contender off the court, too.

Serena’s husband, Reddit co-founder Alexis Ohanian, penned an emotional tribute to his wife after she lost her 24th grand slam at the Wimbledon final. Serena lost the coveted trophy to Germany’s Angelique Kerber, but the fact that she was even playing in the tournament at all is impressive when you consider that just 10 months ago, Serena almost died.

Days after our baby girl was born, I kissed my wife goodbye before surgery and neither of us knew if she would be coming back. We just wanted her to survive—10 months later, she's in the #Wimbledon final. Congratulations, @angie.kerber. @serenawilliams will be holding a trophy again soon—she's got the greatest one waiting at home for her. Our family knows she'll win many more trophies, too. She's just getting started. And I couldn't be more proud.

“Days after our baby girl was born, I kissed my wife goodbye before surgery and neither of us knew if she would be coming back,” Alexis wrote on Instagram. “We just wanted her to survive—10 months later, she’s in the #Wimbledon final.” 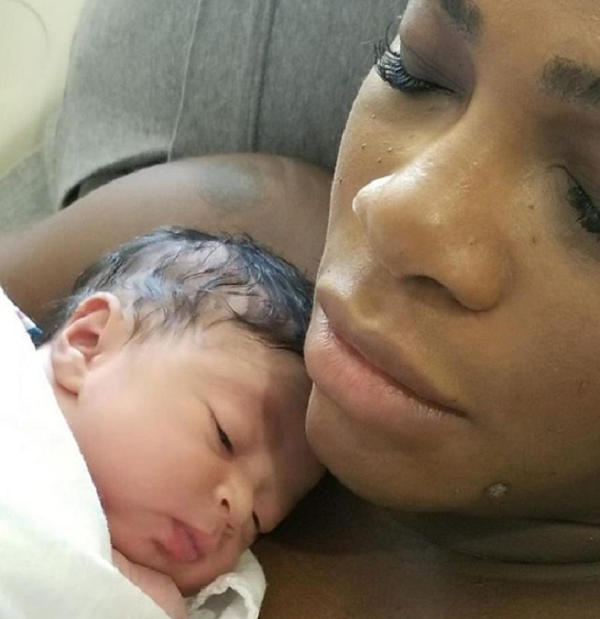 To say Serena’s birth story and ensuing recovery was traumatic would be an understatement.

After undergoing an emergency C-section to birth the couple’s daughter, Alexis Olympia, Serena suffered blood clots in her lungs. Those clots caused coughing fits that then lead to her C-section scar rupturing, which in turn required a second surgery to repair the scar.

That’s when they discovered a large hematoma in her abdomen that needed to be repaired. She also required additional surgery to remove the blood clots from her lungs 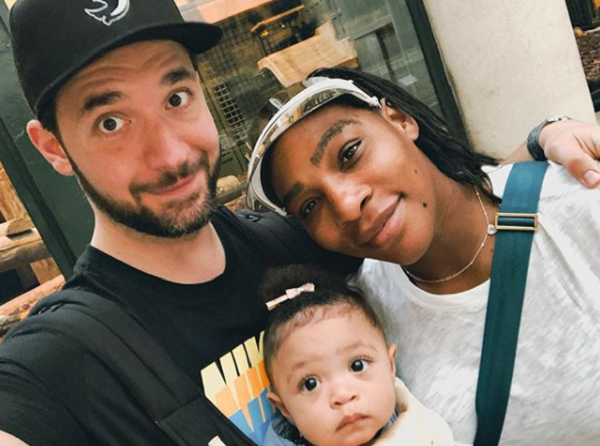 Serena spent a week in the hospital recovering and then was bedridden for six weeks following the birth of her daughter.

In spite of these hardships, the athlete knew she had to work harder than ever to return to good health. She became one of the rare celebrities who share the challenges of motherhood with her fans, often taking to social media to bemoan the same diet and exercise-related woes many new moms experience. 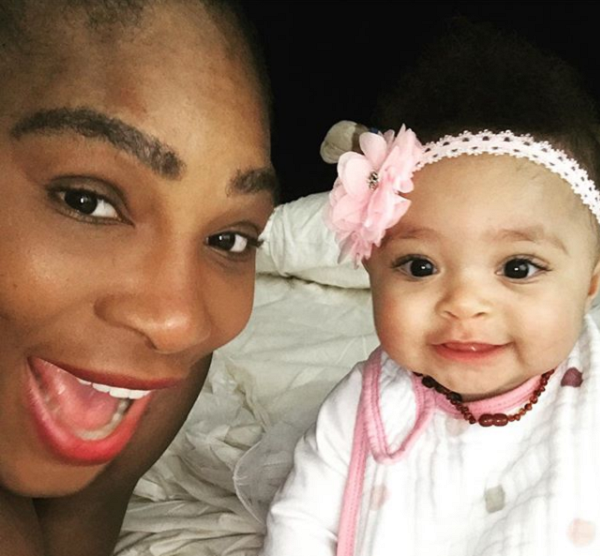 “I almost didn’t make it to be honest,” she said. “I remember I couldn’t even walk to my mailbox, so it’s definitely not normal for me to be in a Wimbledon final. So I’m taking everything as it is and just enjoying every moment.”

As she continued to get stronger, Serena encouraged everyone to work on their fitness while keeping up with their mental health, too. On her social media pages, she’s incredibly open and relatable with her struggles, including her battle with postpartum depression, stopping breastfeeding, and trying to resist the urge to eat fried rice at 2 a.m.!

Catsuit anyone? For all the moms out there who had a tough recovery from pregnancy—here you go. If I can do it, so can you. Love you all!! pic.twitter.com/xXb3BKDGNF

All of Serena’s hard work was not lost on her devoted husband, who witnessed her strength and perseverance firsthand. Now, with just a few sweet words on Instagram, he’s reminding the world that he is his wife’s biggest fan.

“@serenawilliams will be holding a trophy again soon—she’s got the greatest one waiting at home for her,” Alexis wrote, referring to their beautiful daughter. “She’s just getting started. And I couldn’t be more proud.” 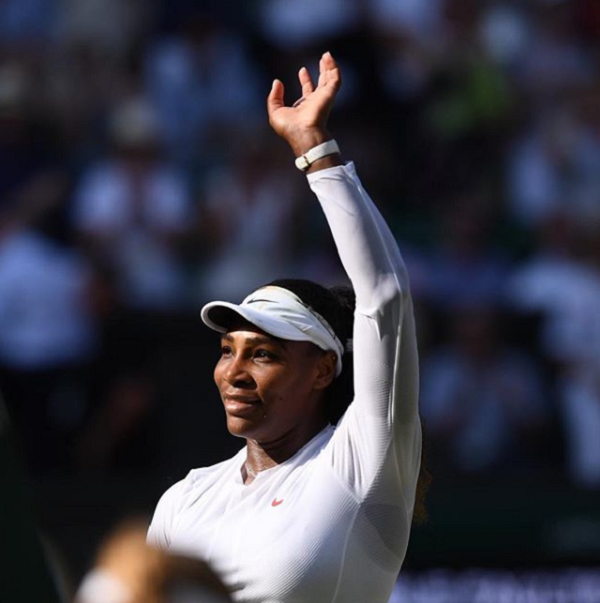 Talk about relationship goals! Serena is the sort of champion who will never stop exceeding expectations and fighting. She’s also giving mothers everywhere the sort of positive role model that is often sorely lacking in celebrity culture.

Share this message to spread Serena’s message of self-love and hard work far and wide, and to say thank you to the amazing husband who clearly supports her every step of the way.