Even if you can’t hear what’s going on, it’s safe to assume a coach who’s wildly gesticulating at his players off on the sidelines of a field or court isn’t happy. The team’s getting reamed out about something, and your heart always kind of goes out to them.

That’s what you’d think here, too, but it’s just the opposite. This coach is just giving his team a pep talk, and the only reason he’s being so animated about it is because he’s doing it in American Sign Language. 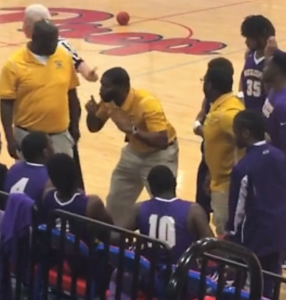 Coach Sekoe White serves as head basketball coach at the Mississippi School for the Deaf (although these team players are technically hearing impaired, not completely deaf), and at that November 8 game, the Bulldogs were pitted against Jackson Preparatory School’s Patriots.

Kenny Griffis was seated in the stands that night and shot the clip, then shared it on Twitter, and it’s now been viewed around the world.

“The player was frustrated. This coach’s exchange with the player was the best coaching I’d ever seen,” Kenny said. “I have no idea what their communication was, but the player went back on the floor and almost won the game by himself.”

Kenny may not know sign language, but some of the people who saw his tweet are at least somewhat familiar with it and attempted a rough translation: 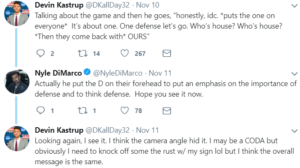 This is one amazing and inspiring coach! On the biography posted on the school’s web site, he says participating in sports “allows the opportunity for students to have their ‘showtime’ and share the knowledge they have gained from Academic and Residential Life at MSD.” 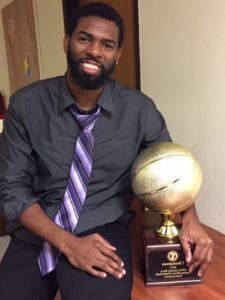 Watch the clip that has everyone talking down below, and don’t forget to share!

Passionate Mississippi basketball coach uses sign language in pep talk to deaf players during timeout as they try to mount a comeback against their opponents. https://abcn.ws/2DKzTcK