Facing our fears is crucial if we want to live the best life possible. Of course, there are countless creative ways to go about it!

Students at Hope Hall School in Gates, New York, have their own unique approach, one that involves dirt, shovels, and small scraps of paper. 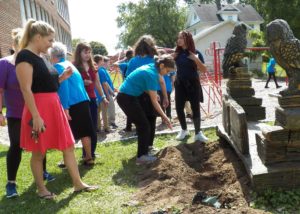 The school is as unique as its tradition. It’s a place where children and teenagers with special needs come to learn in an environment catered to them. As for the organization itself, people didn’t believe it would last six months. Sister Diana Dolce, Hope’s founder and executive director, said that’s because its funding is based on private donations and grants.

Thankfully, like its students, the school is overcoming the odds — and has been for the last 25 years. 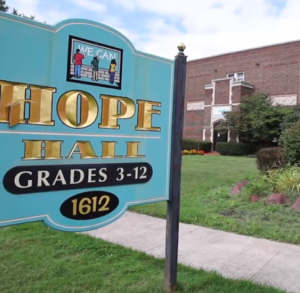 “We all have heard people tell us what we can’t do,” Diana said. “The kids who continue to come to Hope Hall now were the ones bullied. The ones who, no matter how hard they tried, they weren’t learning. The kids who were excluded from birthday parties and sports teams.”

As a result, they carry the weight of many fears. That’s why the school started its wonderful annual tradition. Every student is given a slip of paper and told to write down something that concerns them for the upcoming year. 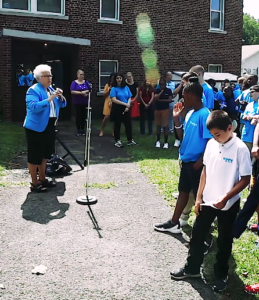 They are instructed to use “I can’t” statements, such as “I can’t get a friend,” or “I can’t look at myself and not see flaws.”

Then they dig a hole outside and toss the notes in, literally and figuratively burying their inability to conquer what they fear most. Not only is the activity a symbolic cleansing of negative perceptions, but it also serves as a collective showing of support so everyone knows they’re not alone. 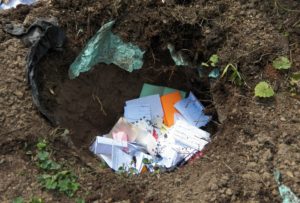 But the symbolism doesn’t stop there! The holes are filled with vegetation because, according to Diana, “As the plants and trees grow, so do we.” 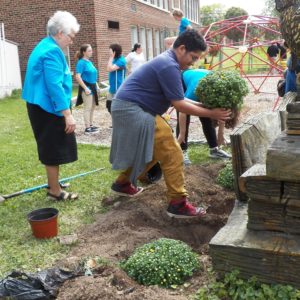 What a great way to kick off the year with positivity and support! Every school should adopt this tradition, don’t you think? We can definitely see this encouraging students as they return to the classroom.

Learn more about Hope Hall’s “I can’t” ceremony in the video below, and share to spread the amazing idea!

Students face their fears by burying them in the ground

"I can't get a friend." These kids take their worst fears and bury them at the beginning of each school year. 💪