Every summer, many of Ohio’s police officers are tasked with patrolling the state fair. They walk around the grounds in uniform and keep a watchful eye on activity.

The Ohio State Highway Patrol (OSHP), in particular, take their role in public safety very seriously. However, they also believe in balancing work and play — particularly when it comes to the fair. 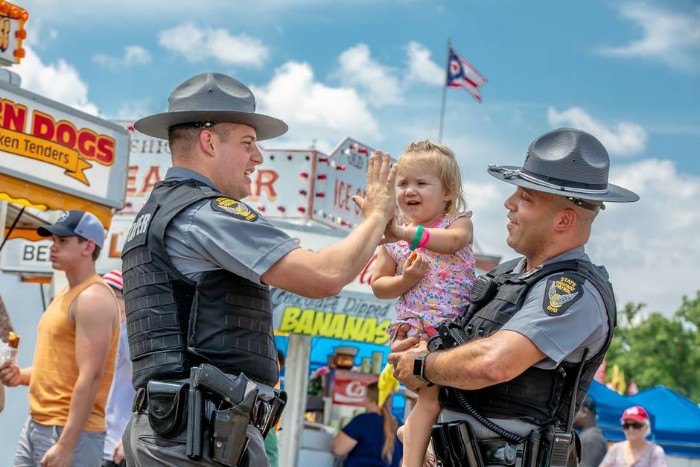 On their Facebook page, the OSHP share a lot of valuable information with the public including safety tips, arrests, community news, and general updates. Mixed in with all of the official posts, there are often photos of the officers having fun at events they host or patrol. 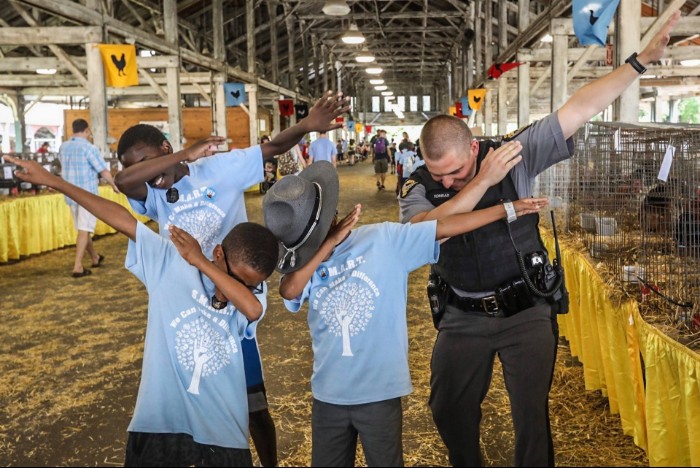 Some of the most heartwarming pictures are of them hanging out and playing with kids in the community. 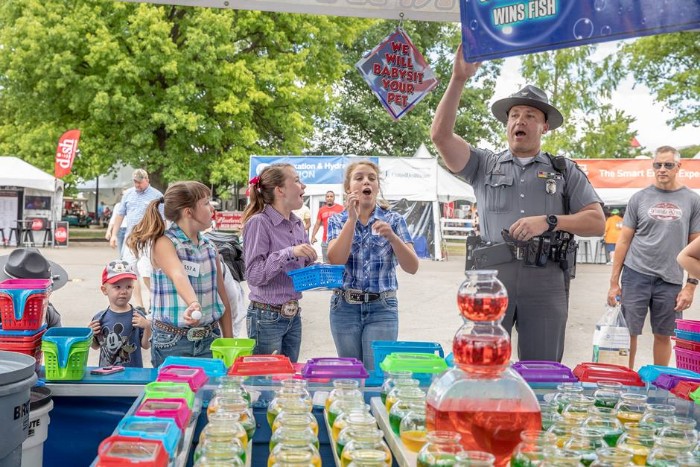 Despite their obvious love for the state fair, and all the fun that comes with it, one OSHP trooper still managed to catch fair attendee, Charmia Berwanger off-guard after a little rain storm.

Charmia was taking a video of two boys splashing in puddles at the fair when suddenly, a trooper ran up to them. He didn’t say a word, though, he just joined right in, splashing water high in the air.

In fact, the little boys were so taken aback by the appearance of the trooper that they stopped and stared! 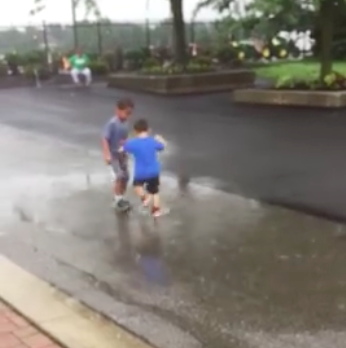 After some coaxing for the children to join back in on the fun, they were making “waves” in the puddle in no time!

Charmia was so touched by the sweet moment, that she sent the video to the OSHP with a note that said, “My hat’s off to this officer. Great job!” The OSHP were equally proud of the trooper and shared the video to their Facebook page — further proving that their officers know how to have fun. 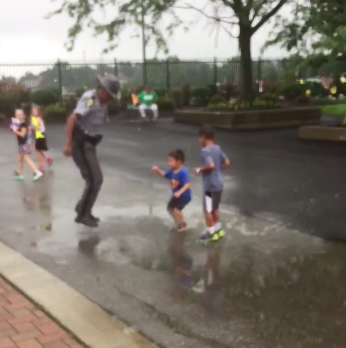 The video racked up hundreds of thousands of views, shares, and likes from citizens applauding the officer. Many people left comments about how much they appreciate seeing the OSHP at the fair and how they’ve taught their kids to look for the officers in uniform if they are ever in trouble.

By the looks of it, kids may start looking for the officers in uniform even when they aren’t in trouble — because the OSHP clearly knows how to have a good time!

Check out the puddle-jumping video below, and don’t forget to share the sweet story.