In April of 2019, Ayden Morgan went with his family to a Kelsea Ballerini concert where he got to meet her backstage. The entire night was a wish come true for him that was granted by Do It For The Love, an organization that “brings people living with life-threatening illnesses, children with severe challenges and wounded veterans to live concerts.”

Ayden must have left quite an impression on Kelsea when the two of them met, because it wasn’t until several months later that he received a sweet gift and note from her delivered to his house. The gift was so meaningful, it brought him to tears. 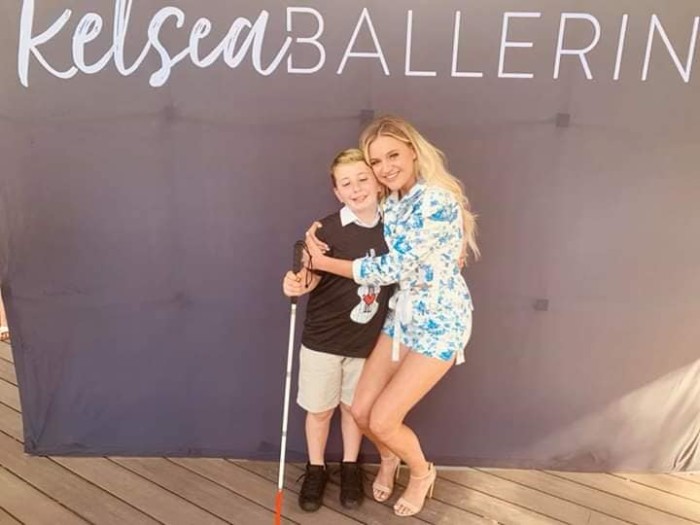 When he was born, Ayden was diagnosed with rare brain cancer that he’s been fighting ever since. It left him blind by the time he was 3 years old and caused him to undergo more than 20 surgeries before his 10th birthday. It’s no wonder Do It For The Love and Kelsea wanted to grant Ayden’s wish.

When Kelsea’s gift arrived at Ayden’s house, it came with a note that said, “Meeting you in St. Augustine really touched my heart, and I wanted to get you a special guitar to encourage you to keep playing and using your gift. All my love. Kelsea.” 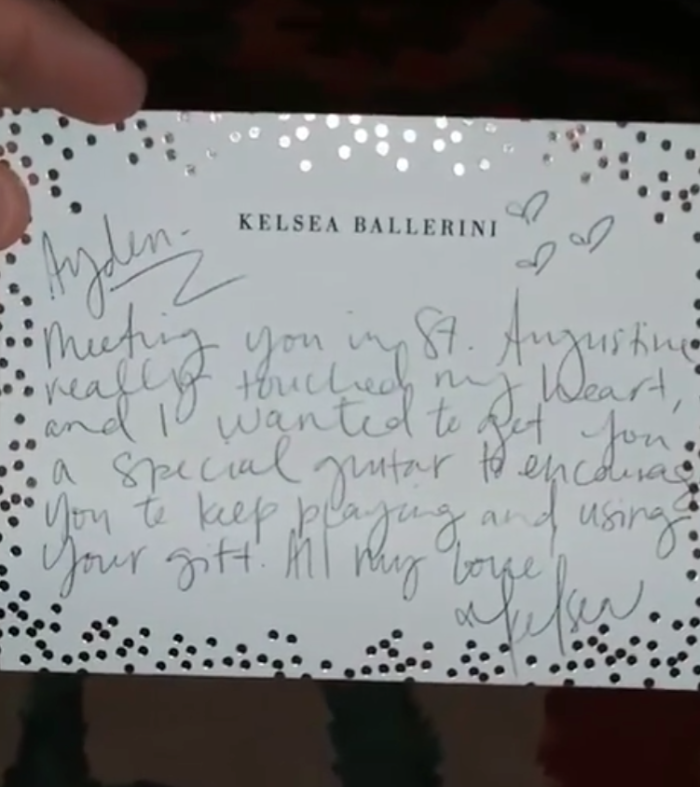 The gift itself was a brand new white electric guitar. Kelsea sent him the instrument because, during their meet and greet, the two of them talked about their shared love of playing different types of instruments and the electric guitar in particular. 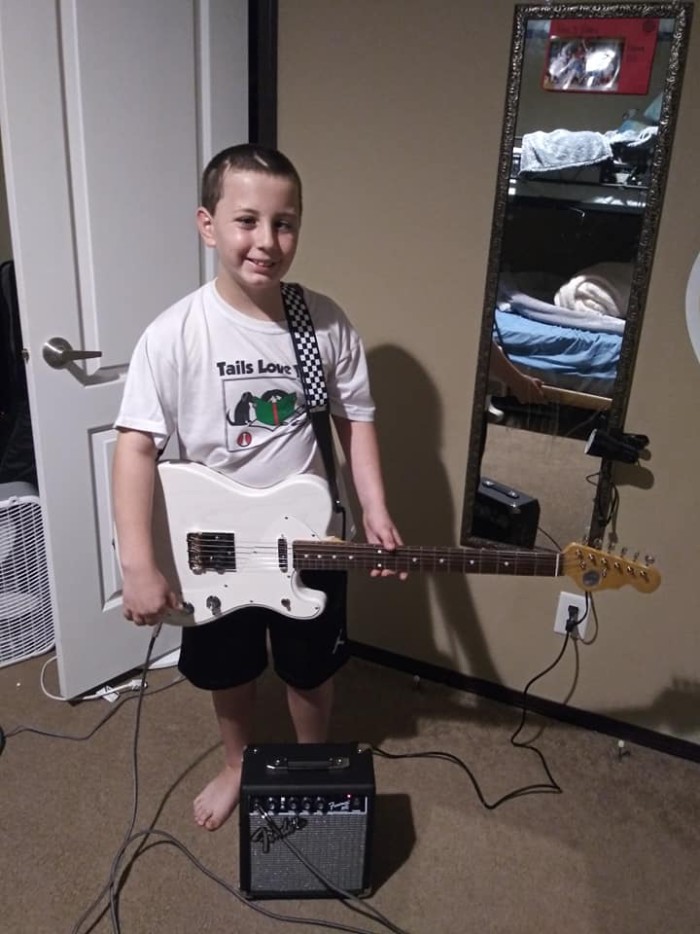 Ayden’s mom, Tiffany captured his reaction to the surprise gift on video. His reaction was so genuine and full of love that it could be argued her gift was an even bigger wish come true for Ayden.

Watch Ayden’s amazing response to Kelsea’s present in the video below, and remember to share the story with your friends.