Living on the streets is never easy, but it’s particularly frightening during the cold winter months.

February 2018 brought unusual temperatures for many places, including Bristol, England, as well as most of the United Kingdom. News organizations dubbed the storm that hit the U.K. in late February the “Beast from the East,” and government officials warned residents to get home and stay there as the blizzard hovered off the coast. 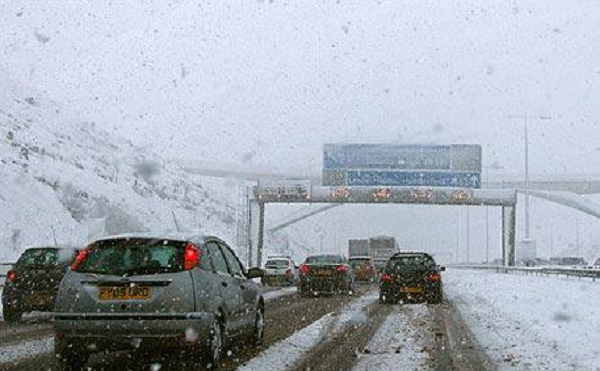 As temperatures plummeted across the land, the people behind the “Keep Bristol Warm” initiative kicked their efforts up a notch.

The charitable group aims to “challenge the perception that homeless people are any different from the rest of us,” and they’ve been organizing a week-long service to give warm winter clothing to the homeless for months. 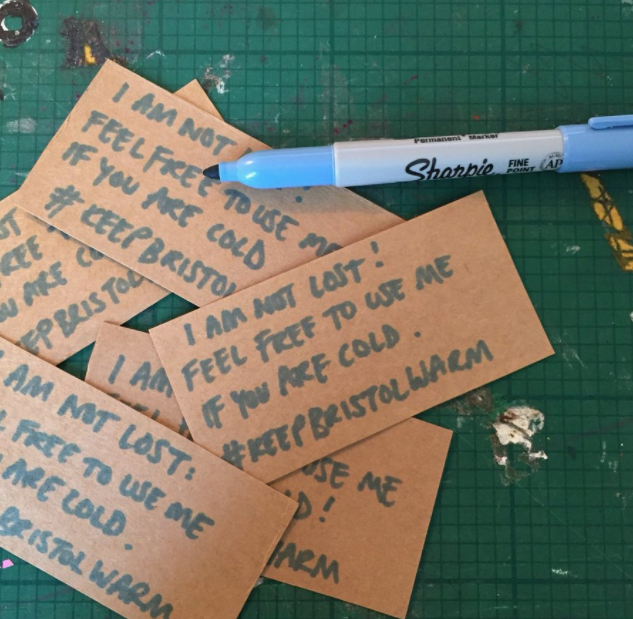 It just so happened that the week they planned to act, a massive storm brought freezing cold temperatures and more snow than the city usually sees all year long!

Undeterred, volunteers took to city streets and tied scarves, gloves, and hats to light posts and fences. Each article of clothing included a note with the words, “I am not lost.” 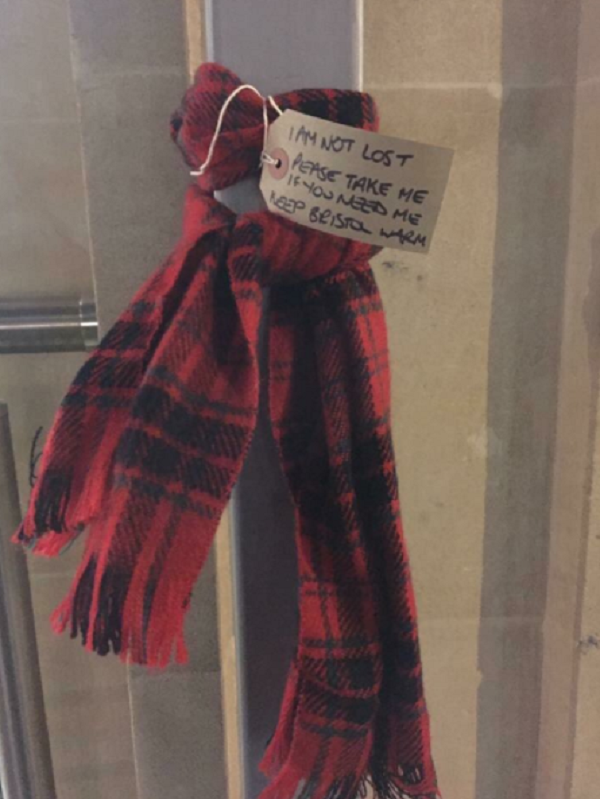 The aim is to provide warm clothes to the people who spend their days and nights huddled for warmth, especially during cold nights like the ones ahead. 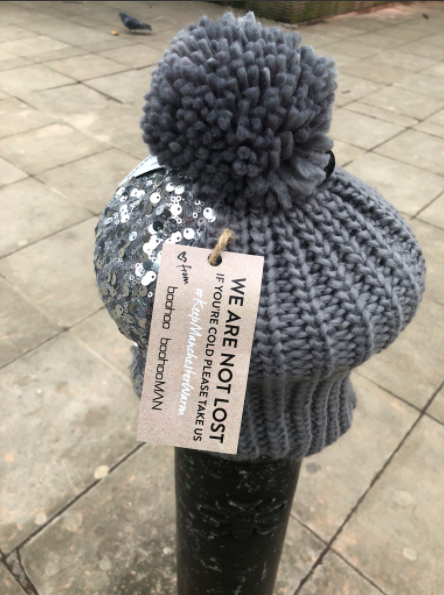 Soon, the initiative spread beyond Bristol to other cities. People seemed eager to help others weather the storm. 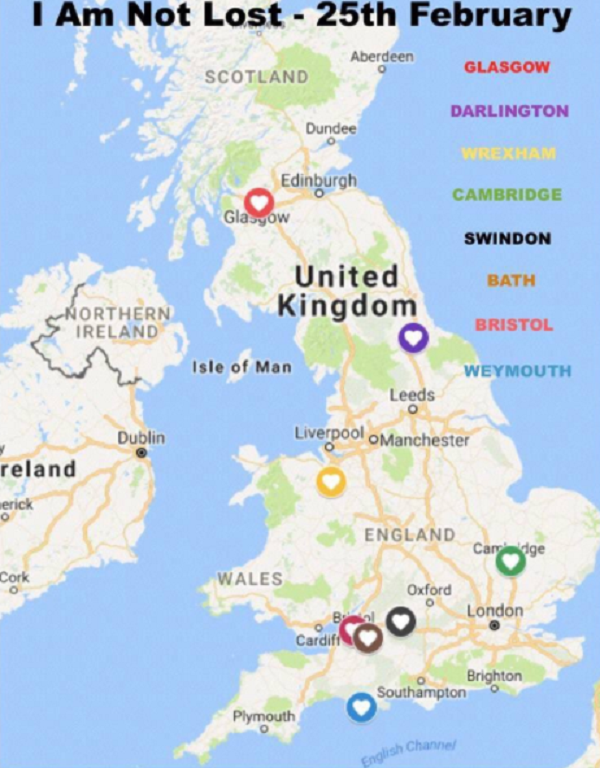 Let’s hope this trend continues to catch on in more and more cities, in the U.K. and beyond! 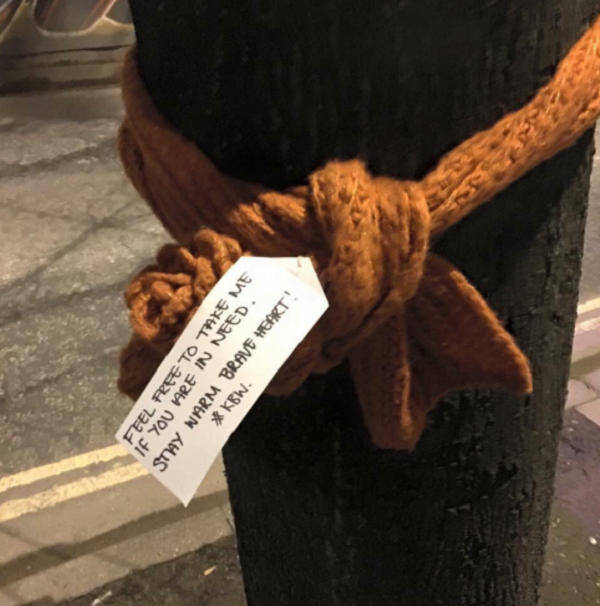 What a wonderful thing to do! It just goes to show that there’s always something you can do to help others, even if it’s simply donating an extra scarf or hat to someone who needs it.  After all, we’re all in this together.

Please share to spread this beautiful message of love and unity.