For the past 12 years, John Lockett has graced Georgia’s Sand Hill Elementary School with his positive presence and infectious smile, serving as the school’s honorary grandfather.

Nobody adores the beloved janitor more than the children who affectionately call him “Mr. John.” And the feeling is mutual; the school has always been so much more to John than an employer. He calls everyone there family.

But, as the saying goes, all good things must come to an end, and this year, the 83-year-old is retiring to spend more time with his wife and grandchildren. So in May, staff, teachers, and students teamed up to throw John a farewell party fit for a king. 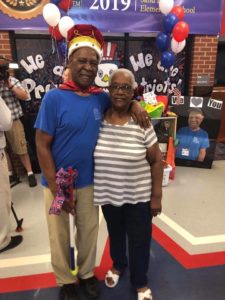 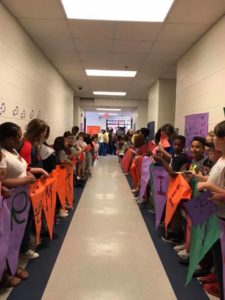 And they went all out, holding up signs and cards with messages of love for John. They also made him a king for the day, presenting him with a crown and cape to wear as he walked the halls one last time with his wife. Even news crews came to document the sweet send-off! 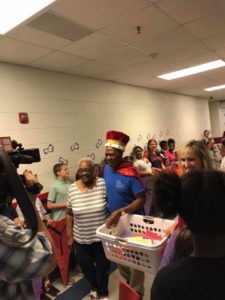 John broke down in tears when he first saw what they’d done for him. “What is going on? Ya’ll gonna make me cry,” he said. But Principal Carla Meigs says it’s the least they could do for him.

“He’s at work every day no matter how bad he feels with a smile on his face,” Carla said. She had actually encouraged John to retire in 2018 so he could focus on his health, but the dedicated janitor insisted on finishing out the school year with the kids. 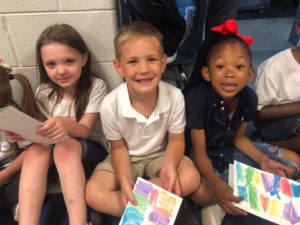 To thank John for all his years of hard work, the school presented him with a special plaque, triggering another flood of tears. It reads, “You have made a difference in the lives of so many.”

It was more than John could have ever asked for. He didn’t know anyone when he first came to the school, but when he left, his heart was bursting with love. He’ll always cherish the precious memories created there.

“These kids mean the world to me, the school is definitely a family to me,” John said. 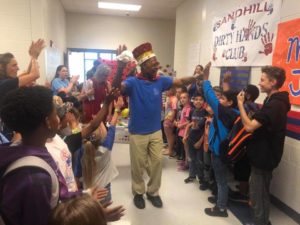 Happy retirement, Mr. John! You deserve to finally kick back and relax, though we know you’ll miss your friends at the school. We’re sure they wouldn’t mind at all, though, if he popped in for a visit from time to time.

Check out John’s kingly procession in the short clip below, and share so others can join in on the celebration!

Posted by Sand Hill Elementary School on Friday, May 17, 2019