Humans might not be the only beings on earth that care for the welfare of animals outside their species. The story and images below were captured when a marine biologist witnessed two Humpback whales attempting to save a seal that was  being hunted by killer whales.

At first it seemed like the usual, deviously clever attack. Several killer whales weretrying to catch a Weddell seal that had taken refuge atop a drifting patch of Antarctic ice. The orcas swam alongside each other until they were able to create a wave that knocked the helpless animal into the water. Death seemed only moments away. 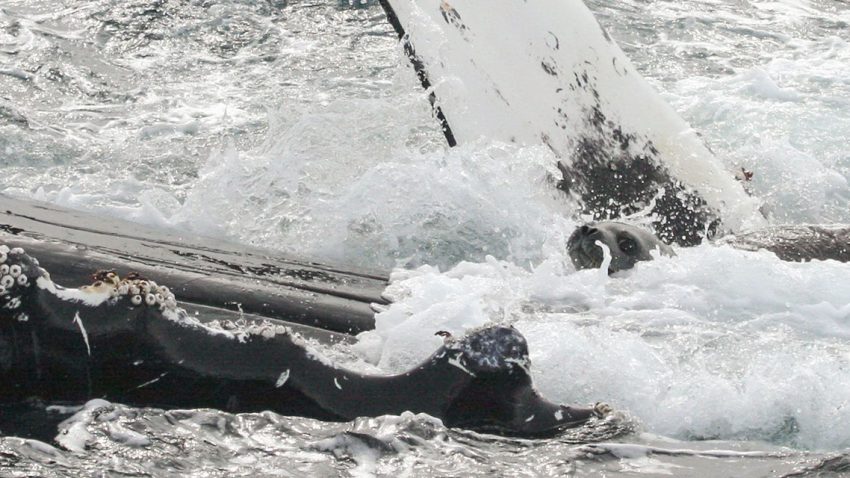 Then something amazing happened; a pair of humpback whales appeared. As the panicked seal swam toward them, a lucky wave tossed it onto the chest of the closer whale who had turned over on it’s back. The whale arched its chest out of the water, keeping the seal away from the charging killer whales circling all around. Each time the seal started to fall off of its perch, the humpback whale carefully pushed it back onto its chest with a flipper. When everything was safe, the seal was able to scramble to safety on another, more stable iceberg floating nearby. 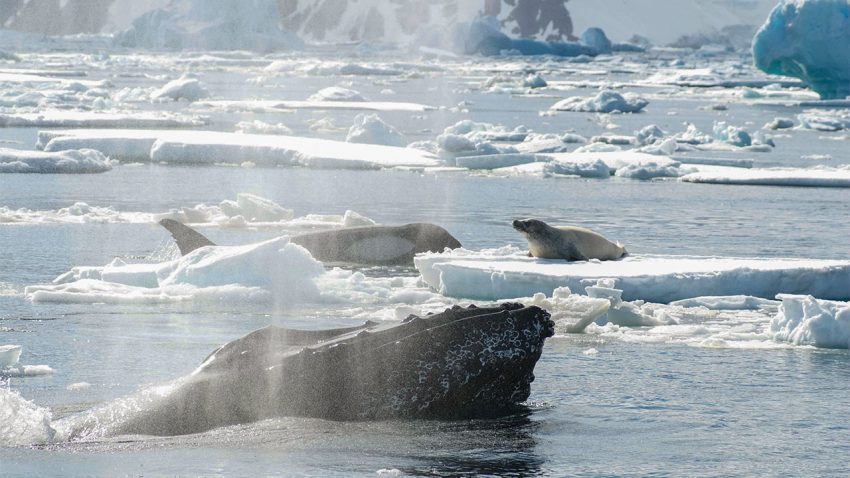 “I was shocked,” recalls marine ecologist Robert Pitman, who witnessed the episode in 2009. “It looked like they were trying to protect the seal.”

Even more surprising, was that this was not an isolated incident. Since 2009 there have been 115 documented cases of Humpback whales intervening when they find another animal is in danger… check out the dramatic footage below to see a pair of whales attempt to save a Grey whale calf that was separated from its mother.