When bad things happen, it’s comforting to remember that there are people who will rush to help you if you fall.

Firefighter Tom Meyers is no stranger to helping others, but a recent incident on highway I-88 in Illinois made him grateful for the kindness and strength of strangers. Tom was leaving his full-time firefighting job in Rosemont and heading to Aurora Township for a part-time firefighting shift when he found himself at exactly the right place at the right time. 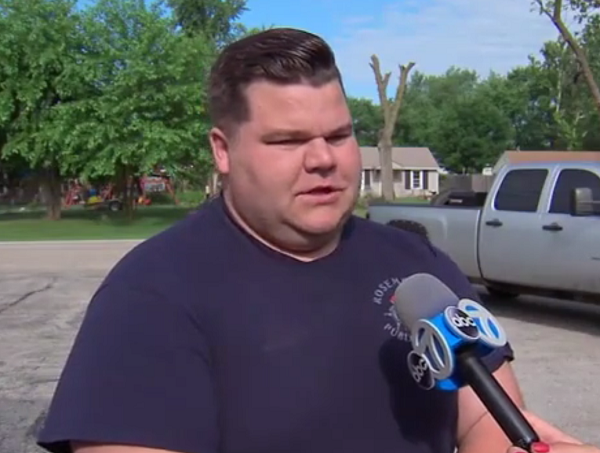 As Tom drove west on I-88 he spotted a scary sight: a maroon pickup truck had experienced a tire blow out in the fast lane, sending the vehicle soaring out of control. The truck flipped over and landed on its roof, trapping the driver inside. “When you see something like that you always have the urge to help,” Tom explained. 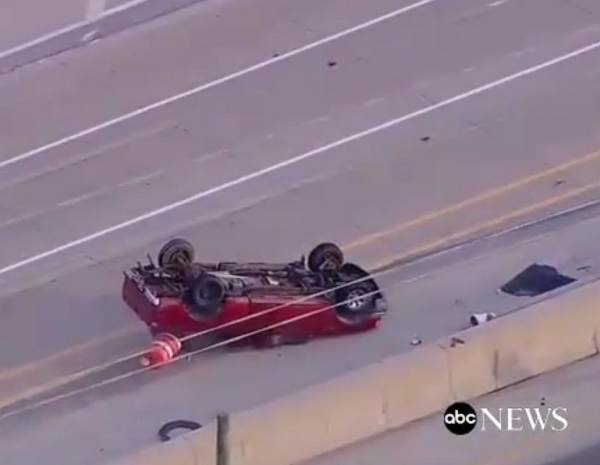 Instantly, Good Samaritans rushed to the truck. Many of these helpers were construction workers who’d been doing highway work nearby. Tom also pulled his truck over and grabbed his first-aid kit before rushing to see if he could help. As someone called 911, the team spoke to the driver and determined that the only way to get him out was to flip the truck right-side up.

That’s when something truly remarkable happened: All of the men started to work together to push the truck over. 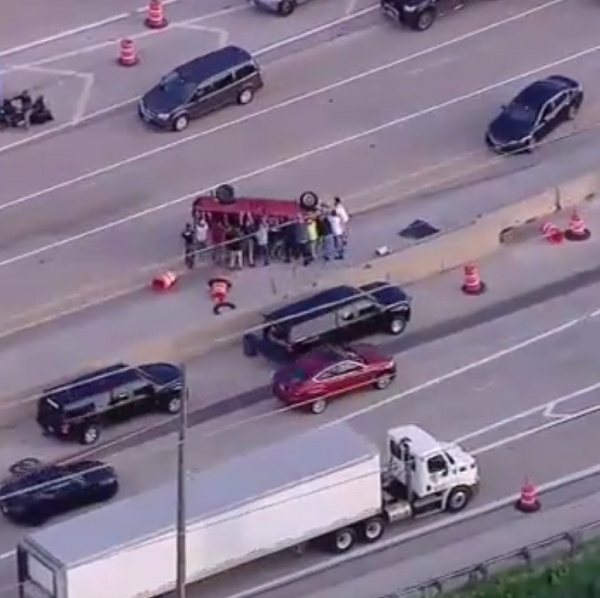 Once the truck was back on its tires Tom knew that they would have to do some cutting to get the driver out. “So at that point, I knew we had to break the windshield and cut the seat belt,” he said. Under Tom’s direction, the workers grabbed their tools and broke the windshield. They then cut away the seat belt, and even though Tom warned the driver to wait for the firefighters before getting out the driver was so keyed up he jumped out of the open window by himself.

All of the workers cheered when they saw the driver walking away with only cuts and bruises to show for his scary morning ride! 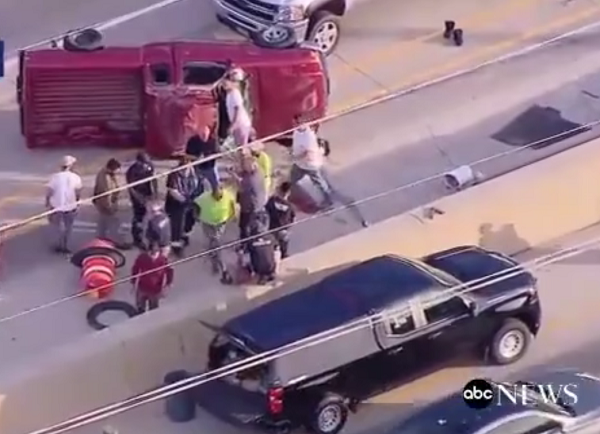 What a terrific reminder that when people work together they can move mountains! These men weren’t expecting to become heroes that day at work, but when the challenge came up, they rose to the occasion. People are generally good and want to help others. Remember that when things seem bleak!

Watch this incredible rescue in the video below and be sure to share.