Khloe Land of Coos Bay, Oregon, hasn’t known her little brother for long, but her love for him already knows no bounds.

In fact, the 4-year-old’s parents have deemed her the superhero of the family for proving she’d do anything for baby Colton — including saving his life. 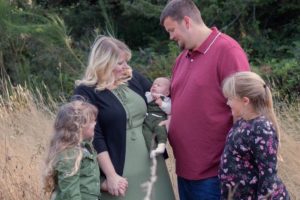 Colton came into the world on July 24 as a seemingly healthy baby boy. But just a week later, doctors shared tough news with his parents, Kayla and Daniel Land. Colton was born with severe combined immunodeficiency (SCID), a condition also known as “bubble boy disease.” People who have it are incredibly susceptible to infections because of their weakened immune systems. As such, they have to isolate themselves for safety.

The infant needed a bone marrow transplant to survive. 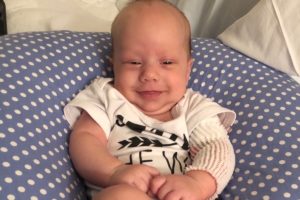 Because transplants with matched sibling donors tend to have the best outcome, the Lands tested both Khloe and her sister, 8-year-old Krissy, through the Be The Match registry. They only had a small chance — about 25 percent — but they had to try. Khloe turned out to be a perfect fit.

“My husband and I were hoping it was our older daughter because she understood and she wanted to be the one to help her little brother,” Kayla said. “When we found it was Khloe, she was really excited at first and then fear kicked in within about 30 seconds and she broke down and told us how scared she was.” 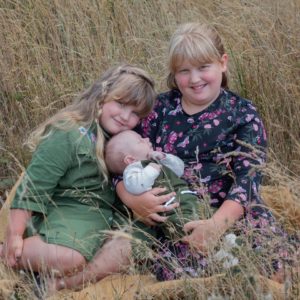 But fear didn’t stop the brave little girl. On September 16, Khloe wore a Superman dress to OHSU Doernbecher Children’s Hospital in Portland, where she underwent the transplant. Kayla shared a photo of her daughter in a hospital bed that day, writing, “My sweet girl.
She had such a hard time but she’s so brave.” 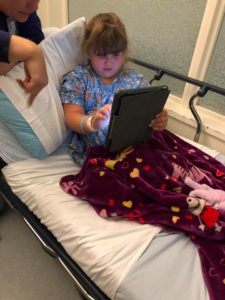 Speaking about Krissy, she added, “Big sissy is having a hard time — she’s held in all the emotions and stress for a long time and today was the breaking point. She can’t wait for her sissy to be out and okay.” 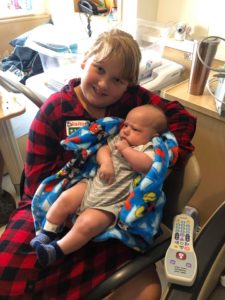 In an update on the GoFundMe page set up to cover the family’s medical costs, Kayla wrote that following the procedure, Khloe was “up and playing like nothing ever happened.” As for Colton, the sweet boy was “still smiling” even after everything he’d been through. 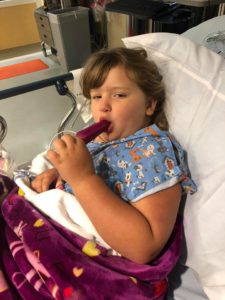 Colton will stay in the hospital for the next month as his body adjusts. But once he’s recovered, the little boy is expected to live a healthy life. And eventually, he’ll play outside with his big sisters — both of whom clearly love him so much. 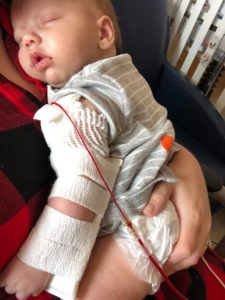 If you’d like to help the family with medical costs, donate here. Please share this story as well to encourage others to consider becoming life-saving donors.