What can we say? We love love.

Every day we try to bring a little more love into the world by highlighting the sweetest stories of humankind. Here are the 10 stories that touched our hearts the most in 2019.

1. Man Who Refused To Leave Girlfriend After Cancer Diagnosis Proposes At Final Treatment. 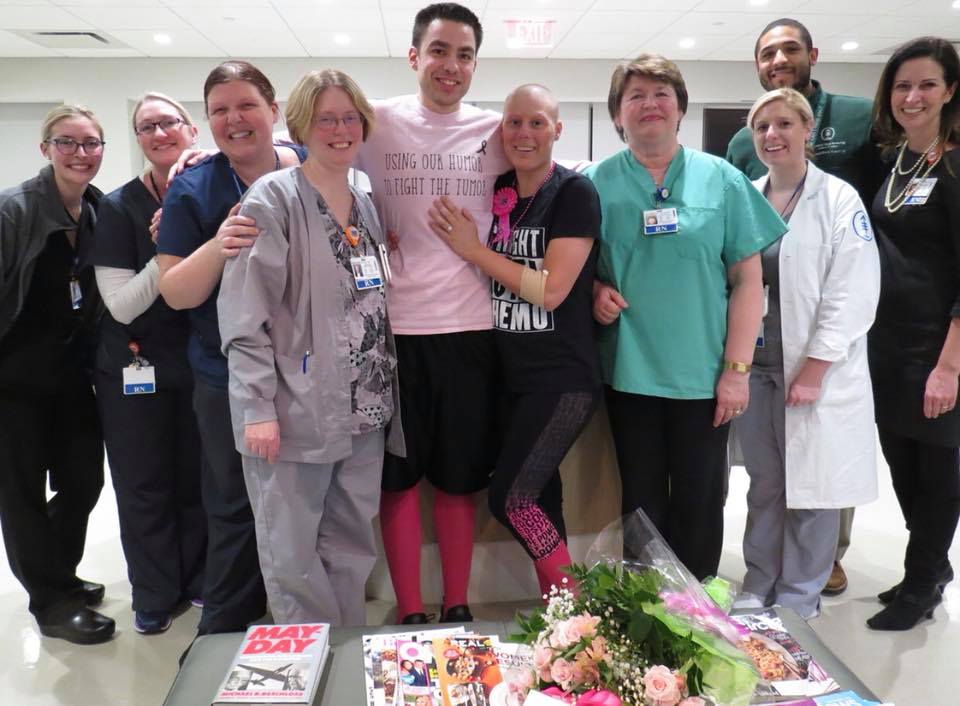 Max and Jillian fell in love in college, but when Jillian was diagnosed with stage 2 breast cancer at age 25, she wasn’t sure he would want to stick around to watch her struggle to get well. Jillian gave Max an out, but he refused to leave her side. Instead, he moved heaven and earth to make things as easy as he could for her as she underwent treatment. On her last day of chemotherapy, there wasn’t a dry eye in the room when Max got down on one knee. Read more.

When single mom and professional caregiver Laura Luna was forced to bring her 4-year-old son Royal to work with her one day, she was a little worried the child wouldn’t get along with the man she looks after. Doug Cheek is 76 and has Alzheimer’s, but the second he met Royal the two formed a close bond. Doug’s wife says he “comes alive” when the little boy is with him, and their special friendship has inspired millions around the world. Read more.

3. Soldier Surprises Mom As She’s Walking Down The Aisle & Her Reaction Is Priceless. 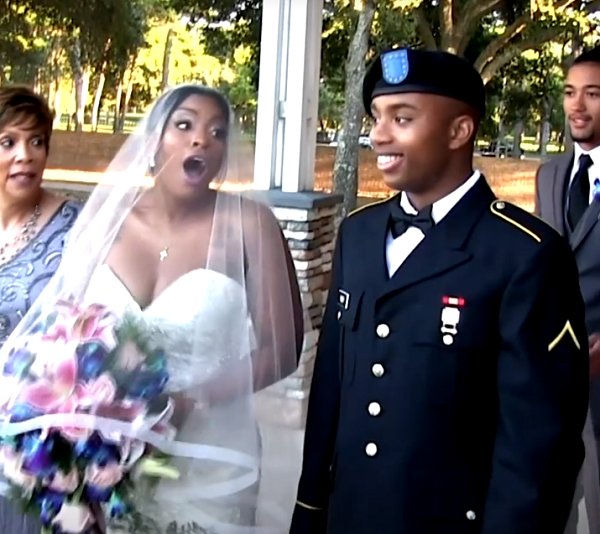 Tamara Twiner was sad that her soldier son wouldn’t be able to attend her wedding, but understood it was just another sacrifice that military families make for their country. Zaykeese Riley was stationed at Fort Lee, Virginia, but when he told his commanding officers how much he wanted to be there for his mom on her special day, they agreed to grant him leave. Without telling his mother, Zaykeese showed up as she walked down the aisle to give her the best wedding present ever! Read more.

4. Man Proud To Have A Dad With Down Syndrome Shares Heartwarming Message.

Sader Issa was raised by his mother and father Jad, who has Down syndrome. Now that Sader is a successful adult who’s studying to become a dentist, he wants to shatter the misconception that people with Downs can’t lead productive lives filled with love and commitment.

“A child who grows up in the lap of a person with Down syndrome will have all the love and tenderness that anyone can offer,” he said. “This will lead up to a person who has an emotional and social balance and is able to achieve anything he wants.” Read more. 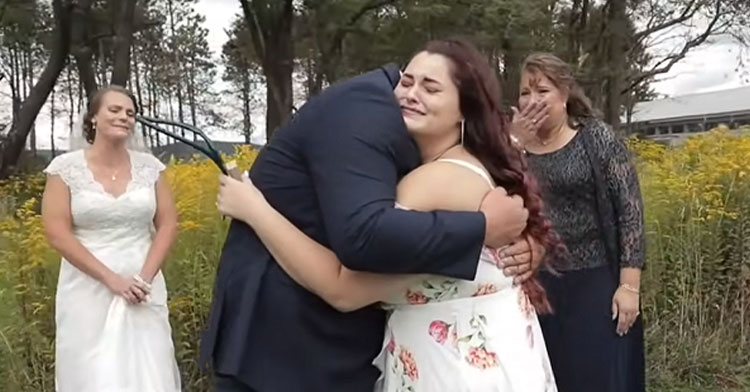 Tragedy took Derick Smith’s brother Jake from his family when he was just 13 years old, but his spirit still lives on in those who love him. On Derick’s wedding day, his bride wanted to give him a special gift to remind him that Jake is always with them. She invited a young woman named Gracie, who received Jake’s heart through the gift of organ donation. The moment he hears his brother’s “heart of a champion” beating in Gracie’s chest is incredibly moving. Read more.

6. Woman Texts Dad For 4 Yrs After His Death And Gets Sweetest Reply From Stranger.

Chastity Patterson of Newport, Arkansas, lost her father four years ago. The young woman struggled with the loss but found comfort in texting his old cell phone number every day, pouring her heart out about what is happening in her life. Four years after her father’s death, Chastity was stunned to receive a message in return. It turned out that the person who was receiving her messages was also grieving, and finding a lot of solace in her texts as well. Read more.

7. Big Brother Has Sweetest Message For Little Sister When She Graduates Preschool. 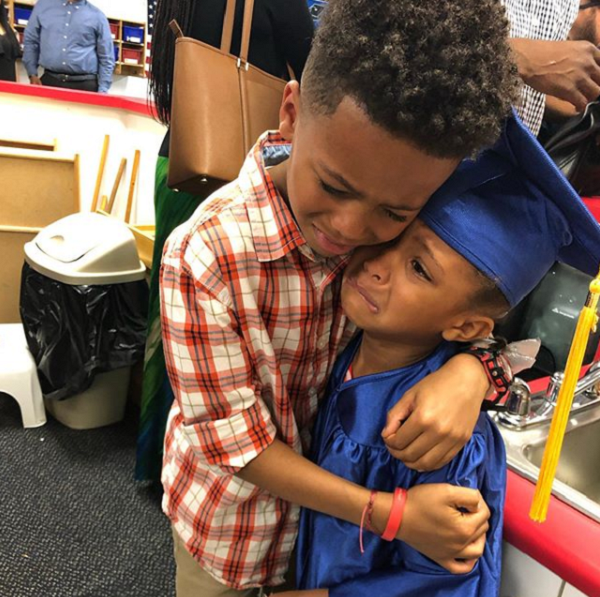 Aundrea Smith of Connecticut shared a beautiful photo of her daughter Charlee and her son Derek that caused an outpouring of love online. “Today my daughter graduated from Pre-K,” Aundrea wrote on Instagram. “After the ceremony, my son walked up to her and gave her a hug. ‘I’m just so proud of you,’ he said. Then, of course, my daughter started crying.” Read more.

8. 14 Yrs After Cop’s Death, Brothers In Blue Surprise His Daughter At Her Wedding.

On her wedding day, Kourtney Young was missing her father more than ever. Fourteen years ago her father, Denver police officer Donnie Young, was killed in the line of duty. Kourtney was particularly worried about special moments like the father-daughter dance, but when the big moment came, her father’s former coworkers at the Denver PD stood in for him in a big way. Read more.

9. Toddler Spots Best Friend On Sidewalk And Runs In For The Cutest Hug On The Internet. 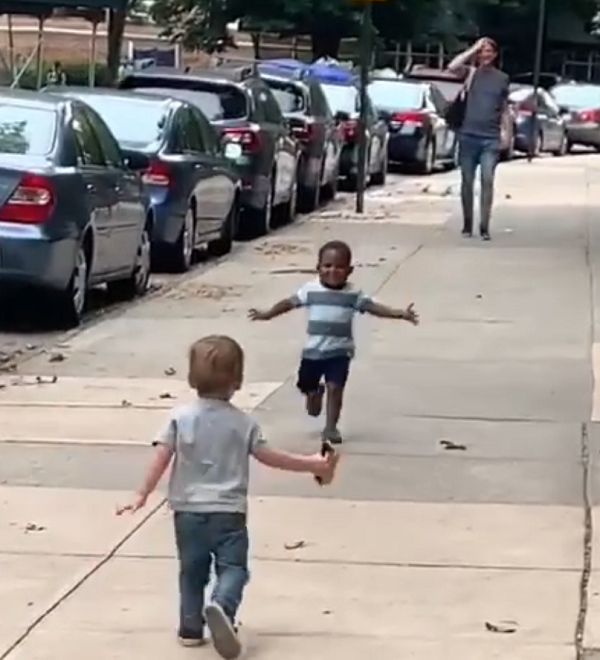 When two toddler BFFs spotted each other on a New York City street, they couldn’t wait to say hello. Dad Michael D. Cisneros captured video of the moment when his 2-year-old son Maxwell ran towards Finnegan with open arms. The internet’s heart grew three sizes that day! Read more.

10. Husband With Dementia Re-Proposes To Wife Of 12 Yrs So She Organizes Impromptu Wedding.

Anne Duncan of Scotland was beyond happy when her husband of 12 years proposed to her. Bill has suffered from dementia for nine of the years they’ve been married. Some days he doesn’t even remember Anne’s name, but in spite of his failing memory, their love is as strong as ever. After Bill expressed his unending desire to be with Anne forever, her family and friends leaped into action to create a backyard wedding to commemorate their love. Read more.

We can feel the love! Stories like these remind us more than ever of the powerful force that can unite and soothe our souls: love. We wish all the love in the world for you in the coming year.