Part of a parent’s job is building and encouraging the growth of their children’s self-esteem.

Often times, that means helping their little ones do things they can’t quite accomplish on their own. One man is being called the dad of the year for doing just that for his little girl, who try as she might, hasn’t yet been able to master the art of Hula-Hooping. 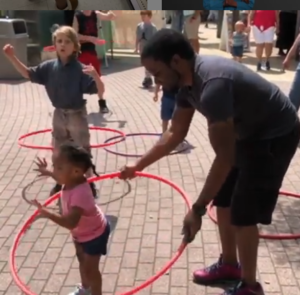 Maurice and Maya Turnipseed from Tampa, Florida, have a very energetic 2-year-old on their hands. Like most toddlers, their daughter, Aubrey, loves listening to music, dancing, and jumping on the couch. She is the youngest of five children and always wants to join in when she sees other people having fun.

On March 24, the family took a trip to a local zoo, where Aubrey noticed other children playing with Hula-Hoops near a DJ booth. Of course, she wanted in.

“I knew she was gonna want to go over there and try it out,” Maurice said. He also knew she’d likely get frustrated at not being able to keep the hoop spinning by herself, so when she picked it up, he spun it around for her. “Then she just started shaking like she was doing it herself,” Maurice added. 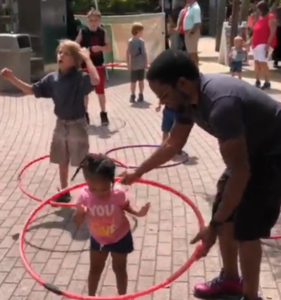 Maya recorded the sweet father-daughter moment to share with other family members, but when she uploaded it to Instagram, she was floored by the overwhelming response. 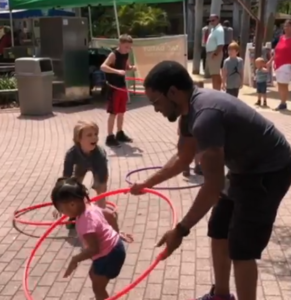 Millions watched the adorable toddler dancing inside the hoop as her dad kept it spinning. Some called the wholesome video “the cutest thing ever” while others praised Maurice for being such a supportive parent. 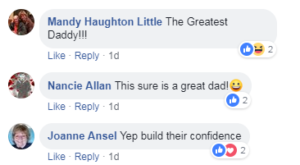 Aubrey may not be ready to do a lot of things until a later age, but thanks to her awesome dad, she’ll always believe in herself. Great job, Maurice, for instilling such a great sense of confidence in your daughter.

Try not to smile as you watch the cute footage below and share with all the parents in your life.