All kids require a certain amount of support from their family to reach their full potential. Whether it’s showing up to cheer for them at sporting events or encouraging them to keep their grades up in school, kids just perform better when they know that Mom and Dad are in their corner.

One pair of parents who truly understand what it means to support their kids have recently gone viral on Twitter, and once you catch a glimpse of the video, you’ll totally understand why. 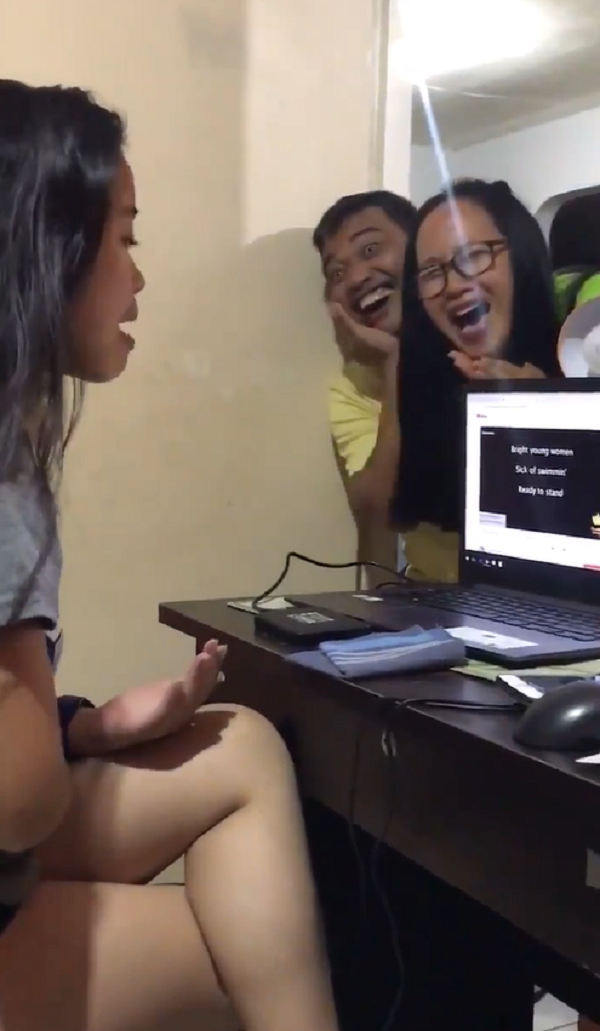 Brianna Rubia shared a video of her parents “fanning out” as they listen to her sister singing. Her sister Sam is sitting in the family’s living room singing “Part Of Your World” from “The Little Mermaid,” and the entire time her parents are absolutely swooning over their daughter’s talent.

“When I said my parents were supportive, I wasn’t kidding,” Brianna wrote on the now-viral Twitter post. 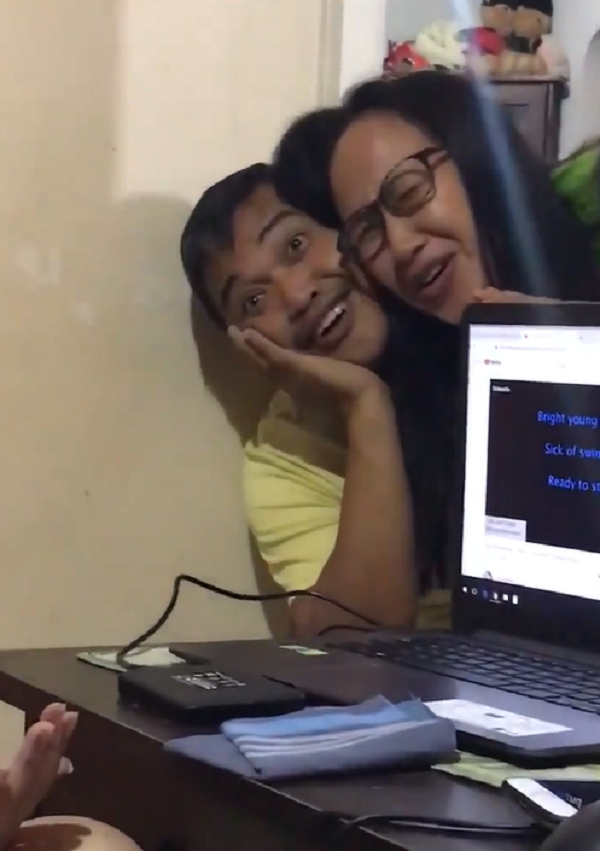 As Brianna’s camera rolls, her dad’s eyes widen and then squeeze shut periodically as if he can’t believe his ears. Meanwhile, his wife is right there next to him, smiling widely and making little finger wags because she can’t seem to express how delighted she is by Sam’s singing.

Sam does have a lovely voice, but these facial expressions are hilariously over-the-top! People who saw the video all agreed that it’s terribly sweet to see parents who are their kids’ biggest fans. Even “Hamilton” and “Moana” superstar Lin-Manuel Miranda saw the video and couldn’t get over how cute it was!

Lin-Manuel spoke to the Filipino family using Tagalog expressions, an informal language spoken in the Philippines. Brianna was so thrilled that he noticed her tweets that she shared his comment with the caption, “And that’s how I died.”

Many of the commenters agreed that kids do best when they’ve got support for their passions at home. Brianna agreed, tweeting, “People really bloom differently when they get love and support from parents. They can ge[t] it from friends, but it’s so different when it comes from the parents. KIDS NEED SUPPORT FROM THEIR PARENTS THAT’S IT.”

When asked if her parents were just putting on a show for the camera, Brianna claimed that nope; this is all par for the course in their household. “They’re always like that,” she tweeted. “That’s why my sister sang without laughing. We’re used to them acting like that…I just decided to record it this time.” 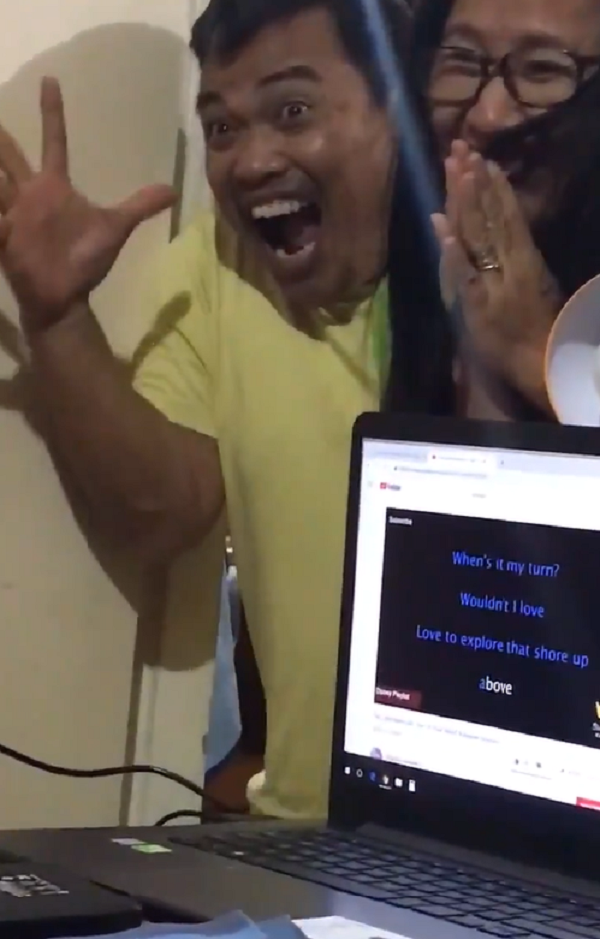 We are so glad she did! Not only are Brianna and Sam’s parents cracking us up with those facial expressions, but they’re also giving all of us total parent goals. Let’s all try to be as supportive as these loving parents!

Watch the funny video below, and don’t forget to share the laughs with others.

When I said my parents were supportive, I wasn’t kidding 😂😂 pic.twitter.com/TZ0krYWTTG