When you see a homeless person on the street, what do you think? Are you afraid? Are you anxious? Do you want to help, but don’t have the time? Have you become so hardened by life that you don’t even notice the person in the first place? It’s so easy to respond with any of these reactions. Homelessness can seem like such a far-reaching problem, it’s easy to say “What good can I possibly do?” And while it’s true, you can’t end homelessness yourself, a little compassion can go a long way.

We’ve recently shared some stories of compassion with you. Remember the young couple who brought a man off the streets into their home? They ended up forming a life-changing friendship. How about the young men who spotted a homeless man at Chick-Fil-A and bought him a meal, clothes, and more? The man’s reaction touched thousands of hearts.

Below is a first-hand account of another example of life-changing compassion! A young man named Adam August recently shared the story of his unexpected friendship with a man named Tarec Atkinson. Like many of us, Adam would regularly see Tarec on the street, but he never had time to do anything. Until one day when everything changed.

Check out his story below:

I’ve seen this guy at Starbucks in Marin City several times. Every time I’d see him I’d tell myself that I would take him to lunch but always found an excuse not to. Today was different. It might have been selfish but I was lonely. I didn’t want to spend the whole day alone. I walked up to him, put my hand on his shoulder and said, ‘Do you want to have lunch with me?‘

Tarec Atkinson was born and raised in Jamaica. When he was a kid, he dreamt of being a famous football (soccer) player. He was recruited to play in school but never got the opportunity because of some trouble he got in as a teenager.

He moved to the states 8 years ago and has spent the last 12 months living in a tent by the side of the freeway. Tarec goes days without eating, sometimes living off of the berries he picks, he spends 90% of his time alone and has no friends and no family in the states.

After hearing it had been a month since he bathed, I brought him back to my apartment so he could enjoy a hot shower. Because of all these hardships, trying to get a job is impossible. How can you fill out an application when you haven’t eaten in days? I told Tarec that I would drive around with him next week and help him fill out applications and even speak on his behalf to help him land a job so he can get back on his feet. We agreed to meet that Friday at 9:30 AM at Starbucks. 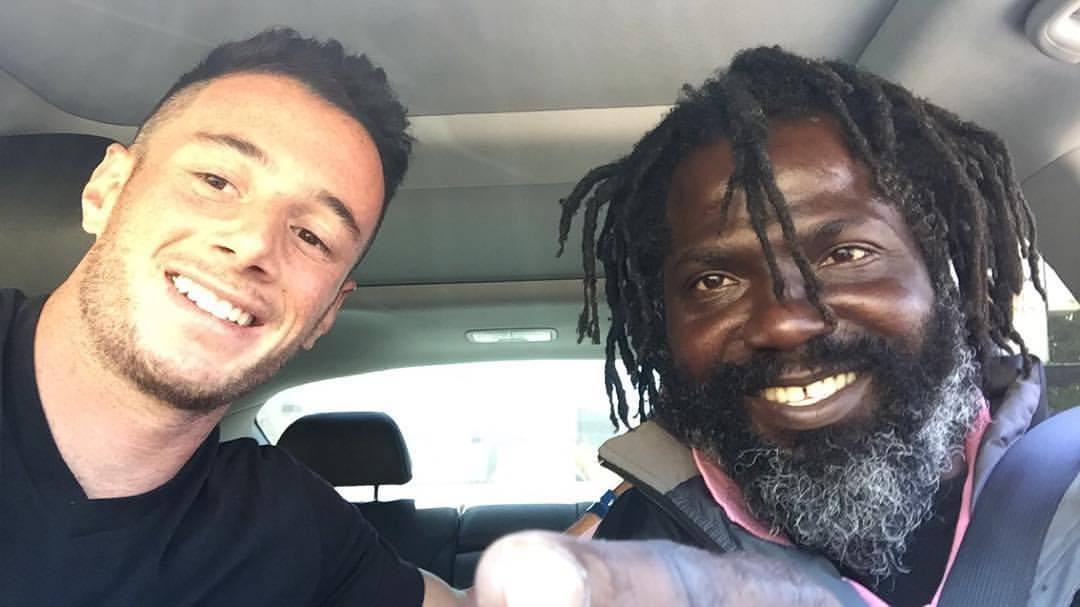 If we were going to make this happen, I knew we had to get Tarec some new clothes. We stopped at Ross so he could pick out a shirt and some slacks. I was blown away at the immediate change in his demeanor. His smile was radiant, he stood up straighter, and even walked with a swagger. I couldn’t convince him to tuck in his shirt. I guess you win some and you lose some haha. 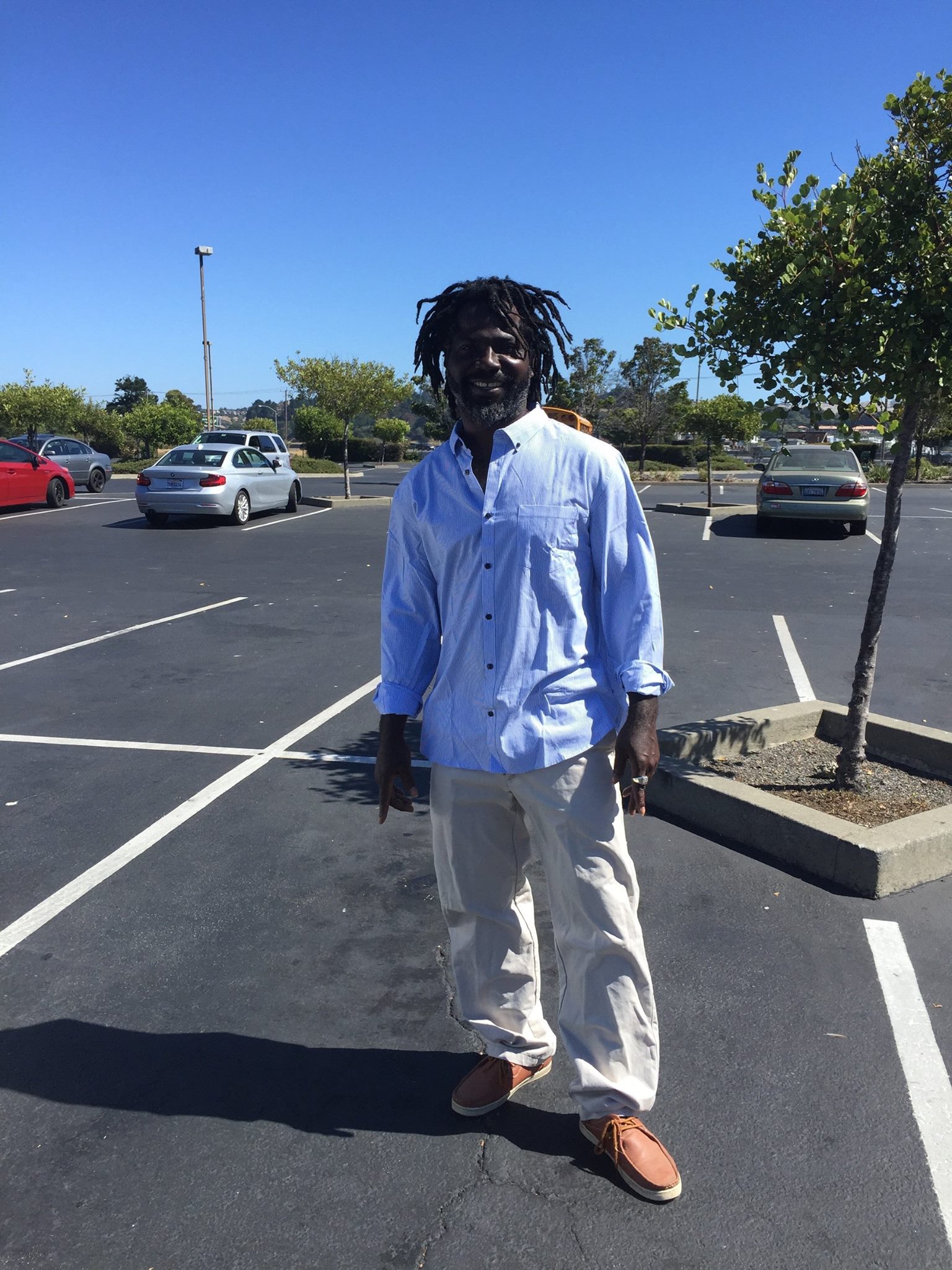 Next step was to hit the streets. We spent the next two days going door to door to see who was hiring. We went to Walgreens, CVS, Safeway, Home Depot, Molly Stones, and Starbucks just to name a few. I would walk in with him so he knew he wasn’t alone.

It can be overwhelming to walk into a business and ask for a job. I was very proud of him. We had a few positive responses but the majority of business’s told us that applications were submitted online. Easy enough right? Wrong.

Tarec doesn’t have a computer. So we went to the local library and began filling out applications. And let me tell you something. We take our computer literacy for granted. Watching him struggle to fill out an application put so much into perspective for me.

Some people judge our homeless. We’ve all heard someone say ‘why don’t they just get a job?’ or ‘they’re lazy’ I saw firsthand how the “system” is setup to fail people like Tarec. There is no way he would have been able to do any of this without my help. Just like there are many things in my life I have needed someone to help me overcome an obstacle.

We all need a little help. 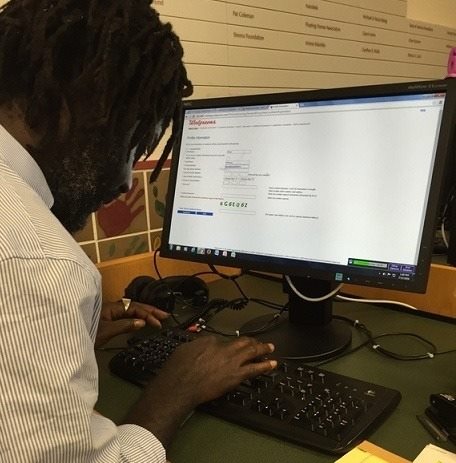 After week of phone interviews Tarec landed an in person interview at Safeway. I remember driving to Safeway being nervous. I looked over to him and asked how he was feeling. He looked back at me and said “I got this”. I believed him. I dropped him off, wished him luck and waited.

20 minutes later, I see him walk out of Safeway with a big smile and a thumbs up. I let out a Rick Flair sounding “WOO!”. We had accomplished a lot together in two weeks. It was an incredible moment. 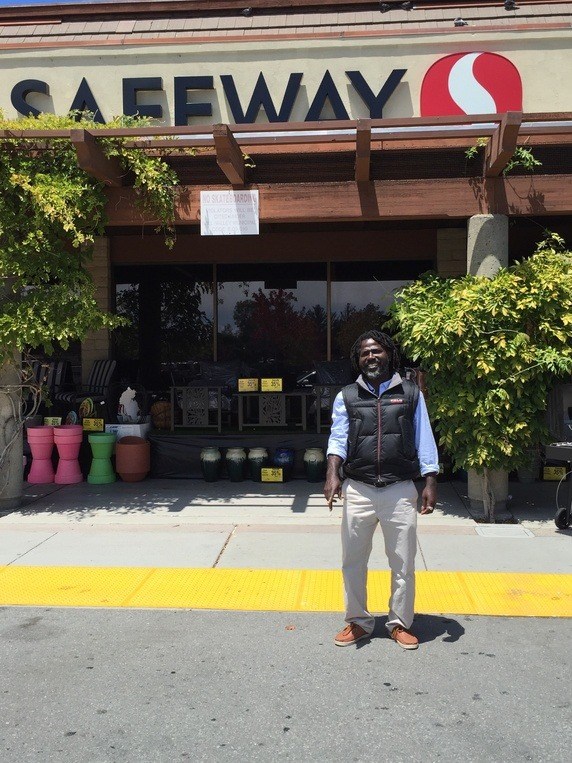 Obviously we had to celebrate with a little ice cream! 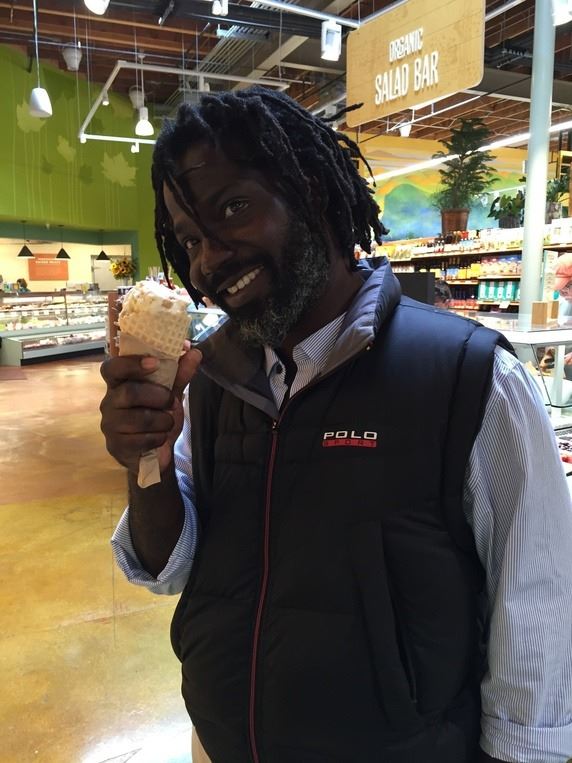 Like we all are, Tarec is searching for a purpose in life. He yearns for happiness. He craves for a woman to love and to feel the love from a woman. He wants to create a better life for himself so he could one day have a family and stability. He is just like you and me.

My hope in sharing this story is that it will inspire others to spread LOVE. We all need help in one way or another. Sometimes all someone needs is a friend. Thank you for taking the time to read my story.