This time around, the scene opens with the great James Corden sitting alone in his car with Ed Sheeran’s guitar riding shotgun. Apparently the songwriter left his guitar at Corden’s house, so Corden grudgingly picked Sheeran up, even though it would make him late for work. And it’s a good thing he did. 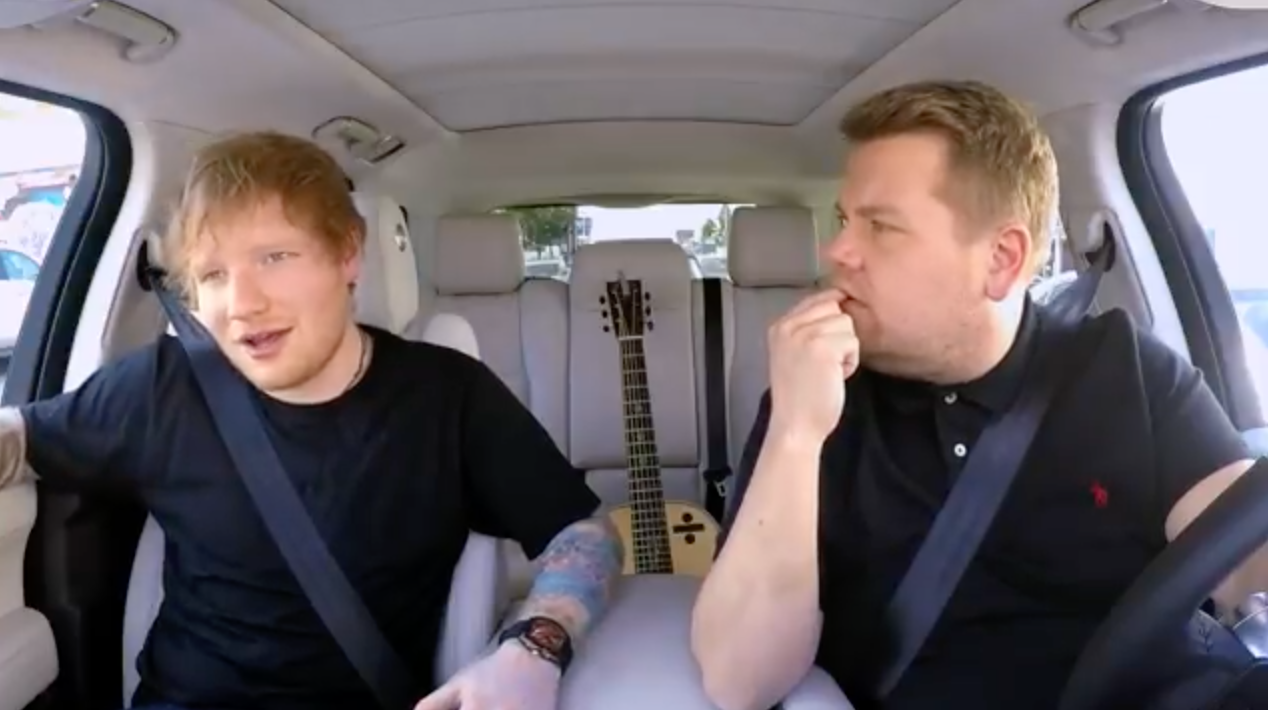 Not only did Sheeran sing along with the talkshow host in hilarious fashion, but managed to cram an astounding 55 malted milk balls in his mouth at one time. Now that is impressive!

Don’t believe us? Check out the endearing video of these two in action below.