Ever considered breaking out into song in the middle of the street, similar to your favorite musical? Dotan Negrin, a YouTube channel host and entrepreneur with a passion for music, lives this dream nearly every day, as he travels the world sharing his love of piano and performance with others.

According to its YouTube details and blog, Negrin’s group, Piano Around The World, is a place where musicians come together to talk about music-making from around the world. He learns about the cultures he visits and the ways they use and are affected by music. 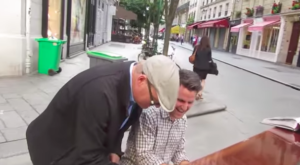 An article on the Matador Network boasts Negrin has performed in 53 cities across North America and eight national parks. His next goal is to saturate South America with the world of piano music.

One of the ways Negrin engages people in the communities he visits is by taking a piano and setting it up in the middle of a highly populated foot traffic area. He explains on his blog that the universal nature of music allows him to communicate with countless people he likely would never have encountered otherwise. 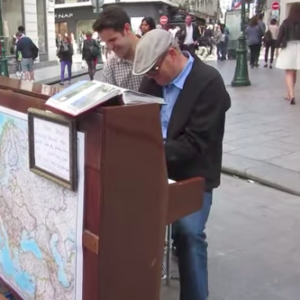 “When you learn the language of music, you can speak it freely with others,” he explains. “Music has helped me connect with thousands of people around the world, even if they don’t speak your native tongue.”

Its this tactic that’s led him to encounters with other talented in individuals, such as his spontaneous duo partner and film composer friend from Denmark, Frans Bak. 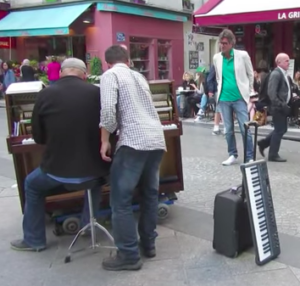 In the video below, Bak casually approaches Negrin at the piano where he’s playing on a Paris street. He immediately joins in on the piece, and the two hit it off and move naturally, like long lost friends, bonded by the music.

An audience forms, and spectators enjoy talent that– in a more traditional setting– might cost a small fortune. Check it out below!

Share to celebrate the power of music to bring people together!