It’s no secret that James Corden’s Carpool Karaoke is one of the funniest things to hit late-night TV. Featuring everything from musicians, to political figures, to the stars of Broadway, the recurring sketch always makes us laugh!

Last night, James Corden did it once again with none other than One Direction’s leading man, Harry Styles. 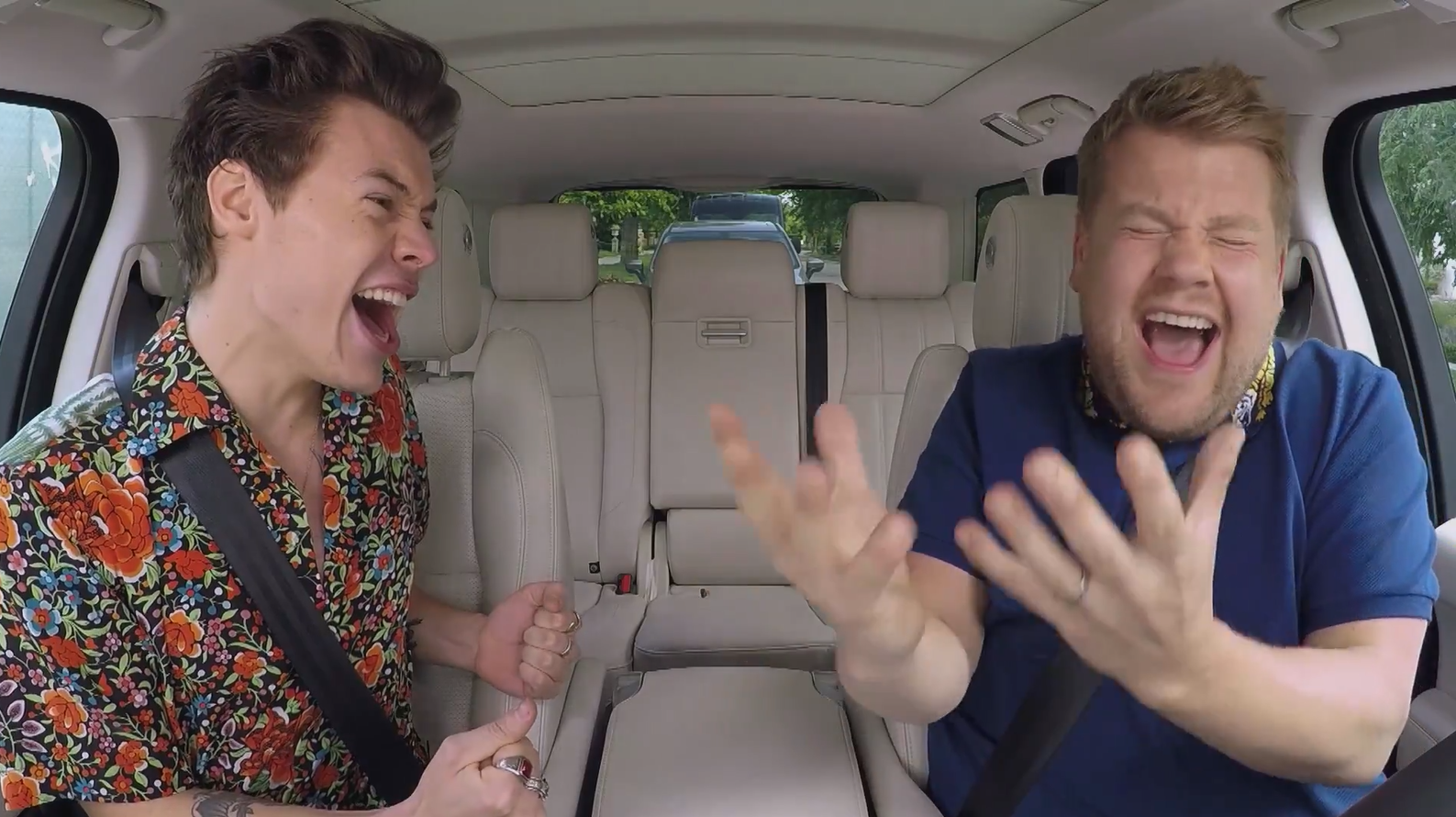 The video starts out with Harry and James belting out some of the songs from Harry’s new solo album… and they absolutely kill it.

But– impressive though their vocals may be– the best part about the video is, without doubt, the hysterical banter between the two of them. They have brilliant comedic chemistry!

Whether they’re serenading one another with classic love songs (which brings a tear to Harry’s eye. But “in a cool way”)… 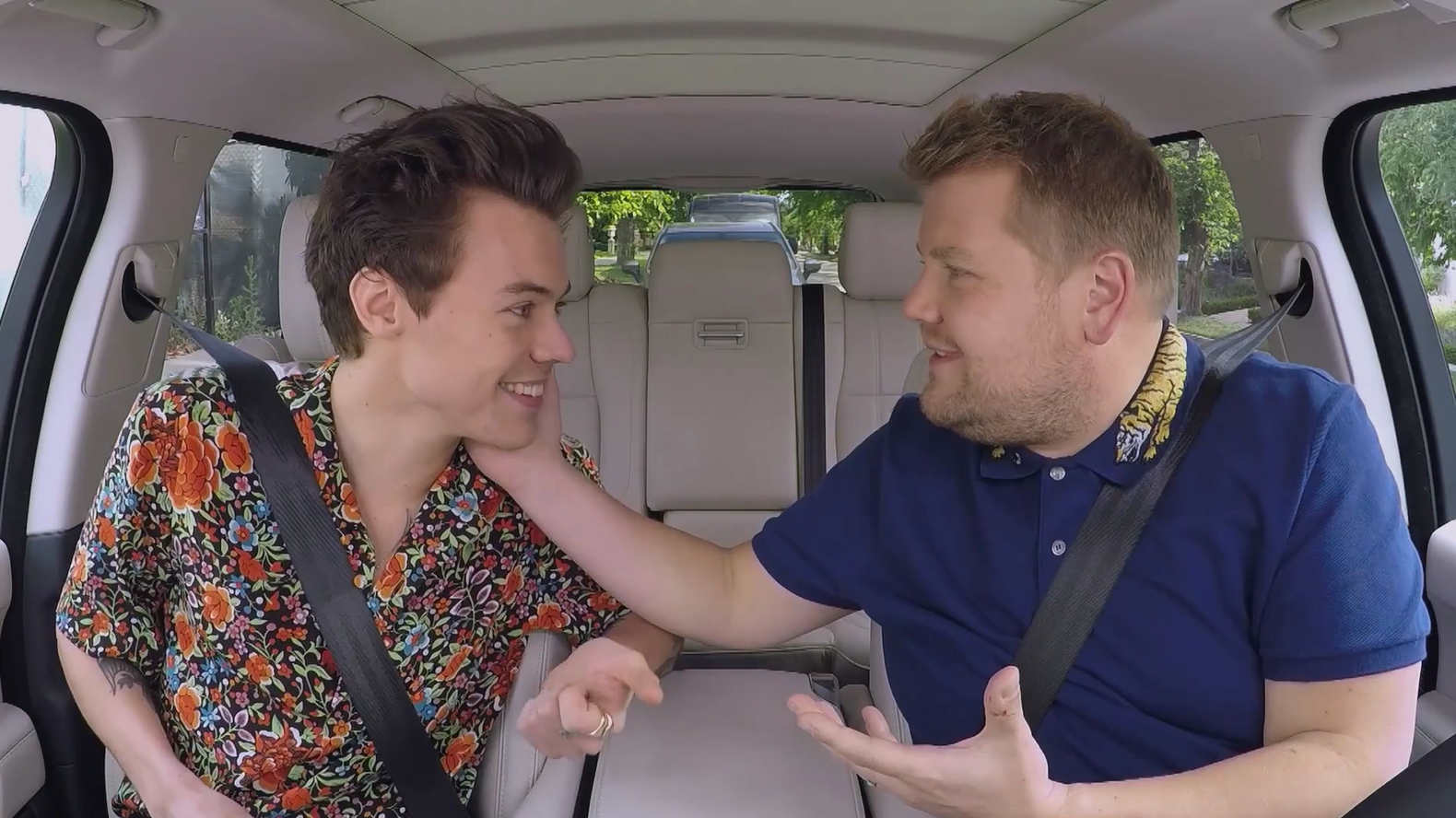 …or jamming to Outkast’s classic “Hey Ya,” the two are having an absolute blast!

Harry (a pop star) even gave James (a seasoned stage and film actor) some tips on fake crying. 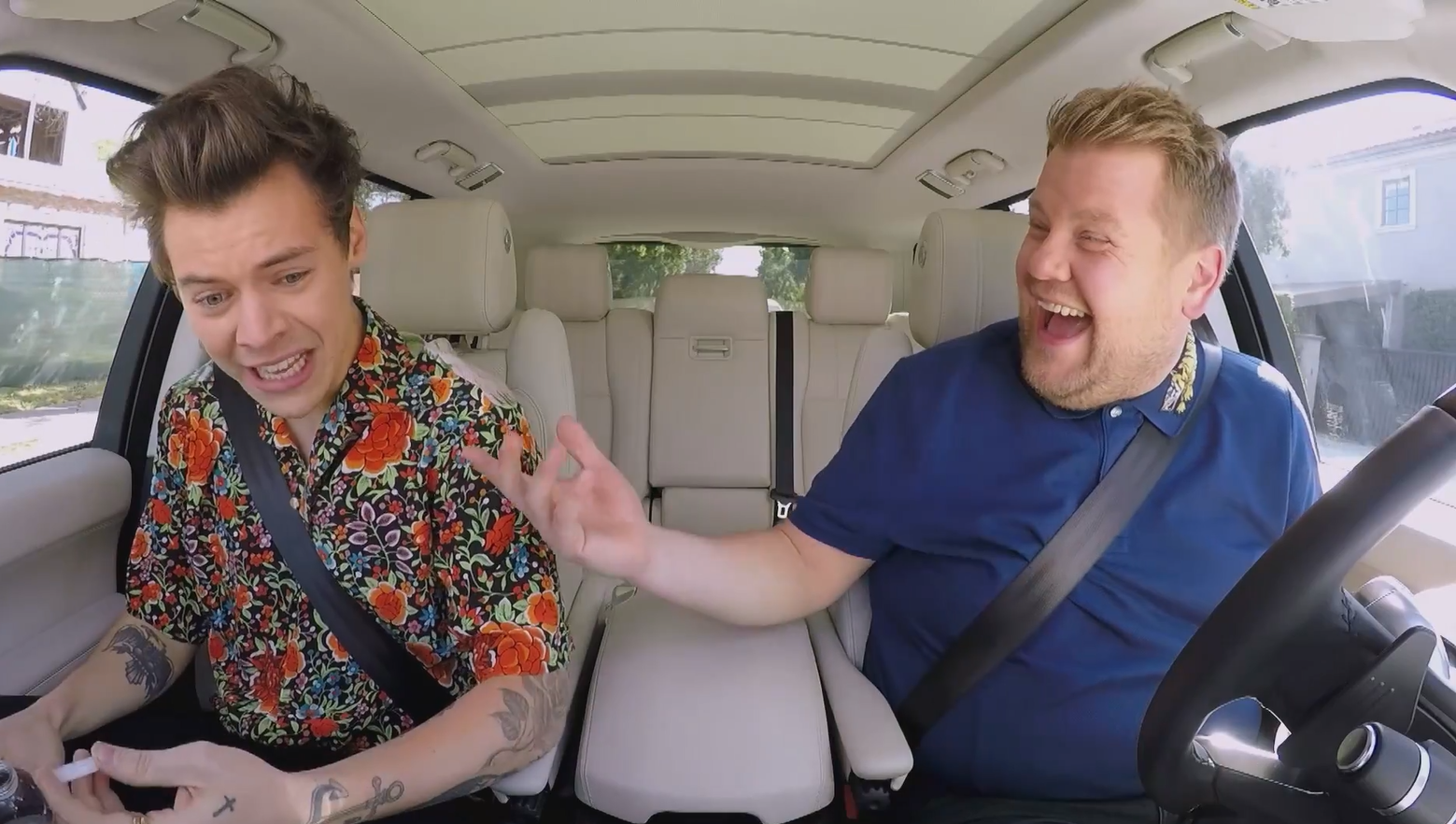 All in all, it’s got to be one of the best Carpool Karaoke videos yet!