Eric Clapton is one of the most influential musicians in the last century. The three time Rock-N-Roll hall of fame inductee is still selling out stadiums till this day, but on his last tour Clapton decided to bring a special guest with him on stage.

You may be asking yourself, what artist could share the stage with Eric Clapton and not take away from his performance? Well, we’d like to introduce you to none other than Ed Sheeran. 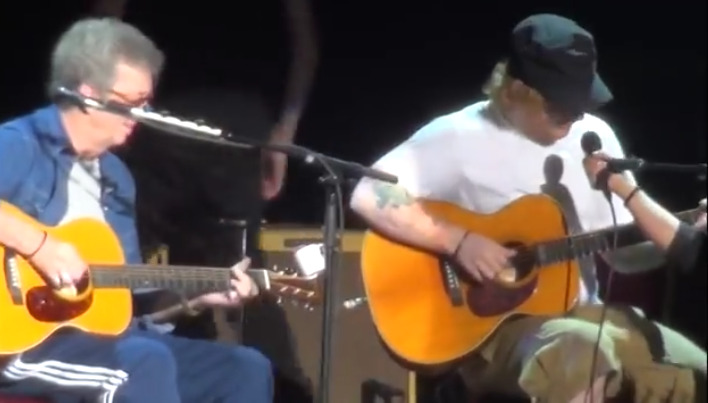 While playing at Budokan Hall in Tokyo, Japan, Clapton started playing his hit song ‘I Will Be There’ solo. Moments later, Clapton turned to stage right as the ever recognizable Sheeran made his way on stage to join him, surprising fans in the crowd with an incredible duet. 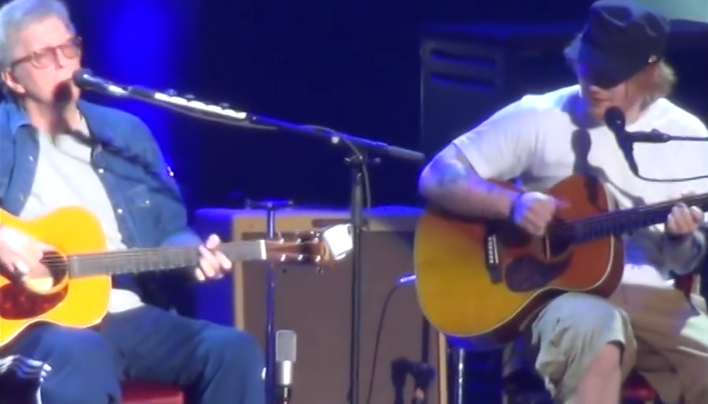 What happened next was pure magic.

The duo played the iconic song just a little differently than you may remember, but the performance will go down in history as one of the best duets we’ve seen.

Check it out in the video below!