Have you ever met a pampered pup that has a better wardrobe than you?

To be fair, the purpose of a dog’s cute clothing isn’t always as simple as good looks. Some of them literally don’t have enough body fat to stay warm. We’ve all seen those constantly-shivering Chihuahuas and chilly dachshunds, so it makes sense that some pets need extra help. 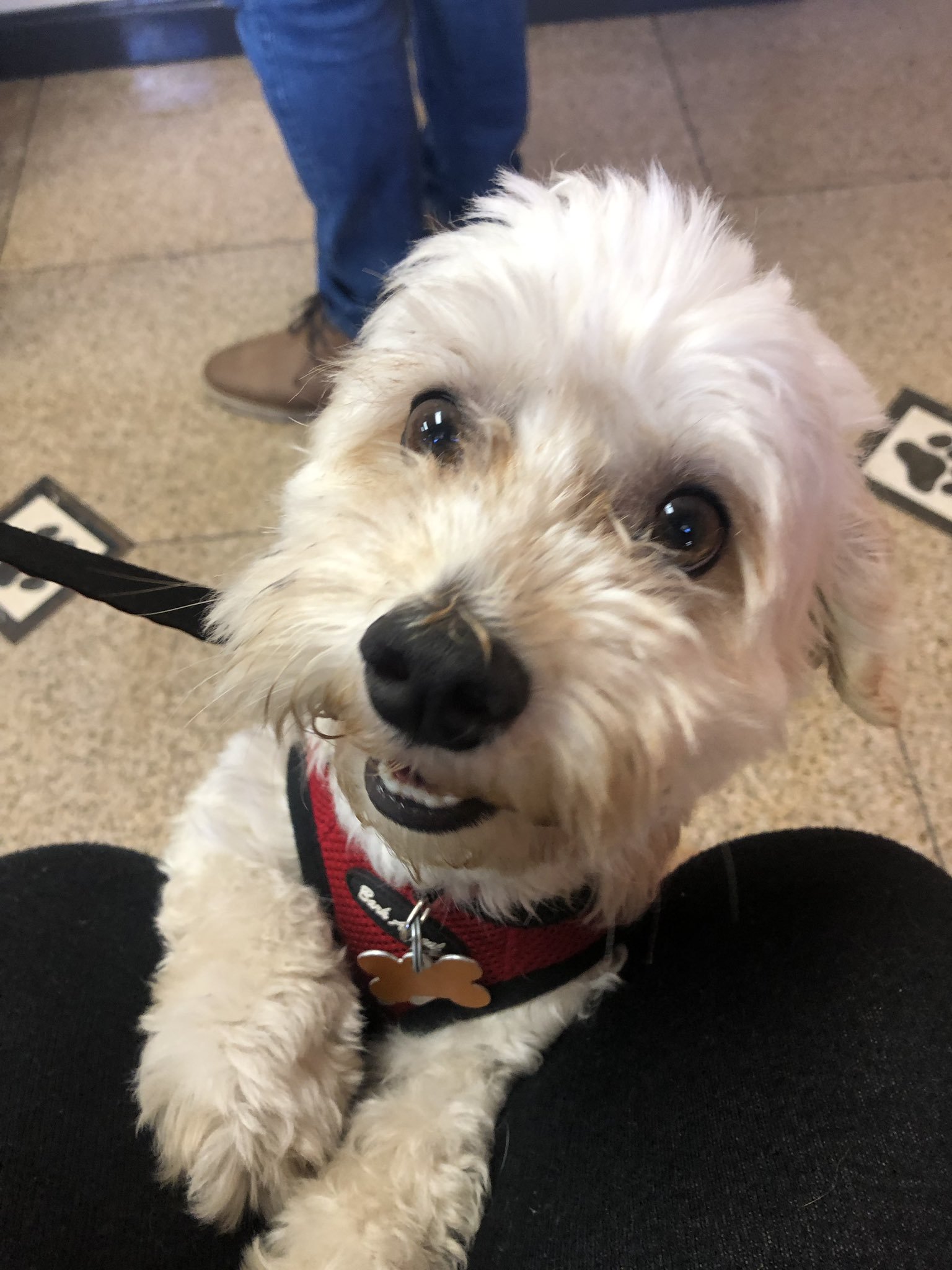 But what about little dogs that have plenty of fur but still seem to be cold all the time? That’s what happened with Twitter user @heyitslilyyy’s adopted pal Pluto. The little white mix spent so much time quivering that Lily took him to the vet to make sure nothing was wrong.

“The doctor said it was just anxiety,” Lily explained in an interview. “I realized that since he’s so tiny, he’s probably really cold.” 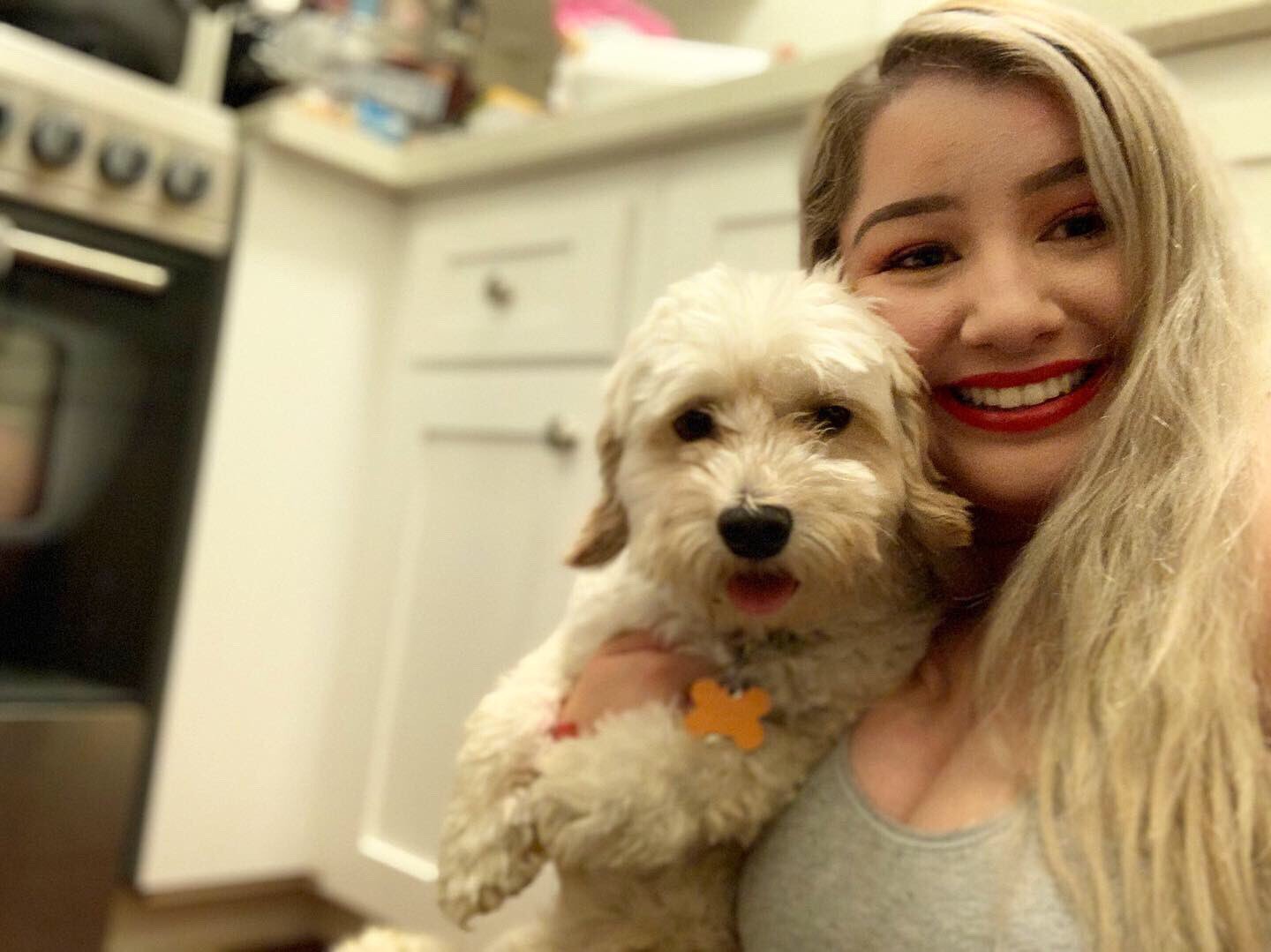 Pluto now has more than a dozen jackets and shirts, and Lily realized she had another problem. She was running out of space to store everything! Thankfully, her dad, who just so happens to know his way around a table saw, had the perfect solution.

“He built my dog a whole closet in under two days!” Lily said. “That was amazing to me.” 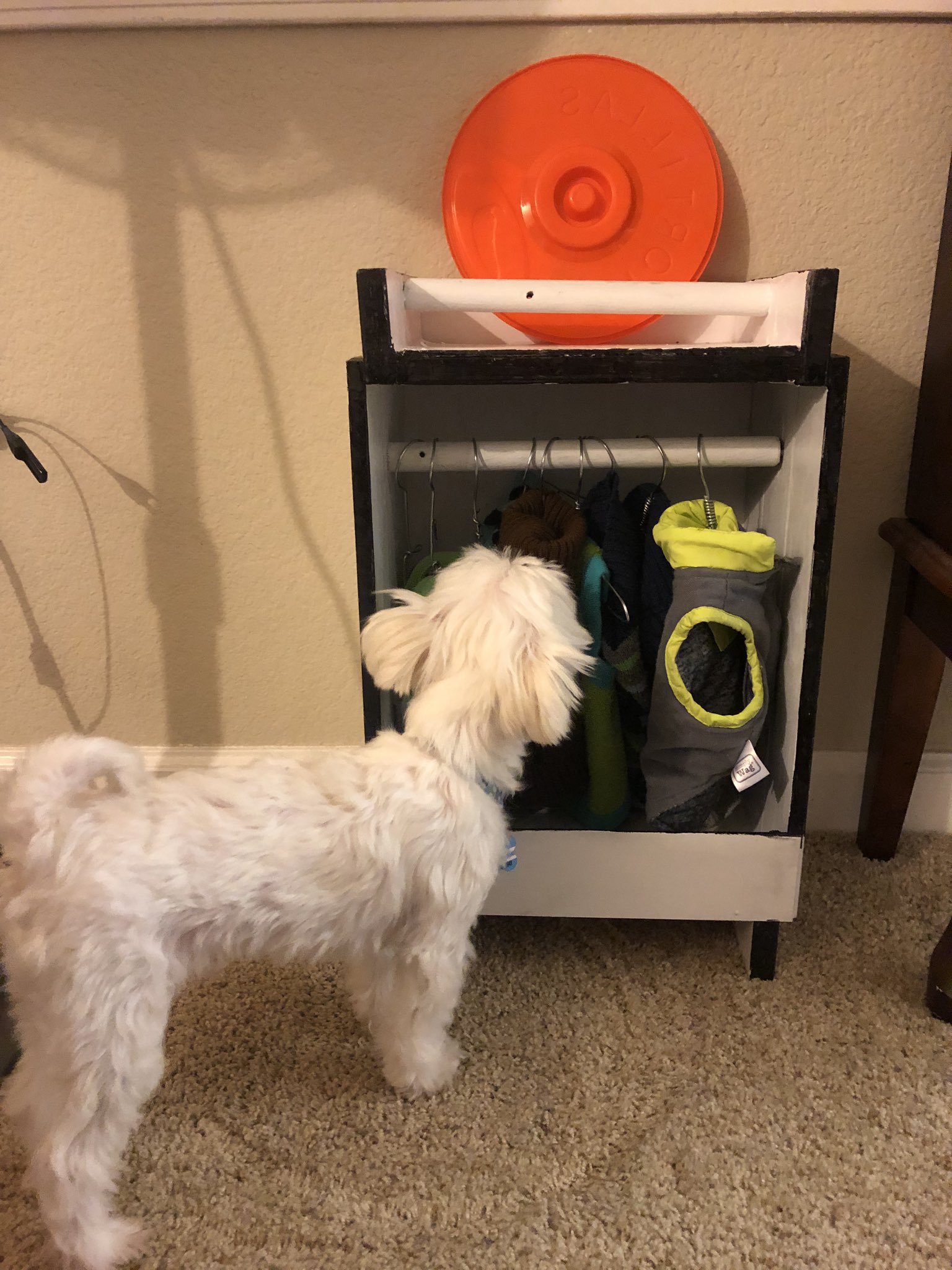 The kind gesture may have come as a surprise to Lily, but in hindsight, perhaps it shouldn’t have. Her dad is a big animal lover with a soft spot for Pluto. “He calls Pluto his grandson,” Lily added.

When Pluto saw his new closet, he seemed to understand the gift was for him. “He was excited,” Lily said. One look at this little guy’s happy face, and you can see how true that is. Just look at that smile! 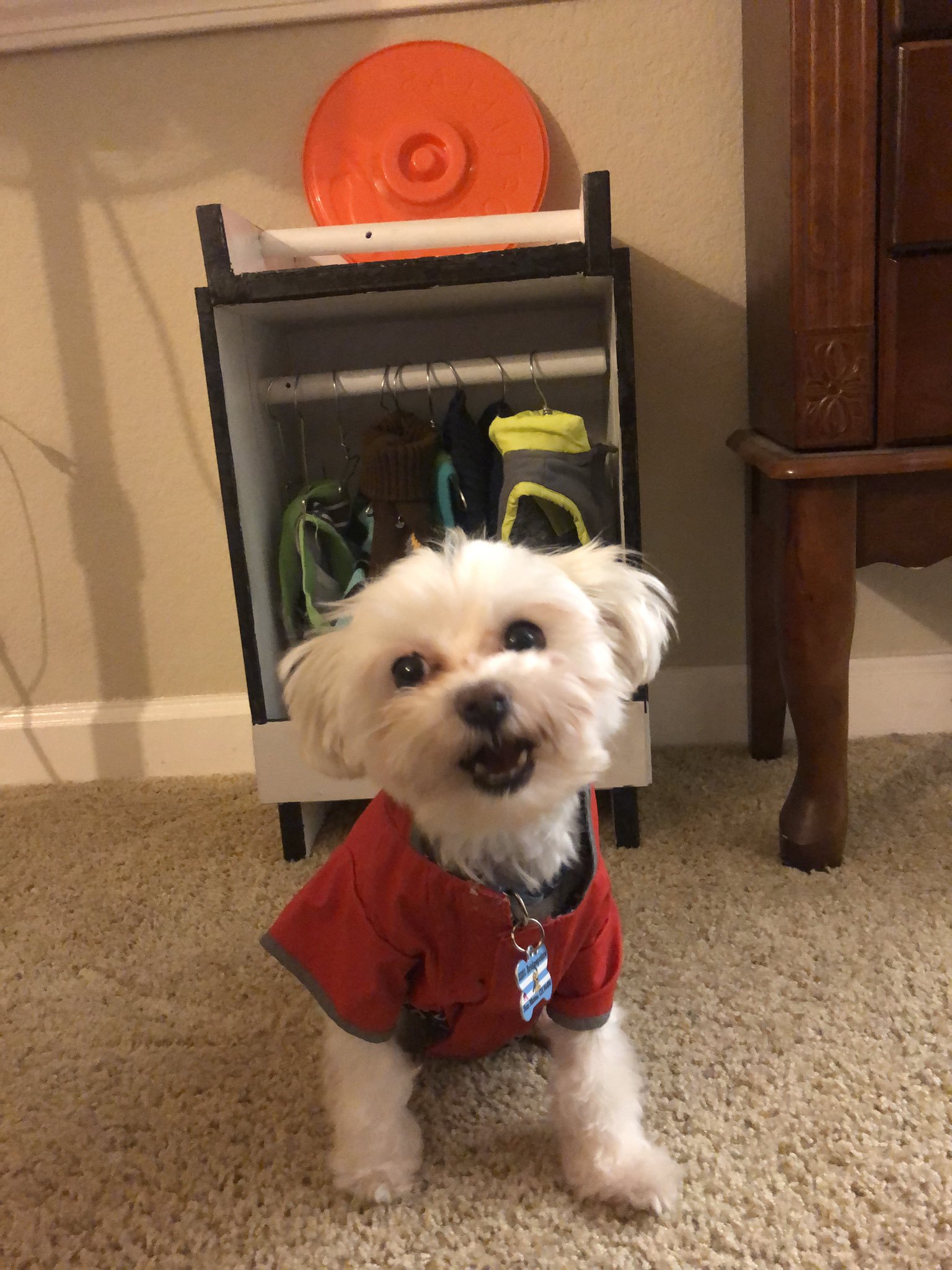 Just when we thought this dog couldn’t get any cuter, he puts on one of his little sweaters and makes us swoon! This is such a cute and creative gift for a dog lover like Lily. Great job, Dad! The only thing left is to figure out if he takes custom orders. Asking for a furry friend!