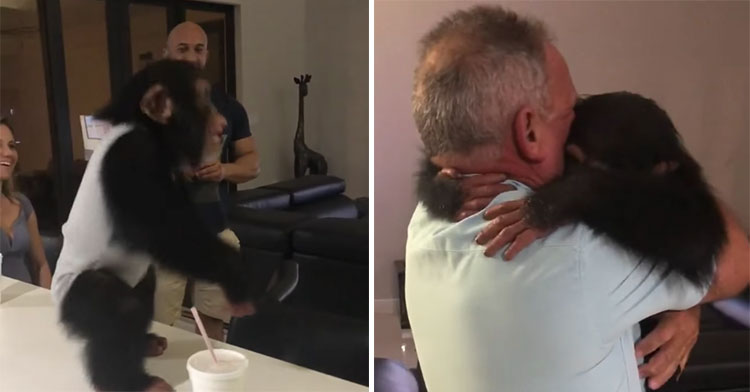 Rewarding as it is, being a foster parent is hard, especially when you’ve formed a unique bond with a baby who goes on to be adopted by another family.

You do everything possible to make sure he or she gets off to the best start, but often, you have no way of following up to see how they turned out. One particular foster family in Miami can rest assured the baby they raised from infancy is thriving in his new environment — and they can check on him whenever they’re near Miami’s Zoological Wildlife Foundation. 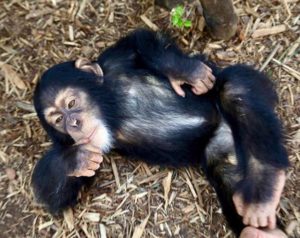 Limbani was born in a private facility in northern Florida in August 2016, but he was rejected by his mother because of a severe case of pneumonia, according to the foundation. But a pediatrician and veterinary specialist jumped to the rescue, and after receiving medical attention, he was sent to live with Tania and Jorge who cared for him 24/7 for the first four months of his life.

From there, he went off to his new home at the Zoological Wildlife Foundation, where he made fast friends with all sorts of critters. Among them is a young mastiff named Bruno, whose adorable friendship was documented in this short clip that, of course, went viral:

I mean, seriously, it doesn’t get any cuter than this! 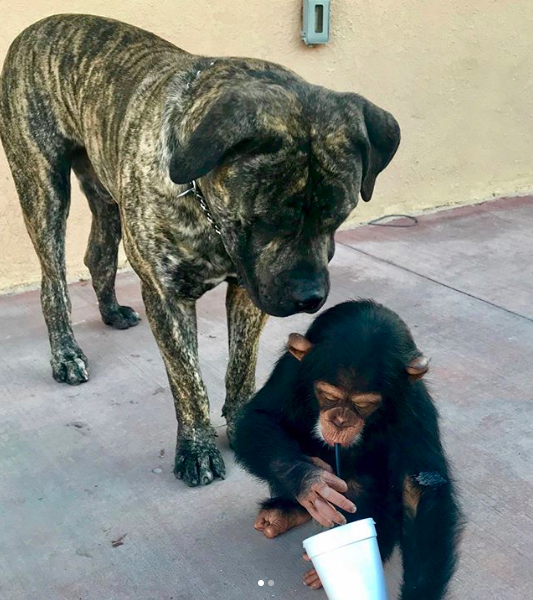 Chimps are known to have an amazing short-term memory, even better than humans, and their long-term memory isn’t too shabby, either, so Limbani’s foster parents know that whenever they visit, they’re in for a hero’s welcome!

He’s almost two years old now, but those years haven’t dulled his fondness for the couple that showed him all the love and compassion a little chimp needs at the most critical point in his life. 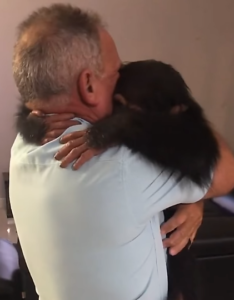 This was especially clear when Jorge came to visit Limbani recently. The little chimp is cruising around on a countertop, lazily sipping from a straw… but the moment he hears Jorge’s voice, his entire demeanor changes and he lets loose excited whoops and screeches of joy!

He pulls Jorge into an embrace and clings to him as if he’ll never let go, even planting a little kiss on his cheek. Could life possibly get any better? 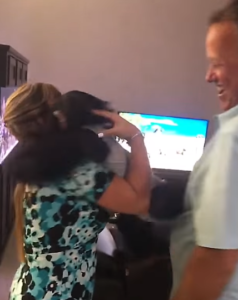 Yes! Moments later, Tania enters the room, and Limbani swings into her arms for another warm embrace.

Check out this adorable reunion in the clip below, and share to spread the love! You can also follow along with this sweet baby’s progress by checking out his Instagram.

The pure excitement and joy when Limbani sees our close friends can only be appreciated if watched and heard. @misstyflower and her husband,Jorge, who helped us raise and take on full around the clock care for the first few months of his life. Limbani, who was born with pneumonia was rejected by the mother. Without human intervention and modern medicine he wouldn’t been here today. Tania and Jorge can go without seeing him for a couple months and his reaction is always the same. Limbani by far is the most loved of the entire ZWF family🖤#humanlike #almosthuman #limbani #criticallyendangered #ape #intelligence #enrichment #nature_perfection #notpets #zwfmiami #zwf @limbanizwf