When 31-year-old Matt Taghioff of South East London ventured into an animal shelter back in 2014, he had no idea that the cat he was about to meet would eventually change his life. Matt was looking to adopt a black cat, and as the shelter workers brought her out they warned him not to be put off by her “permanently-spooked expression.” 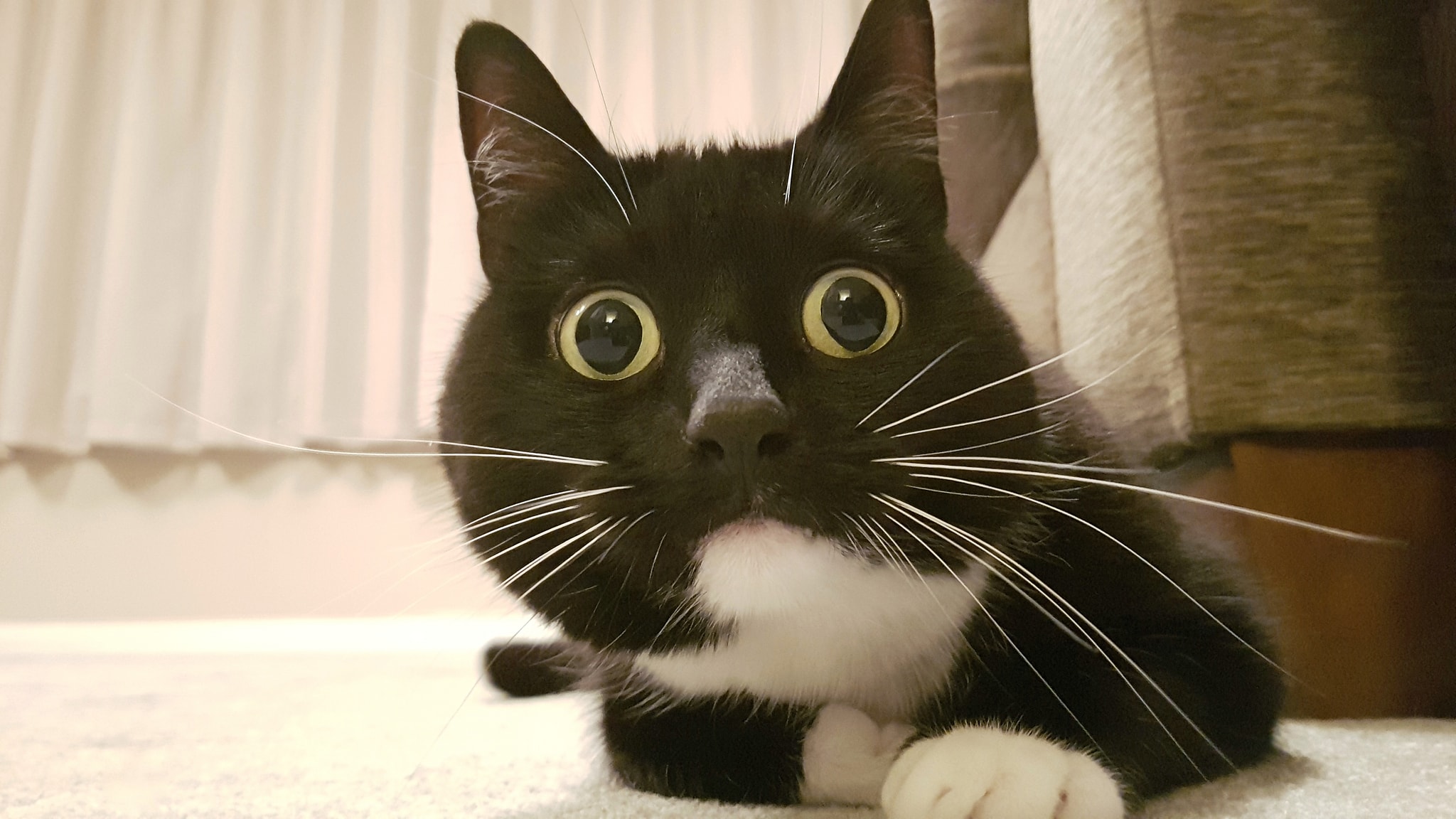 They weren’t kidding! Matt was far from put off, however. He thought Zelda’s wide-eyed face was hilarious, and once she was back home with him he couldn’t resist filling his camera roll with pictures of her perennially startled face. Two years later, Zelda had become famous among Matt’s friend circle, and one day as he realized he had hundreds of pictures of her he decided to share the hilarity with the world. 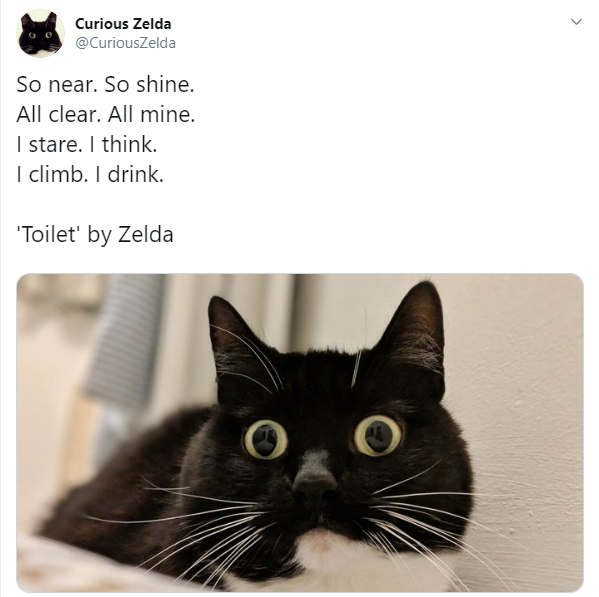 Matt, who has about 12 followers on Twitter himself, started a fresh Twitter page for his cat called “Curious Zelda.” He began sharing images of Zelda’s startled face along with “her” pithy observations about the world around her. Zelda often “speaks” in rhymes, poetry, and haikus, and the resulting tweets are just plain funny! 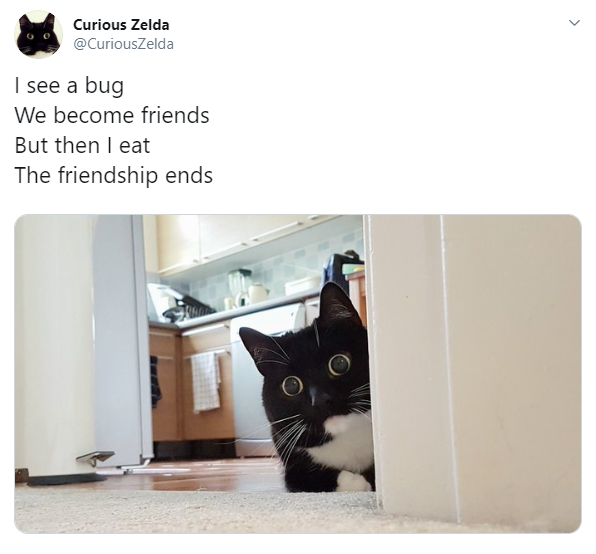 Like Matt, people were instantly smitten with Zelda’s big, round eyes and quirky take on the world. Her online following began to grow slowly, and currently, she has hundreds of thousands of followers across the major social platforms. Thanks to her popular Twitter feed, book publishers soon came knocking, resulting in a book deal for Matt and his feline alter ego. 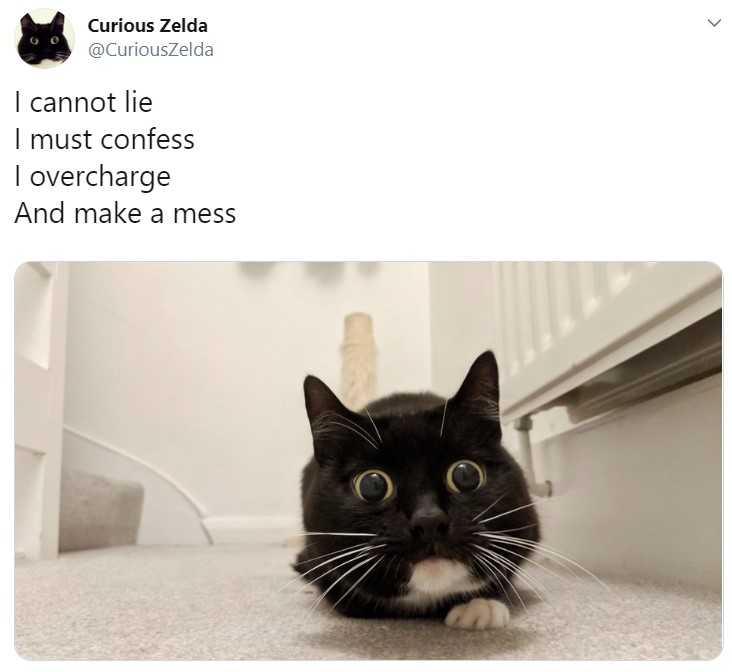 “The Adventures of a Curious Cat” hit stores in 2019 and reached the bestseller list right away. Matt says the book offers a glimpse into Zelda’s daily life, love life, and she even dips a paw into politics. Mainly, it’s about “living your best, startled life.” 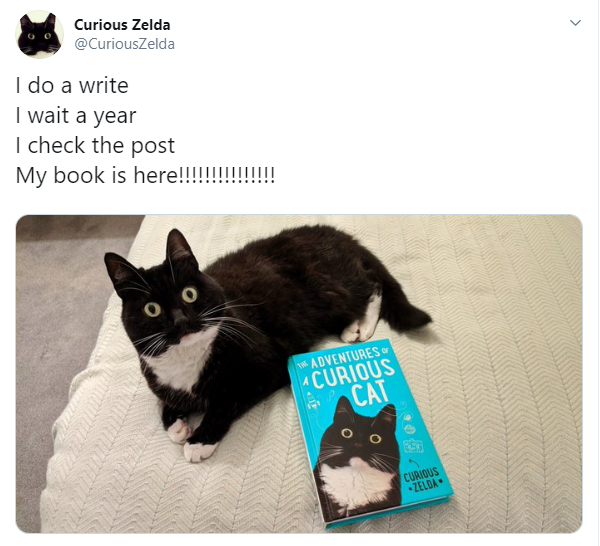 Now that Zelda is famous Matt wants to remind her fans how important it is to adopt, not shop. He says meeting Zelda and starting her hugely popular Twitter page was an unexpected but welcome turning point in his world. 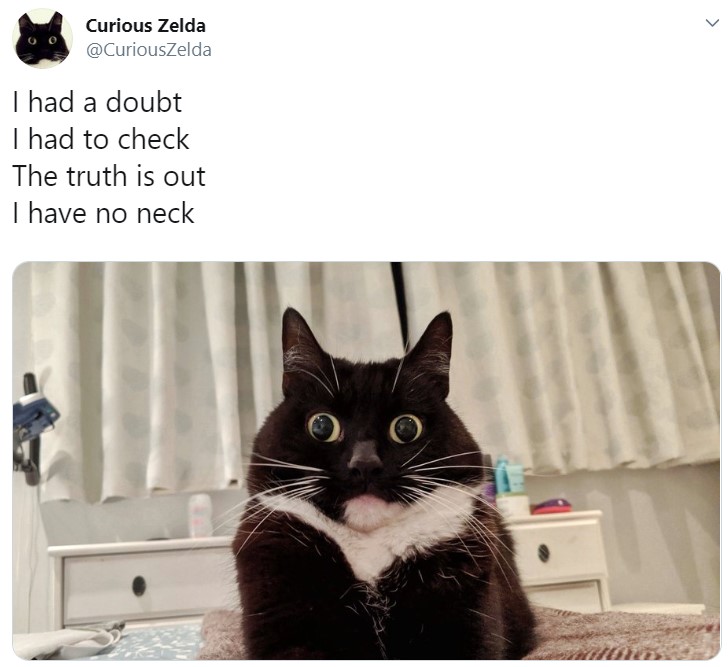 “My life changed for the better, and I like to think so did Zelda’s, because one day I decided it’s a good idea to rescue this cat,” he said during an interview. “Otherwise she’d be in a shelter, she wouldn’t be racing around destroying my furniture. I think it’s good to remind people that adopting cats is not only a really good cause but it can make you and a lot of people really happy.” 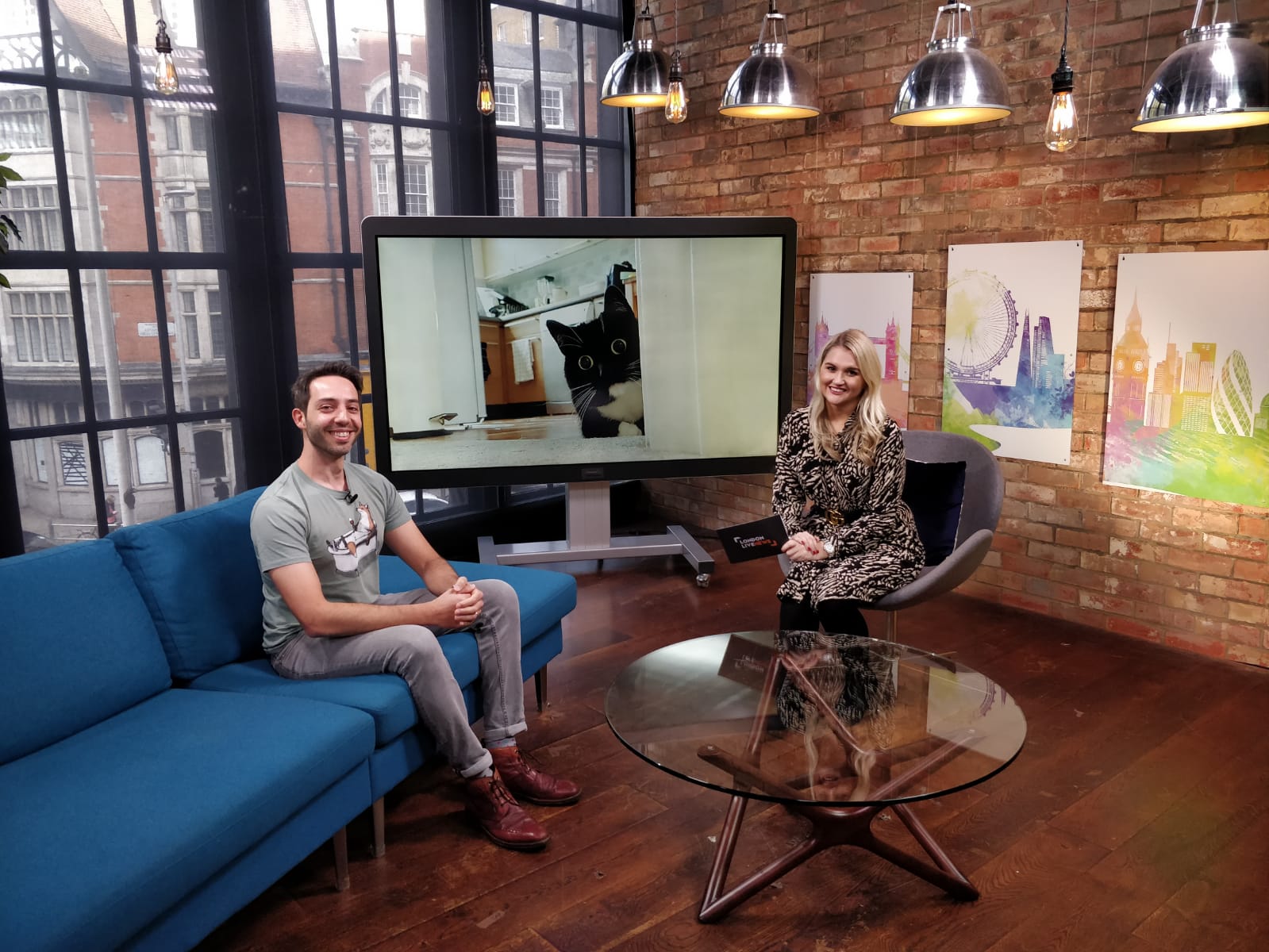 You just never know who you’ll meet when you step into an animal shelter. Perhaps your very own animal internet celebrity is waiting for you to take them home and give them a voice! In the meantime, you can get your cute, curious cat fix any day by following Zelda, the extremely curious and clever cat.

Share this story to let your friends know about Curious Zelda.