There are a few sounds that can break a heart in two – but the worst is the sound of crying out of pain, despair, fear, and surrender.

That is the sound that animal rescuers in St. Louis heard when they found Weezer, a seven-month-old puppy. The only good thing about the devastating cry they heard was knowing that they could help the pup so he’d never have to feel that way again. 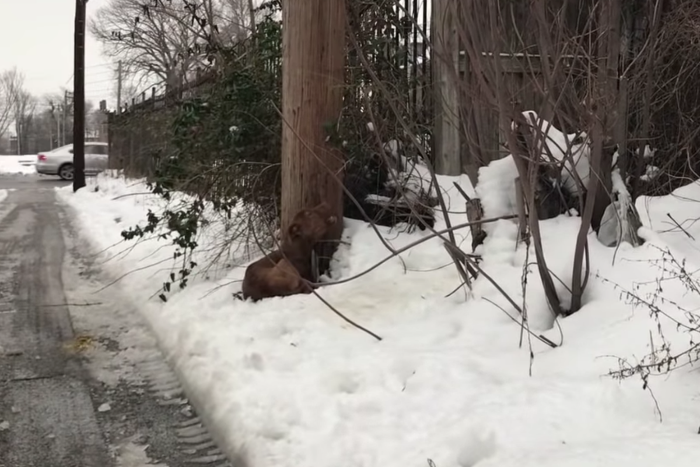 When the employees at the Stray Rescue of St. Louis received a call about a dog in distress in the area, they jumped into action because the temperatures were frigid and there was snow on the ground. They went out and scoured the area trying to find the pup, and were quickly led to him when they heard his cries.

In a video shared by the Stray Rescue of St. Louis, the pup is seen laying in the snow up against a telephone pole (which also camouflaged him). The sounds coming from him were not typical dog whimpers or barking – they are true screams of pain and fear, like he’s begging anyone to help him. 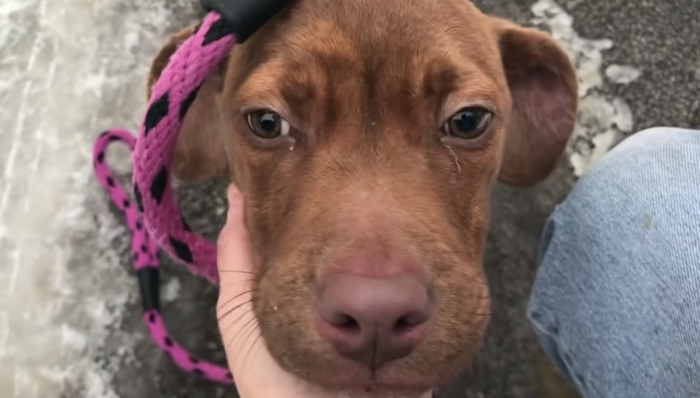 He was extremely malnourished and needed some serious TLC after experiencing such neglect. 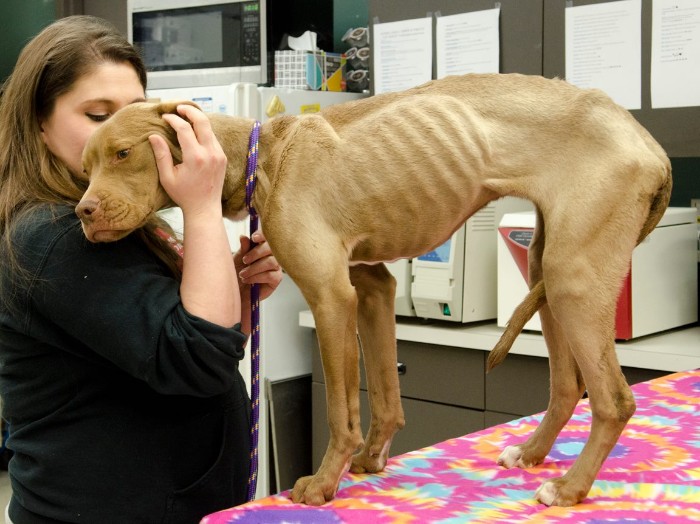 Weezer was well cared for by his rescuers, who also started a Facebook campaign that raised over $2,000 for his treatment. After a stay in the clinic, he was out of the woods and went to live with a volunteer foster family who were equipped to provide the home-care he needed to completely heal.

Weezer (who now goes by Bowie) was eventually adopted by a family who truly loves and cares for him and he is thriving! 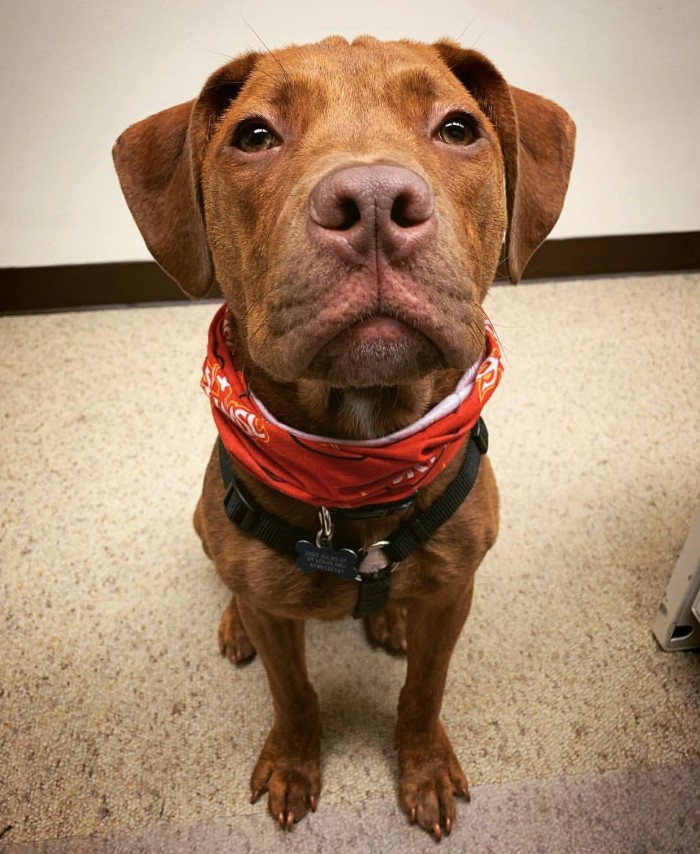 Bowie also has two dog-siblings who he loves to play with and have helped him heal emotionally from the horrific neglect he clearly experienced before being rescued. 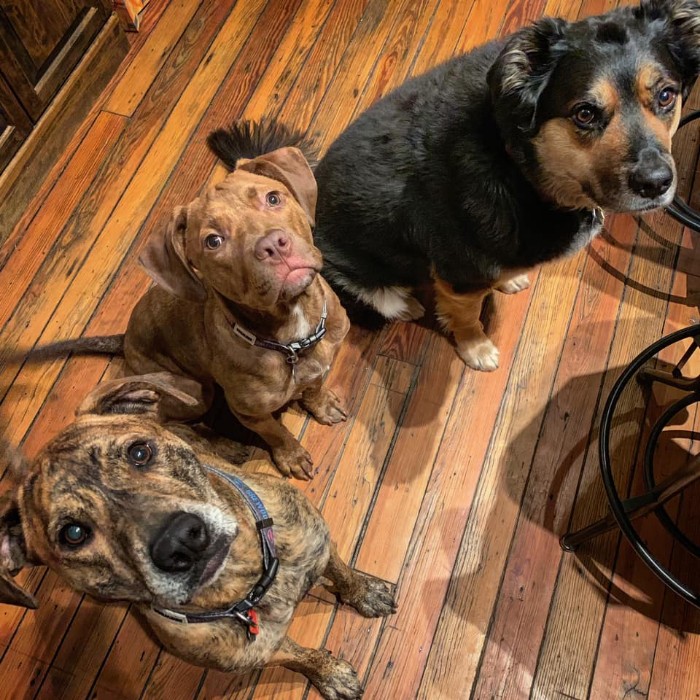 Bowie’s story could have been completely different if it weren’t for the caring people who found him and called the Stray Rescue of St. Louis, the animal care workers who brought him back to health, the anonymous strangers who donated to his cause, or the dog-lovers who let him into their homes so he could heal physically and emotionally.

Bowie is living proof that the good people in the world far outweigh the bad, and that even those with the saddest cries can find comfort and peace again.

Watch Bowie’s heart-wrenching, and heartwarming, rescue in the video below and be sure to share it with your friends!