Animals are known for having a strong drive to protect their young, but those instincts don’t typically extend to other species.

That’s why Molly the beagle’s bond with her baby is so unique. After losing her entire litter of puppies just days after they were born, the grieving mom found comfort in the most unexpected way. 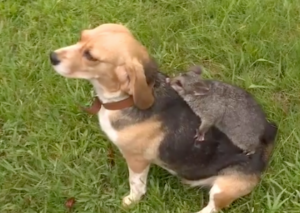 Molly lives with her owners, Elle and Sara Moyle, in Victoria, Australia. One day, she was outside her home and stumbled across an abandoned baby possum. The small creature promptly climbed onto her back and held on, and ever since they’ve been inseparable. 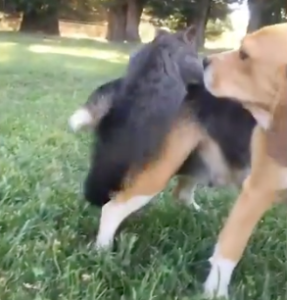 “They’re an unlikely pair,” Elle said. “I think that possum thought that Molly was her mother and vice versa.”

No matter how improbable it may seem, these two were clearly destined to meet! Sara explained that Molly and “Poss” needed each because they both experienced the loss of an important relationship. 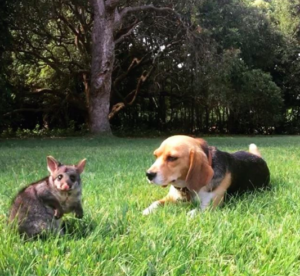 Molly certainly takes her role as Poss’ surrogate mother seriously. As the nocturnal critter sleeps during the day, Elle said, “Molly just sits under the tree where she’s sleeping and just waits for her.” 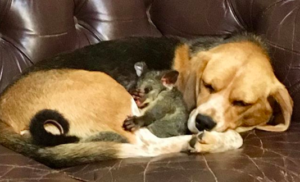 In moments when both of them are awake, Poss can be found clinging to the dog’s back. Molly doesn’t seem to mind. In fact, if her wagging tail is any indication, she loves giving her little one a ride! 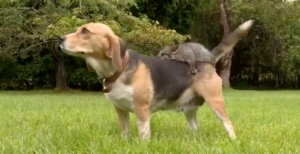 The Moyles aren’t sure how long Poss will stick around once she’s grown, but she and Molly are having a great adventure in the meantime. We’re so glad these cuties found each other!

Learn more about this unusual bond in the video below, and share this story with all the animal lovers in your life.

A pet beagle, distraught after losing her litter of puppies, has adopted a baby possum. #9News | https://t.co/9sptQUCnTq pic.twitter.com/DqewLbbzyU