While technology can certainly be a nuisance sometimes, on the whole, it does make our lives easier.

After all, cars are now safer than ever before and some models do less harm to our planet, the phones in our pockets ensure that we’re never more than a call away from emergency services, and GPS systems keep us from getting lost and running into trouble. Another awesome safety tech device is the voice and video doorbell. These things make it so easy to see and even speak to who’s at your door, or scare away folks who maybe shouldn’t be there.

Like just about anything else, though, these devices can be good for both work and play. One husband named Jesse Lozano decided to give his wife a funny surprise one day on their own doorstep. 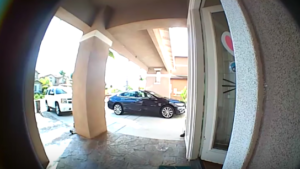 Refusing to let the fire die in his marriage, this gent pulled out all the stops to put on a super-funny show for his favorite lady with a little help from singing heartthrob Zayn Malik. 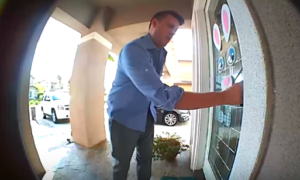 Back in 2016, former One Direction member Zayn Malik released a racy song called “Pillowtalk” that obviously had all his fans swooning. Jesse caught onto the song’s suggestive quality and decided he’d use it to win his wife’s heart all over again (or annoy her endlessly, either one). 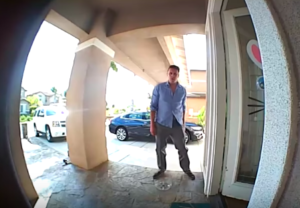 That’s when he came up with the perfect plan. He’d lip-sync the song for her through the video doorbell, which was her idea to purchase in the first place. Jesse set up his “stage,” turned on the song, and really started bringing the drama.

The track began to play as Jesse leaned up against the wall, seductively lip-syncing. 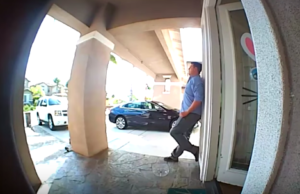 He choreographed the routine from to start to finish, rarely breaking eye contact with the doorbell camera. A little over halfway through, he whipped out a mic stand and things got really saucy. 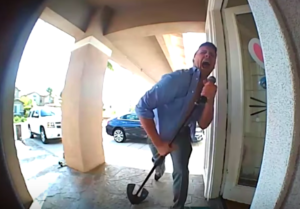 The best part is after he finishes and delivers his punchline, his wife is just so utterly baffled she just trails off with an, “Okay…”

Check out the whole hilarious routine down below and share to spread some laughs today!