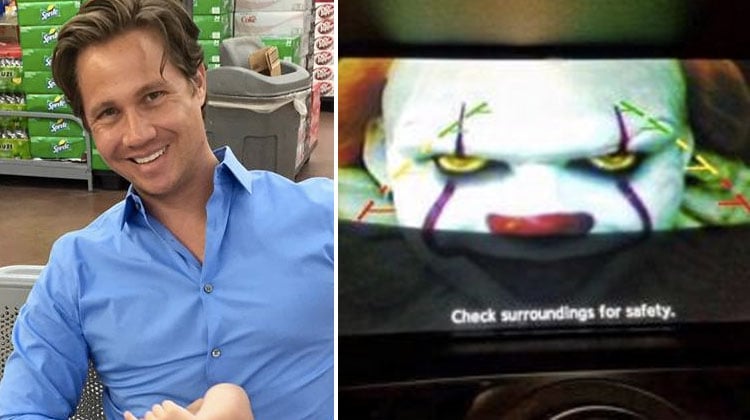 Love can make you do crazy things. Like scare the living daylights out of your significant other by playing a brilliant (and harmless!) practical joke on them. It’s just too tempting when you know the joke will have you both doubling over with laughter…eventually.

Husband, father, and comic relief Bobby Wesson discovered that the car belonging to his wife, Rayena Wesson, has a feature on it that makes it all too easy to give her a little scare.

“My wife’s car has this neat little backup camera that shows what is behind you when you put it in reverse. I had some tape and some pictures… This really took some time!”

He revealed his scheme in a post on Facebook, which also included photos of the car’s backup camera screen. Rather than displaying the street or driveway behind the car that would normally be shown, the screen is instead lit up with the faces of various terrifying creatures including Pennywise the clown. 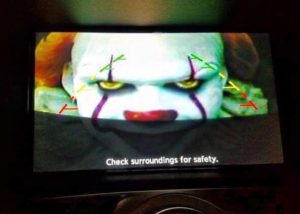 “I got the idea when I left one of [my son] Deacon’s toy dinosaurs on the bumper of her car. When I put it in reverse to move it later that day, its mouth full of teeth showed up super huge in the wide, fish-eye lens of the backup camera. It made me jump halfway out of the seat! I wanted to share that feeling with the people I love, ha ha.”

Ah, true romance! Bobby clearly really loves his wife, because he didn’t “share that feeling” with Rayena only once or twice at home. Rather, he made many covert expeditions to catch her when she’d least expect it. 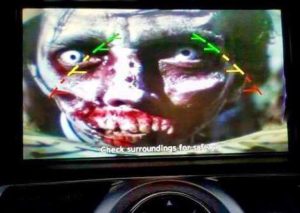 “I had to get creative… I wasn’t going to be able to get her at home, once her guard was up; so I drove to her work and rolled through the parking lot until I found her car,” explained Bobby.

But it gets better.

“After that, I got her at the tanning bed, the gym, the grocery store… It’s harder than it sounds, because I had to do a test run with each picture and remember exactly how to set it up and make it look right, before I fixed it to the camera, on the fly. She caught me once at the pharmacy, People watching the scene thought she had caught me trying to steal her tag or vandalize the car—It was pretty funny. All in all, those few pictures took over a month or so; and she still walks all the way around her car before getting in it now.”

If that’s not a labor of love, we don’t know what is! 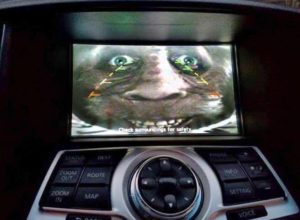 Luckily, Rayena seems to have an equally brilliant sense of humor. In some screenshots of text conversations between her and Bobby, she takes each startling joke in stride, even going so far as to use them as a means to get her husband to finally build her china cabinet. 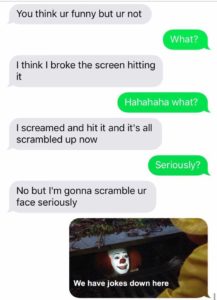 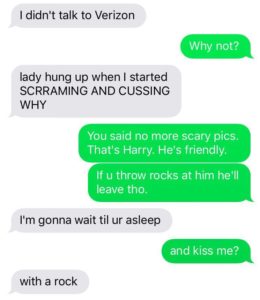 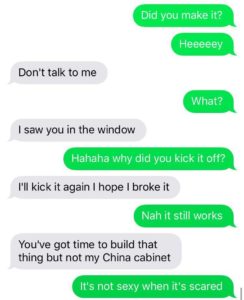 We love to see relationships filled with laughter, love, and excellently executed pranks. Share if you do, too!