Sometimes in life, you just have to get down with your bad self and dance.

Whether you have Michael Jackson-level skills or you embarrass everyone you’re with when you break it down, there’s just something so fun about letting loose when your favorite song comes on. One place where that’s pretty likely to happen is at a music festival, and when one festival-goer heard his favorite Bruno Mars song, he just had to bust out all his best moves. 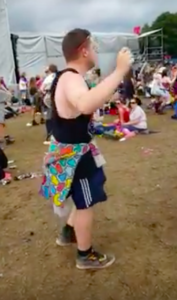 When you choose to dance in public these days, you best believe that there will be a camera pointed at you if you A) are absolutely horrid or B) you nail your freestyle performance. Fortunately for this talented guy, his case was very much the latter. 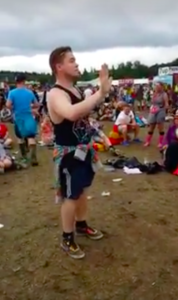 When he started warming up, his moves were pretty tame. He clearly had a sense of rhythm but he eased everyone in slowly. 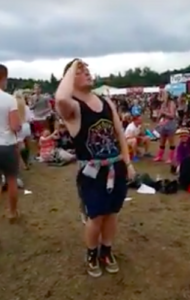 By the time the chorus hit, though, he decided that everyone was ready to see what he was really working with. At one point, he made it seem like he was getting tired. He stopped for a few seconds even as the people around him continued to go crazy over his skills, but oh no. He wasn’t finished yet. He made sure to hit ’em with a split to remind them that he is, indeed, the king of dance. 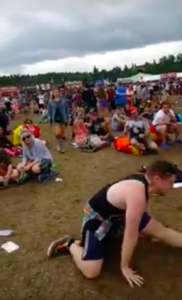 As the song wrapped up, he was absolutely surrounded by fans, all of whom made sure to take their phones out and share his incredible routine with the world. The weather was a little overcast and gray, but he could not possibly have been any less bothered. He made no secret of the fact that he was having a total blast. 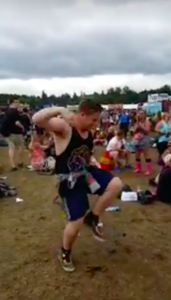 Make sure you check out the full video down below and try not to be too jealous. We can’t all achieve dance floor greatness.