Okay, folks. Listen up. Driving drunk is a serious issue that we should never take lightly.

That’s why one funny dad took his little daughter to task one day when he found out she was doing the unthinkable: drinking and driving. Fortunately, she wasn’t 16 and chugging a beer in the driver’s seat of her hand-me-down Subaru. His best girl is of the tiny variety and when she found herself trapped on a snowdrift in her Cozy Coupe, Dad did what any responsible father would do…

He played cop and told her to keep her hands where he could see them. 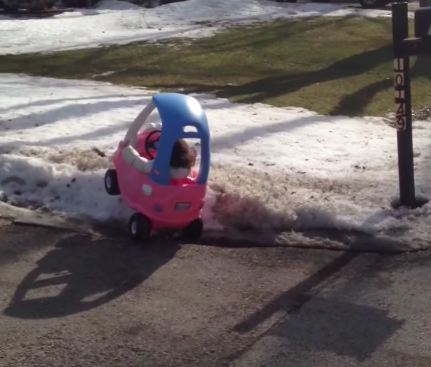 “Ma’am, what’s the problem?” he asked as he approached the car, still unaware of his daughter’s debauchery. 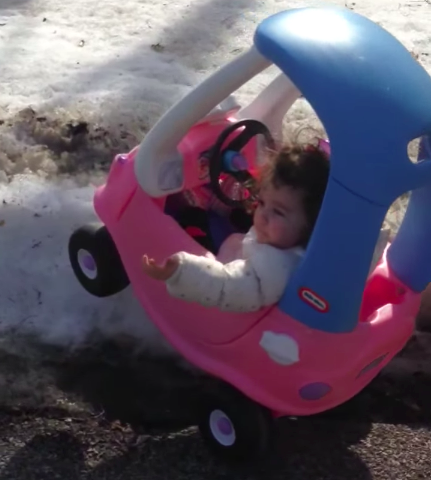 After crouching down for a better look, he saw it: a purple sippy cup filled with who knows what?! (Milk, probably.)

In horror, he asked, “What is in the cup?” Fully unbothered, the tiny tot simply stared back at him with such confidence. She knew she’d never go down for this one. 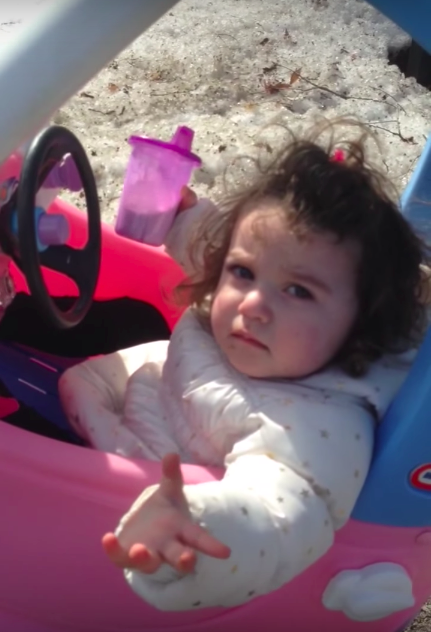 “M’am, I need you to drop the cup,” Dad demanded, but the tiny tyke knew that the charges would never stick, unlike that Play-Doh she was taste-testing earlier.

“Yep, she’s resisting,” he said in utter disdain. How did it come to this? What else could he have done as a father? “Yeah, I’ve had this one before,” he said over his imaginary police radio. “She’s caught drinking and driving.” 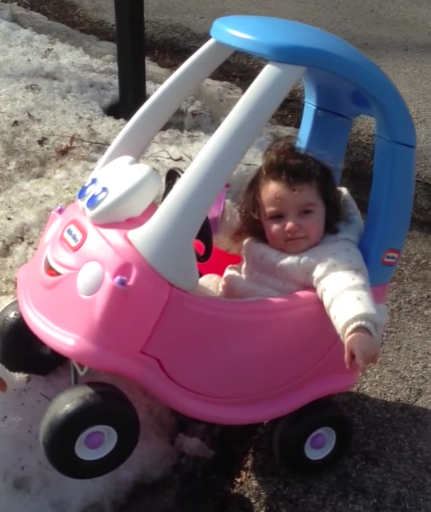 Sadly, given her smoldering, Tyra Banks-esque gaze and her immaculate outfit, she probably did this for the attention — and maybe even some ice cream.

To watch the entire hilarious scene unfold, check out the video down below and be sure to share it with your friends to spread the laughs for this dad’s silly antics!