Max Quaglio’s passion for cars and trucks has been burning ever since he was a baby. If it had a steering wheel, he loved it, his dad Ben Fitznar said.

After nurturing a lifelong interest in motor vehicles, it was only natural for Max to want to turn it into a career. While many people told him he couldn’t, nothing would get in the way of his dream of becoming a truck driver — not even cerebral palsy. 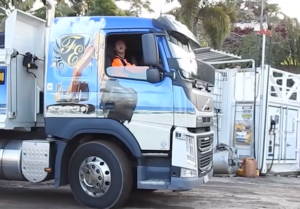 As a kid, Max couldn’t play sports or join in on fun outdoor activities with his peers. The disorder won’t allow him to, as it affects his body movements as well as his speech. Still, Max had a blast learning to drive with his dad in rural Queensland, Australia. At 14 years old, he was a pro at four-wheel driving. He went on to get his learner’s permit at 16 and describes it as “one of the best days of my life.” 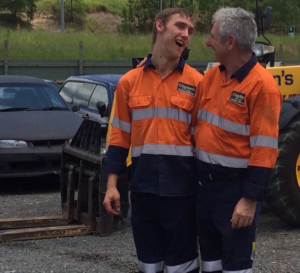 But the teen had bigger aspirations for the road — and the determination to see them through. Plus, his parents believed in him. 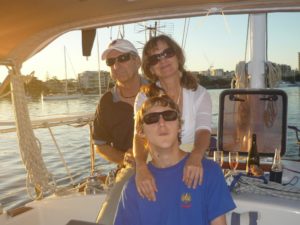 She was right — Max worked hard with an occupational therapist and a specially trained driving instructor to earn his license. His next goal? Being hired as a professional driver. He knew he’d have to prove doctors wrong and convince his future employers. But he was up for the challenge.

“He would persevere at things until he got it right. It’s that perseverance that’s got him to where he is today,” Grace added. “Max has the will. That’s who he is as a person.” 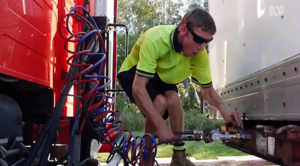 Eventually, Max was hired by a towing company, where he learned to drive forklifts, excavators, and tow trucks! Now he even holds a multi-combination truck license. The 22-year-old has since taken a job with a different company driving trucks by himself. And he loves the independence.

“Being out on the road, there is nothing like it,” Max said. “Especially when I’m driving a truck, it’s just the feeling of being the king of the road.”

Max is living proof that all we need to achieve our goals is the drive and determination to see them through. Nothing can hold us back if we refuse to give up. Enjoy your passion turned career, Max! You’ve earned it!

Learn more about the young man’s road to success in the video below, and share his story to inspire others.