Trey Kruse is so much more than a friend to Adam Potter. He’s a lifeline in a confusing, often overwhelming world.

Before moving with his family to Stillwater, Minnesota, when he was in the second grade, Adam (pictured below on the left) didn’t have any friends. Connecting with others isn’t easy for people with autism, after all. That’s why his parents, David and Lisa, were amazed by the instant bond he formed with his new classmate, Trey (right). 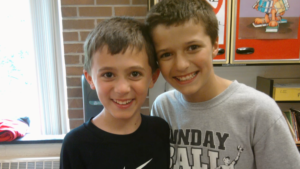 From the moment the little boys met at Stonebridge Elementary School, it was as if Trey just knew what Adam needed. Over the years, whenever Adam had a bad day or suffered a meltdown at school, his teachers knew to look for Trey, who never fails to comfort his best friend. 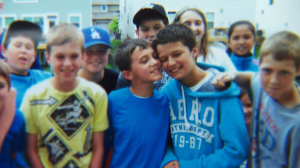 Now both Trey and Adam are high school seniors. Adam takes special education classes while Trey is busy juggling advanced courses with being on the football team and his role as captain of the wrestling team. They’re still just as close, but Lisa says their friendship has made a crucial change in Adam’s social life.

“Because of Trey’s interaction with my son, he set in motion the ability for other kids to start forming relationships with my son. All of a sudden, Adam was coming home and calling all these people his friend,” she said. 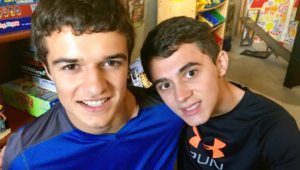 And despite spending most of their days at Stillwater High School separately, they still make time to do all the things they love together, including playing board games, working out, and eating at their favorite restaurant, Noodles & Company. One time, Trey even drove 30 minutes and sat through a three-hour dance recital to watch Adam perform for five minutes. 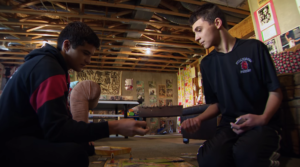 Adam still struggles at school sometimes, especially whenever Trey is absent. But most times, the two make a point to see each other twice a day in the hallway. Adam always anxiously awaits these meetings, and when he finally sees Trey, he lights up.

“Every day he’s trying to navigate this foreign language and trying to figure out what we mean,” Lisa said. “Trey is that bright light that reminds him everything’s going to be OK.” 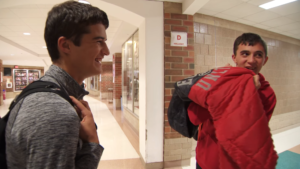 With graduation just months away, David and Lisa aren’t sure how Adam will handle Trey leaving for college. They’re confident, however, that Trey will make good on his promise to visit during breaks. They also hope the friendship will inspire others to reach out to anyone who needs a Trey in their life.

“As a parent, I know that we can always count on Trey,” Lisa said. “He has this character, that’s who he is.”

Learn more about how one little boy changed another’s life for the better in the video below. Share this story as a testament to the power of friendship.